Jung Hyung Don and Defconn appeared on “Yoo Hee Yeol’s Sketchbook” to take on the challenge of performing their “impossible” track!

On April 1’s episode of the music show, the pair appeared as the duo Hyungdon and Daejune to perform their new track “Rap Impossible,” which they released last month. The song features lyrics that are hilariously nonsensical and purposely incredibly difficult to rap, and so they hadn’t yet attempted to perform it live.

Host Yoo Hee Yeol joked as he introduced the pair that the staff were all nervous about their performance, and that it wasn’t a question of how cool the guys would look but rather whether or not they’d be able to perform the song.

As expected, Jung Hyung Don had some difficulty from the beginning as he took on the first verse, slipping up several times and beginning to just slur the words together as he rapped, and even rapper Defconn cracked up at himself as he struggled to pronounce the tongue-twisting lyrics. “I think we might not have prepared enough yet,” he announced to the crowd.

Yoo Hee Yeol then came up on stage to put an end to it as Jung Hyung Don protested, “We weren’t that wrong!” Defconn agreed but then pointed at him and said, “What are you doing? You did it well two days ago!” 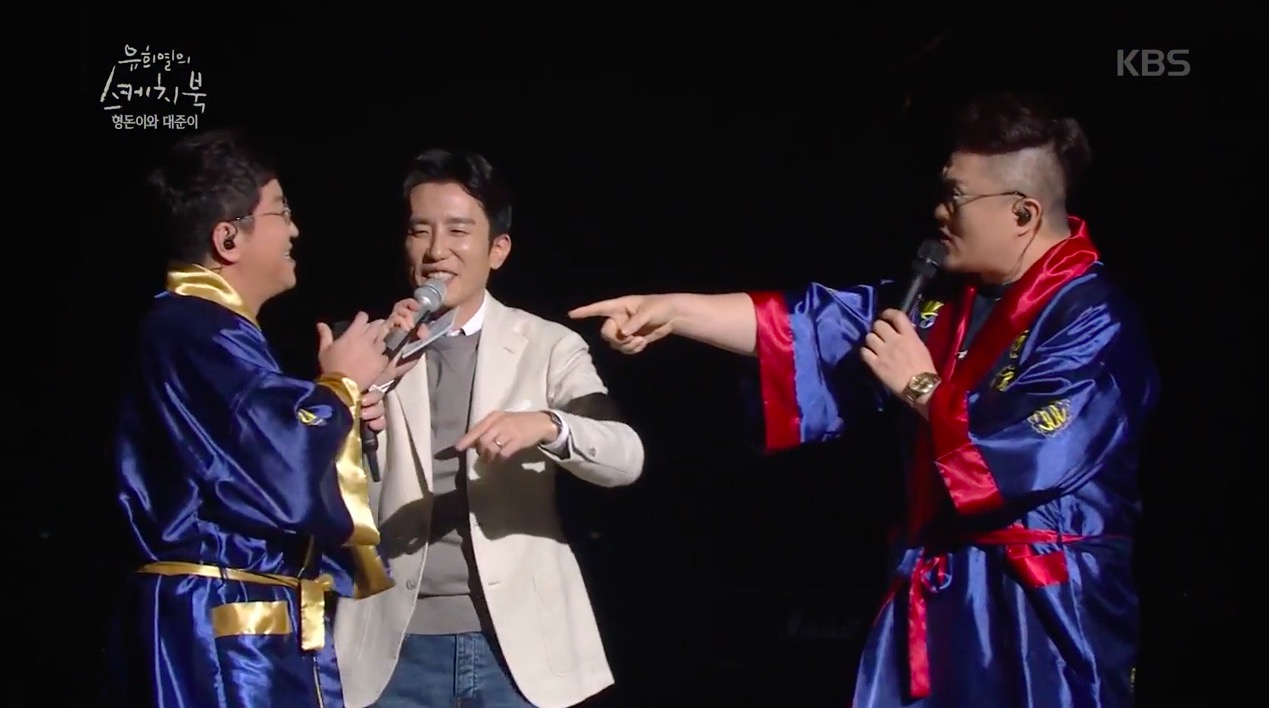 Yoo Hee Yeol laughed as he said, “This is the first time a performance has ever been stopped on the show!”

After the guys joked about their failed performance, Defconn insisted that he wanted to give it another shot because they hadn’t even gotten to his verse yet.

Later on, they managed to get through the whole song! You can watch their failed first attempt and more successful attempt here.