You’ve never seen princesses as pretty as these two!

On April 20, JTBC’s “Carefree Travelers” shared a hilarious photo from an upcoming episode that will feature Highlight’s Yong Jun Hyung and Yoon Doo Joon as guests.

The pair and the rest of the cast members recently traveled to Japan in order to film, and visited a Venetian art museum located in Otaru, Hokkaido, where the photo was taken. 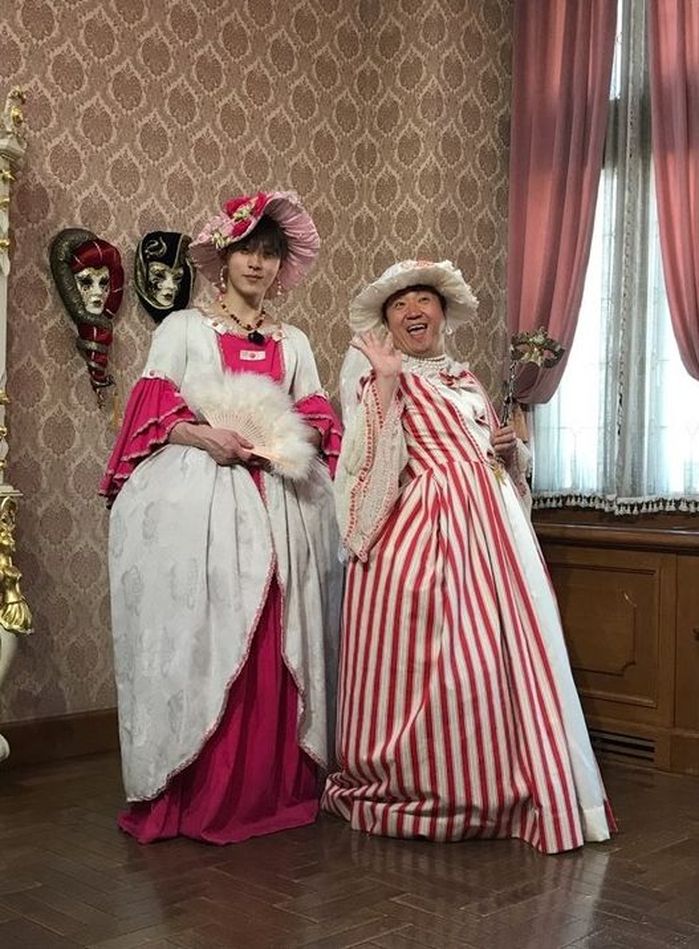 The producers revealed that Jung Hyung Don and Yong Jun Hyung ended up in this predicament after a fierce game of rock-paper-scissors. While they used all their wits to try and avoid the punishment of dressing up, the two stars reportedly couldn’t hide their flabbergasted expressions when they lost.

Check out how the scene unfolded during a future episode of “Carefree Travelers,” which airs every Tuesday, at 10:50 p.m. KST!