Jung Il Woo will be met with a situation that causes him extreme agony in SBS’s “Haechi.”

The new preview stills from February 19 reveal Jung Il Woo (playing Prince Yeoning) in a state of devastation with his clothes disheveled and drunk to the bone. Meanwhile, Lee Kyung Young (playing Min Jin Heon) and Jung Moon Sung (playing Prince Yi Tan) exchange messages with their eyes, suggesting they are up to no good. 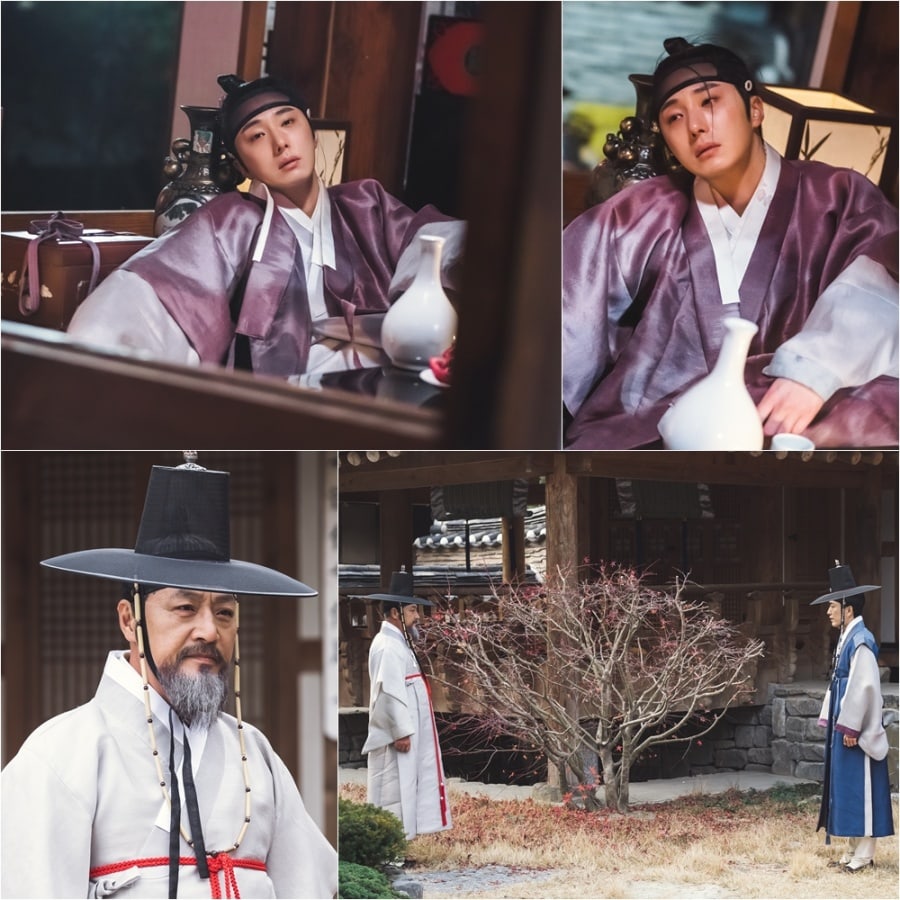 In another set of stills, Jung Il Woo walks through the pouring rain with a soulless expression. Holding a bottle of liquor in one hand, he appears sickly and ready to faint at any moment. The last image shows him sinking to the ground and weeping sorrowfully. 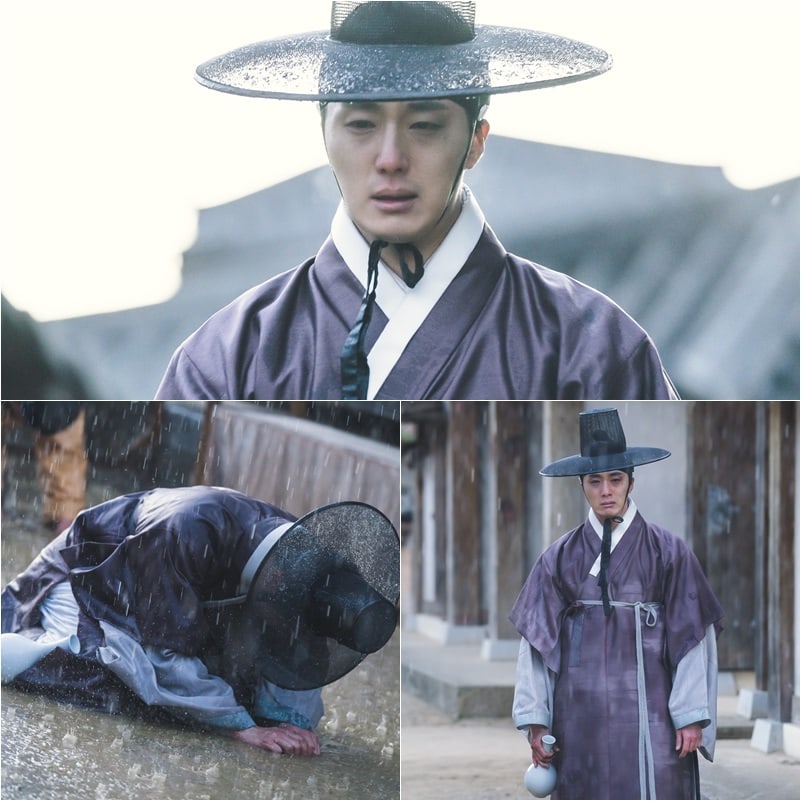 Director Lee Yong Suk shared, “Jung Il Woo filmed the rain scene as many as six times,” and it was revealed that he had surprised the staff with his ability to focus on his character despite the blindingly heavy rain.

The drama’s production staff also stated, “Joseon will turn into a new world after the incident that caused Jung Il Woo to cry sorrowfully. We ask you to look forward to the actions Jung Il Woo will take in response to the flurry of events.”

The upcoming episodes of “Haechi” will air on February 19 at 10 p.m. KST. Catch up with the latest episode below!