Actor Jung Il Woo prepared a special surprise for the cast and crew of his drama “Haechi”!

Jung Il Woo is currently starring in the new SBS historical drama as Prince Yeoning, a brilliant prince who was born to a common woman and who therefore cannot become king.

While recently filming a difficult rain scene in subzero temperatures, Jung Il Woo surprised his colleagues by sending a food truck to the set of the drama. Even amidst his hectic filming schedule, the actor found the time to personally select the menu, and his fellow cast and crew members were delighted to find that he had provided enough hot food to feed a whopping 200 people.

A representative of Jung Il Woo’s agency commented, “Jung Il Woo always worries about the production staff, who have been working hard on set in this extremely cold weather. Jung Il Woo hoped that the food truck would give them a little strength, and he felt very rewarded after seeing just how happy it made his co-stars and the crew.”

The producers of “Haechi” remarked, “Even with a difficult filming schedule, Jung Il Woo is always full of vibrant energy, and he is the No. 1 contributor to brightening the atmosphere on set. We were very worried about filming the rain scene, but thanks to Jung Il Woo’s caring heart, everyone was able to come together and wrap up the filming on a happy note.” 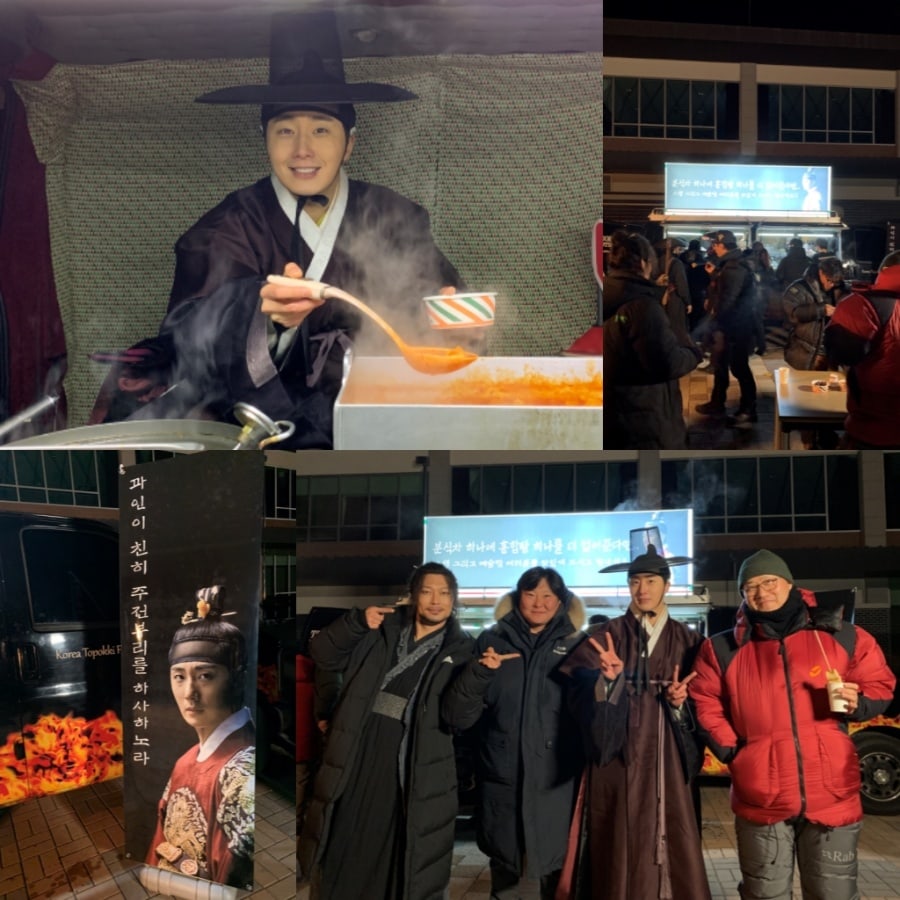 “Haechi” airs on Mondays and Tuesdays at 10 p.m. KST. Check out the latest episode with English subtitles below!