The drama follows a star songwriter named Ha Rip (Jung Kyung Ho), who sold his soul to the devil in exchange for money and success. As his contract with the devil nears its end, Ha Rip plays the game of his lifetime, with his life as collateral, to keep his soul. When he finds out that his wealth and success were given to him by stealing the talent and life of a young girl, Ha Rip sets out to restore his own life, as well as the lives of those around him.

Park Sung Woong plays the top actor Mo Tae Gang, who is possessed by the devil Ryu, to whom Ha Rip sold his soul. 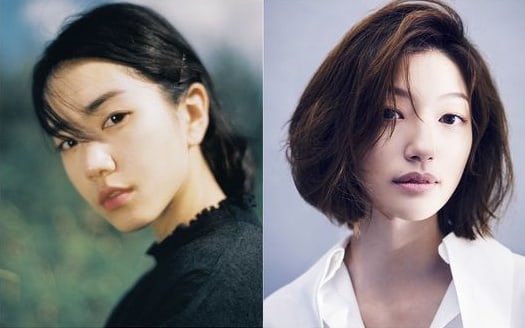 Up-and-coming actress Lee Seol, who most recently appeared in “Less Than Evil” as a genius psychopath, takes on the role of the no-name singer-songwriter Lee Kyung, who only knows bad luck. When she becomes known to the world with the help of Ha Rip, her entire life changes, for better or for worse.

Lee El is Ji Seo Young, the CEO of Ha Rip’s agency Soul Entertainment. She’s the colleague that Ha Rip trusts and relies on more than anyone, and she’s also his brutal adviser.

“When the Devil Calls Your Name” takes Goethe’s “Faust” as a motif, and will be led by director Min Jin Ki of “Circle” and writer No Hye Young of “Please Come Back, Mister.” The drama is slated to air on tvN in the first half of the year.