Jung So Min and Seo In Guk are full of love in newly-released stills!

On November 13, tvN’s “The Smile Has Left Your Eyes” released stills of Kim Moo Young (played by Seo In Guk) and Yoo Jin Kang (played by Jung So Min).

In the stills, Kim Moo Young sits on his knees to look at Yoo Jin Kang while she looks back at him with a loving smile. The two are then caught in a sweet embrace that makes viewers’ hearts flutter.

Kim Moo Young appears to be full of happiness as he lies his head on his girlfriend’s lap. Yoo Jin Kang holds him close and continues to smile. This makes viewers wonder if the two lovers will be able to continue their relationship despite the many difficulties that threaten to break them apart. 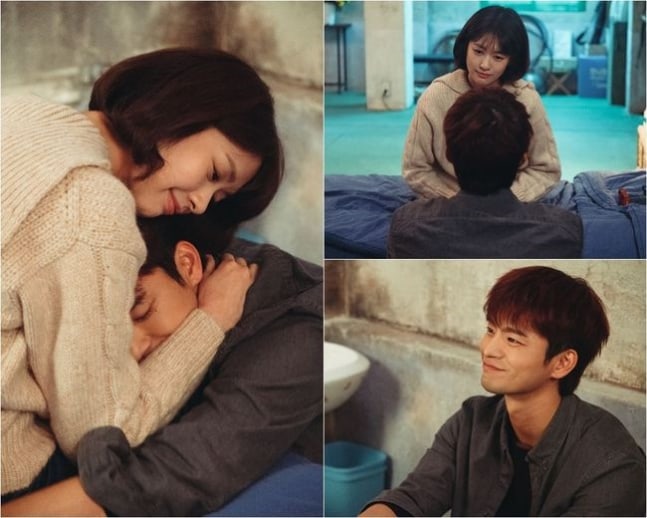 A source from the drama stated that the two actors tried to show the “warm, close hug” in various camera angles and worked hard to capture the most heart-fluttering scene.

Last week, Kim Moo Young and Yoo Jin Kang continued their relationship despite the disapproval from her brother Yoo Jin Kook (played by Park Sung Woong). It was also revealed that Kim Moo Young, whose real name is Kang Sun Ho, was the boy Yoo Jin Gook searched for 25 years ago.

Will Kim Moo Young and Yoo Jin Kang be able to protect their love? Find out when “The Smile Has Left Your Eyes” airs on Wednesdays and Thursdays at 10 p.m. KST.