Actress Jung So Min recently recently sat down for an interview and expressed her satisfaction for the ending of “Because This Is My First Life,” as well as her hopes for a second season.

She began by saying, “The atmosphere on set was always great. I recently spoke to our director over the phone and it made me ache for the time I spent on set. I loved it so much that I found myself thinking, ‘I didn’t know filming could be this fun.’ My heart hasn’t accepted that it’s over yet. I was so happy to have worked with people I’d wanted to work with.”

“Because This Is My First Life” was the story of a budding romance between Yoon Ji Ho, who was in need of a place to call home, and “House Poor” homeowner Nam Sae Hee. The drama ended with a happy ending for the two characters as they reunited after spending some time apart. Jung So Min expressed that she was satisfied with how the drama ended because it was a happy ending. 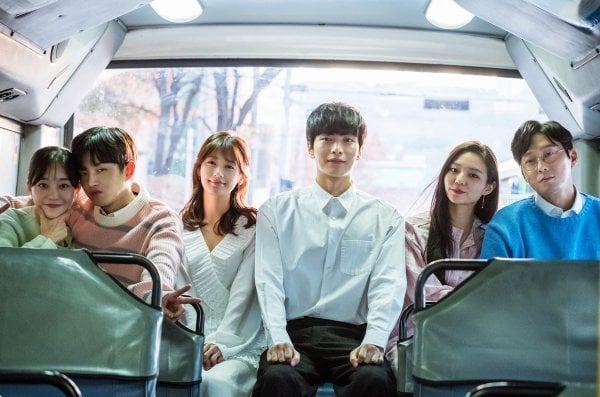 With how happy she had been working on the drama, Jung So Min also shared her hopes of revisiting the role of Yoon Ji Ho in a new season. She said, “I know that the drama ended with a closed conclusion and a happy ending. Even I thought, ‘Do we have more stories to share? This will be the last time I see this character, right?’ But all of us still talk about coming back with a second season. Even our director jokes that all of his productions have made multiple seasons except one, ‘Bring It On, Ghost.’ I think we’d be able to create even more interesting stories with a new season, and in my opinion, anything our writer creates is bound to be good.”

She concluded by saying, “I’ve never made a special effort to let characters go. If they decide to stick around in my mind, I let them. Yoon Ji Ho is a character I hope stays with me for a long time because I see so much of myself in her.”

Jung So Min has been making her mark as a young actress this year through KBS 2TV’s weekend drama “Father is Strange” and tvN’s “Because This Is My First Life.” Now that the latter has come to an end, she will be taking a break and looking over potential future projects.

Would you like to see “Because This Is My First Life” return with a second season?

Watch “Because This Is My First Life”: