On December 12, actress Jung So Min met her fans through a V Live broadcast.

She opened with talk about her recently ended tvN drama “Because This Is My First Life.” “Of all the dramas I’ve done until now, the character that resembled me most was Yoon Ji Ho from ‘Because This Is My First Life,’” she said. “Whether it’s her family relationships, the methods she chooses to follow her dream, there are a lot of similar points. The fact that she has two really close friends by her side is also similar to me.”

Jung So Min then shared some cute behind-the-scenes stories from set. “There were two cats that filmed with us on ‘Because This Is My First Life,’” she said. “We would use one or the other while filming, but the one called Lime liked being cuddled, even more than dogs do. On the other hand, Mint hated being cuddled but stayed still in one’s arms.” 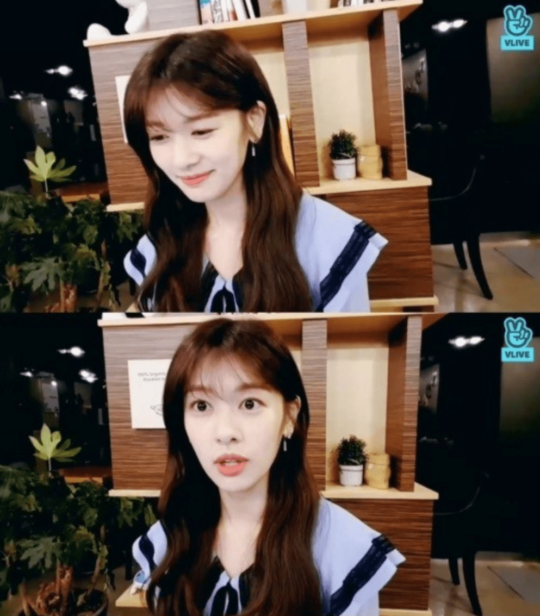 The actress updated fans on what she’s been doing since the drama’s end, saying, “I just hang out at home, reading books. I think I’ll rest for a while. I’m reviewing new projects and I want to find a good one. Nothing has been decided yet but if the opportunity arises, I’d like to go out on variety shows as well.”

She also shared her ambition to become a radio DJ. “I went out as a guest on a radio show twice and it was really fun,” she said. “There is a warmth unique to the [radio] booth and I’ve thought for a while that I want to do that someday. If a good opportunity comes up, I’d like to be a radio DJ.”