Jung Ryeo Won has fun goofing off behind-the-scenes for her drama “Wok of Love.”

Jung Ryeo Won is currently starring in “Wok of Love” as the clumsy yet sweet female lead Dan Se Woo. In previous episodes, the actress carried out some impressive drunk acting, which she used to show that some people can be especially adorable when drunk. She also showed off her chemistry with 2PM’s Junho, who plays Seo Poong, and Jang Hyuk, who plays Doo Chil Sung.

The behind-the-scenes photos show Jung Ryeo Won when she filmed a drunk scene with Junho and Jang Hyuk. The three eat and drink together. Upon getting tipsy, she begins acting cute and announces proudly, “I’m not a woman who sleeps just anywhere.” She then promptly climbs into a suitcase and falls asleep.

In the photos, Jung Ryeo Won not only shows off her cute side, but she also has fun while sitting in the suitcase. She goofs off and makes silly poses, showing just how much energy the actress brings to the set. 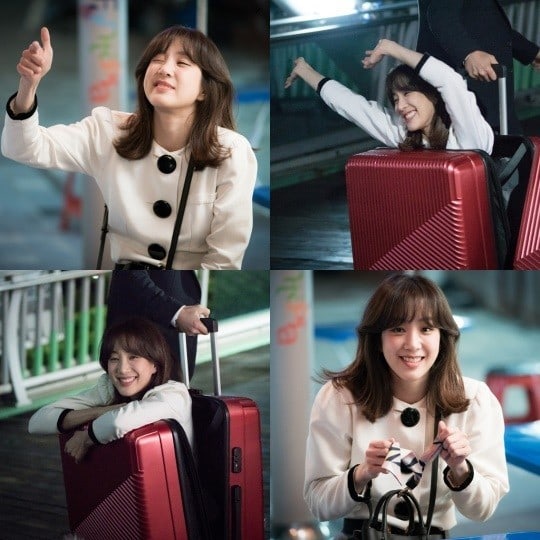