Jung Woo Sung showed his charms as both a gentleman and a food lover on the most recent episode of “The Manager.”

On the February 16 episode of the variety show, Jung Woo Sung and his manager met up with Lee Young Ja and her own manager.

Lee Young Ja’s manager revealed, “Jung Woo Sung became a fan of Lee Young Ja after watching ‘The Manager’ and invited her to his movie screening. He also said he wanted to eat a meal with her. I heard that other actors want to eat with her as well.”

During the event, Jung Woo Sung mentioned that Lee Young Ja and her manager were here and personally thanked them for coming. Her manager couldn’t stop blushing, and he remarked, “I was shocked. I was amazed that he knew me. He’s a great actor, and he called my name, so I was very happy.”

After the movie screening, Lee Young Ja and her manager went backstage to meet up with Jung Woo Sung. The actor warmly greeted her and commented, “It’s been a century since we met. I saw you in the 20th century and now it is the 21st century. Since I invited you, should we eat together if you have time?” 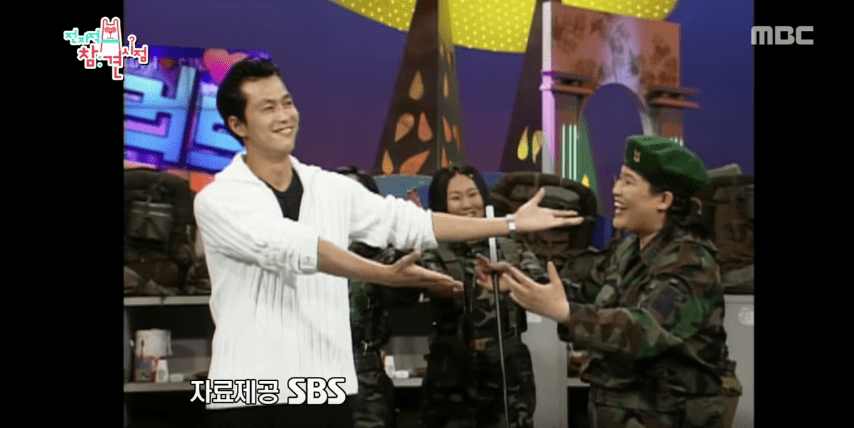 In the end, they decided to go eat spicy squid together. Jung Woo Sung and his manager went to the restaurant first and waited for Lee Young Ja and her manager. When she came, he handed her a bouquet of flowers, shaking the hearts of Lee Young Ja and the panel. She buried her nose in the flowers to take a whiff of the scent, and he joked, “You’re not eating them, are you?” Laughing, she playfully quipped, “They would be good in the bibimbap [mixed rice].”

Jung Woo Sung’s good manners didn’t stop there, as he also pulled out the chair for her. Out of embarrassment, Lee Young Ja joked, “You don’t know women very well. I sit with two chairs put together.” Jung Woo Sung played along with her joke by putting two chairs together and pulling them out at the same time. 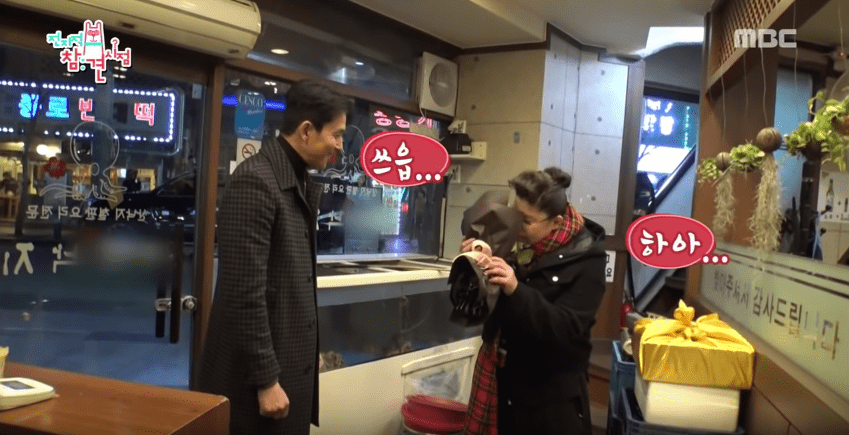 In response to his sweet manners, Lee Young Ja personally mixed his squid bibimbap for him, making everyone watching them jealous. Jung Woo Sung couldn’t contain his excitement, and after trying the food, he eagerly responded, “It’s so delicious! How can the squid still be alive? It’s sweet.” 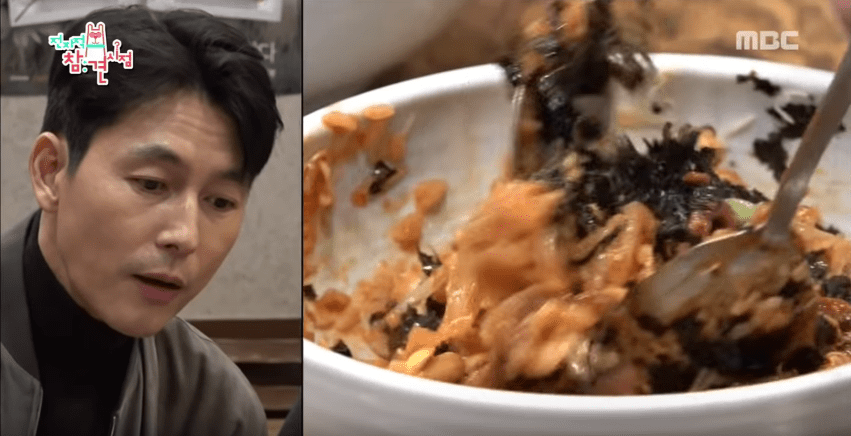 Jung Woo Sung shared that his manager had been working with him for nine years. His manager added, “I started working for him at the age of 22, and I’m 31 years old right now.”

Lee Young Ja mentioned there must be certain charms about Jung Woo Sung that gave him the will to stay as his manager for that long. His manager praised the actor, saying, “He’s kind and considerate. He treats me like his younger brother rather than a manager. Yesterday he bought me two suits from expensive shops and delicious food at a nice restaurant.” 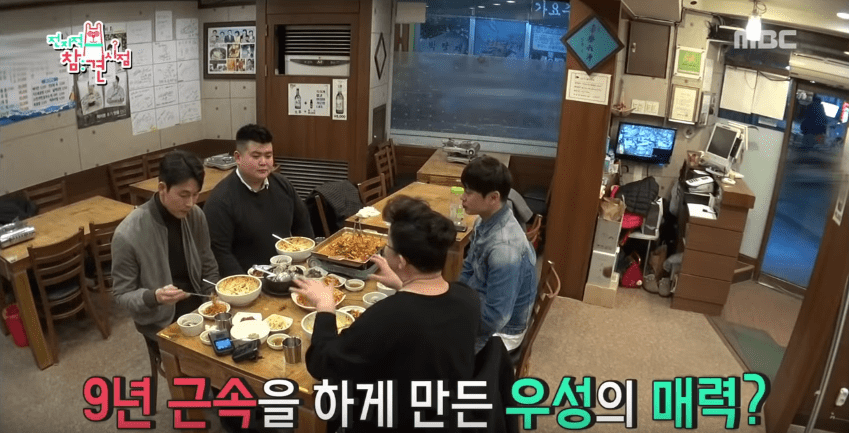