On December 21, actor Jung Woo Sung filmed a video message to support the employees who are participating in the ongoing KBS strike.

In his video message, he said the following:

“I came to appear on KBS News as the goodwill ambassador for the UN Refugee Organization, and to give a message of support to you all.

“I entered KBS yesterday for my news appearance, and the desolate atmosphere weighed heavily on me. It really was a different feeling seeing the strike with my own eyes rather than just hearing about it.

“As soon as I entered the office, there were a lot of desks without their owners, and the bleak and still atmosphere seemed to show the history and suffering of KBS’s past ordeal, and I heard it as though it was a harsh cry.

“KBS made many mistakes as a public broadcast network. As a result, many viewers have been hurt and neglected, and are now choosing to turn away and ignore KBS.

“However, I think if you persevere with a sincere voice, it will pass through the cold winter air and over Gwanghwamun to the viewers and citizens all over the nation, and their eyes and ears will turn back to you all and KBS.

“Still, I think it is an admirable and respectable thing for thousands of people to gather their strength and senses, and give up their salaries to fight for the normalization of public broadcasting together. Do not get worn out. You are not alone.

“I will be cheering alongside all the viewers and citizens who wish for KBS to return as an improved public broadcast network. Have strength!” 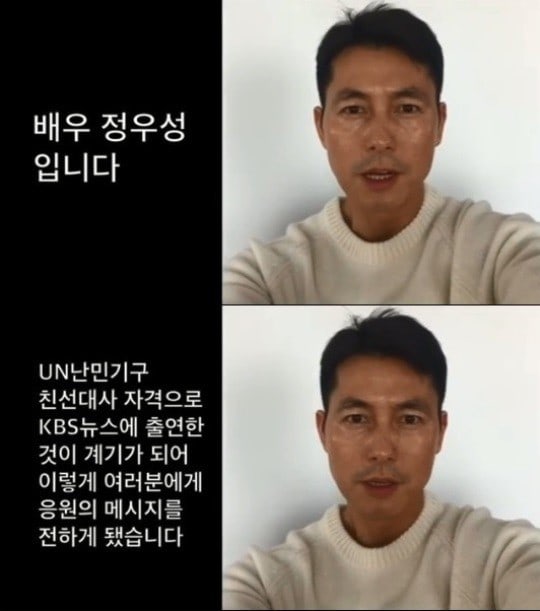 KBS’s company-wide strike began on September 4, with workers calling for the resignation of the network’s president Ko Dae Young and politically unbiased news reporting. Many shows are currently on hiatus due to the strike.

MBC workers also went on strike on the same day, however the strike ended after the president of the network was dismissed last month.