On May 2, MBC’s upcoming legal drama “Partners for Justice” released stills of Jung Yoo Mi and Park Eun Suk surrounded by a crowd of reporters.

In the drama, Jung Yoo Mi plays the role of a sensitive newbie prosecutor Eun Sol who has a photographic memory also known as eidetic memory. Park Eun Suk takes on the part of an elite prosecutor Kang Hyun who has led a successful career so far.

The released stills show Eun Sol overwhelmed as she encounters a group of reporters waiting for her outside the Prosecutors’ Office. The reporters surround her and bombard her with questions while she remains frozen, not knowing how to deal with the situation. 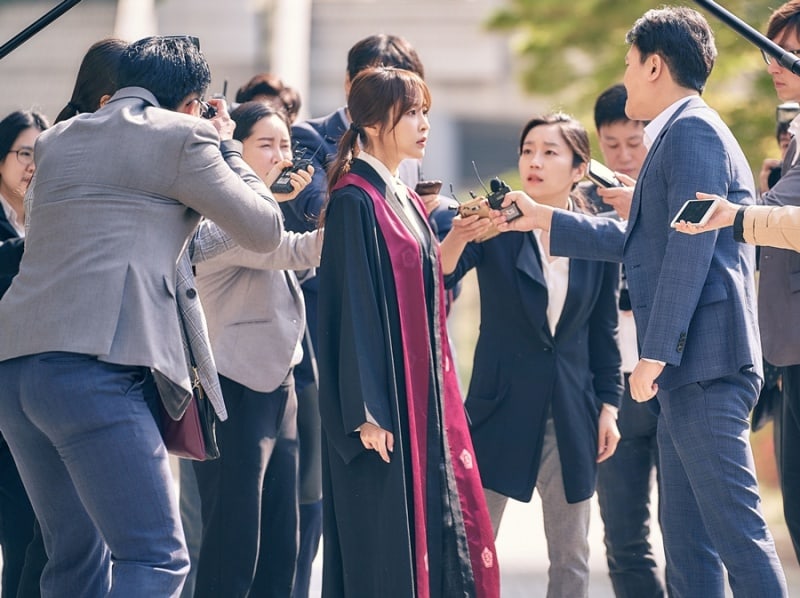 Kang Hyun steps in at that moment, guarding her against the reporters with strong charisma. His protective attitude towards Eun Sol hints at their relationship that will unfold throughout the drama. 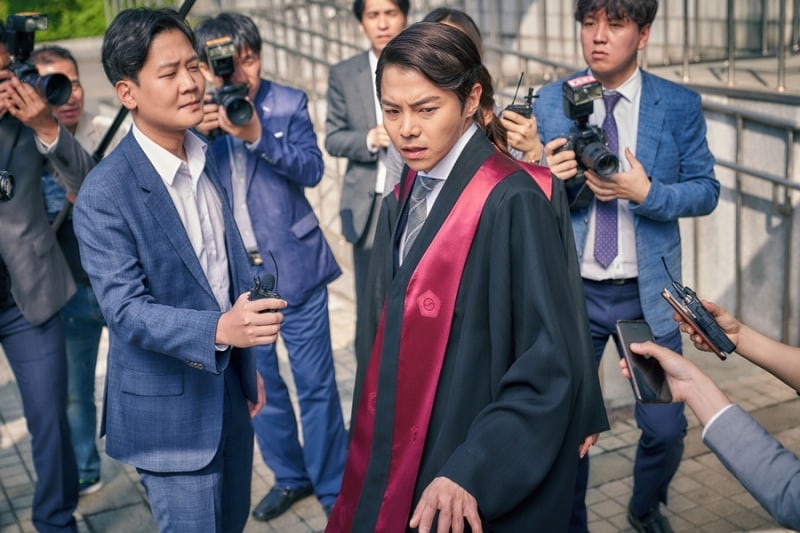 The production staff of “Partners for Justice” shared, “Park Eun Suk has been expressing his affection for his character. He has been showing off his gentle charms that don’t fall short of his title as the Prosecutors’ Office’s dandy man through impeccable character analysis.” They added, “Please look forward to the detailed acting by Jung Yoo Mi and Park Eun Suk, who will perfectly portray the two prosecutors in search for truth.”

“Partners for Justice” is set to premiere on May 14 at 10 p.m. KST as a follow-up to “Tempted.” The drama will also be available on Viki!