“Just Between Lovers” is a drama about Lee Kang Doo (played by Junho), a tough but reliable young man, and Ha Moon Soo (played by Won Jin Ah), a woman who hides her pain and dreams of a normal life. The two learn to love and embrace each other, patching up their wounds.

In the released stills, Junho angrily grabs Lee Ki Woo by the jacket, while Lee Ki Woo gazes at him with a slight, mysterious sneer. The difference between the two is emphasized even further as Lee Ki Woo has a clean, mature aura, while Junho’s wild hair, cuts, and bruises highlight his wild energy. 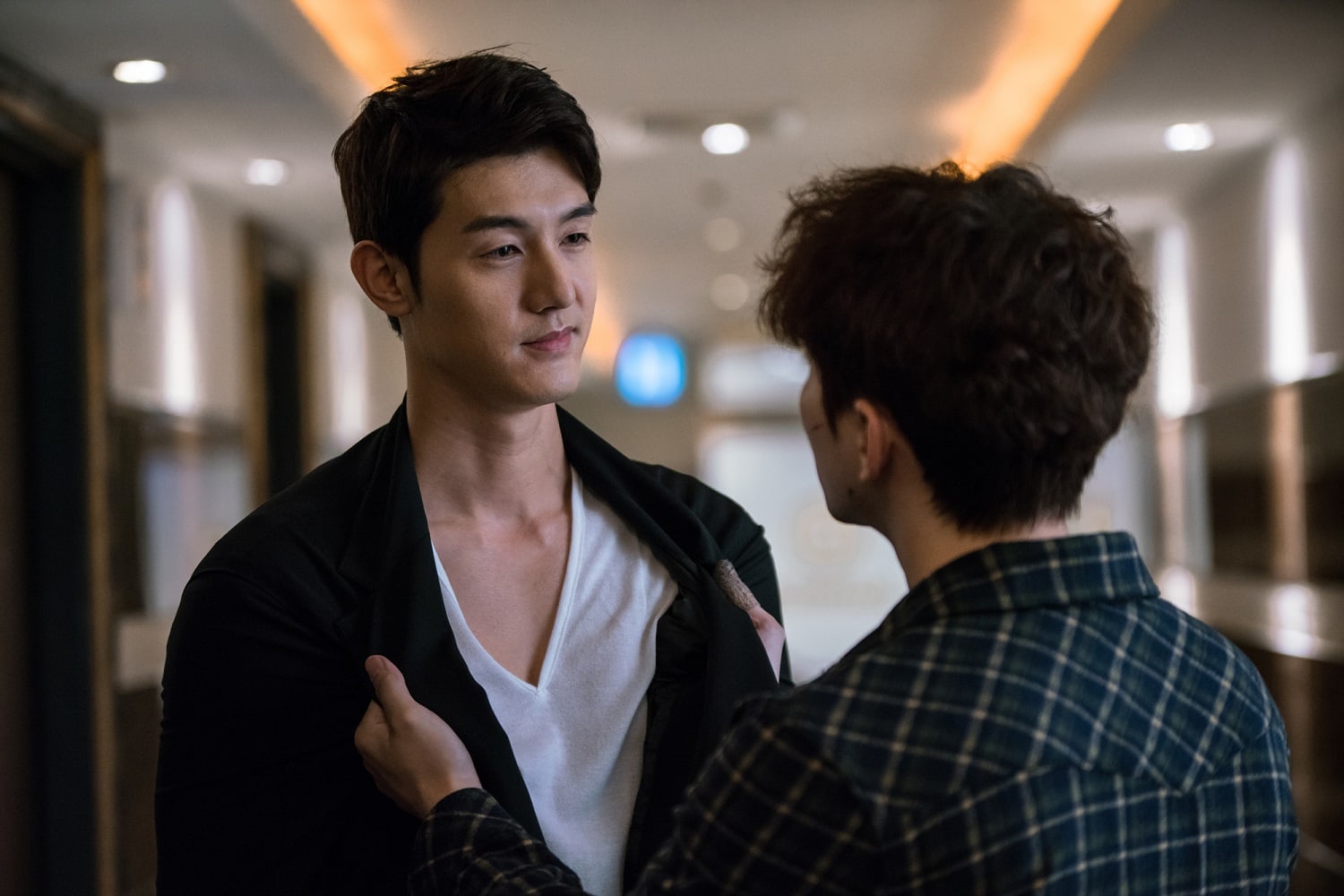 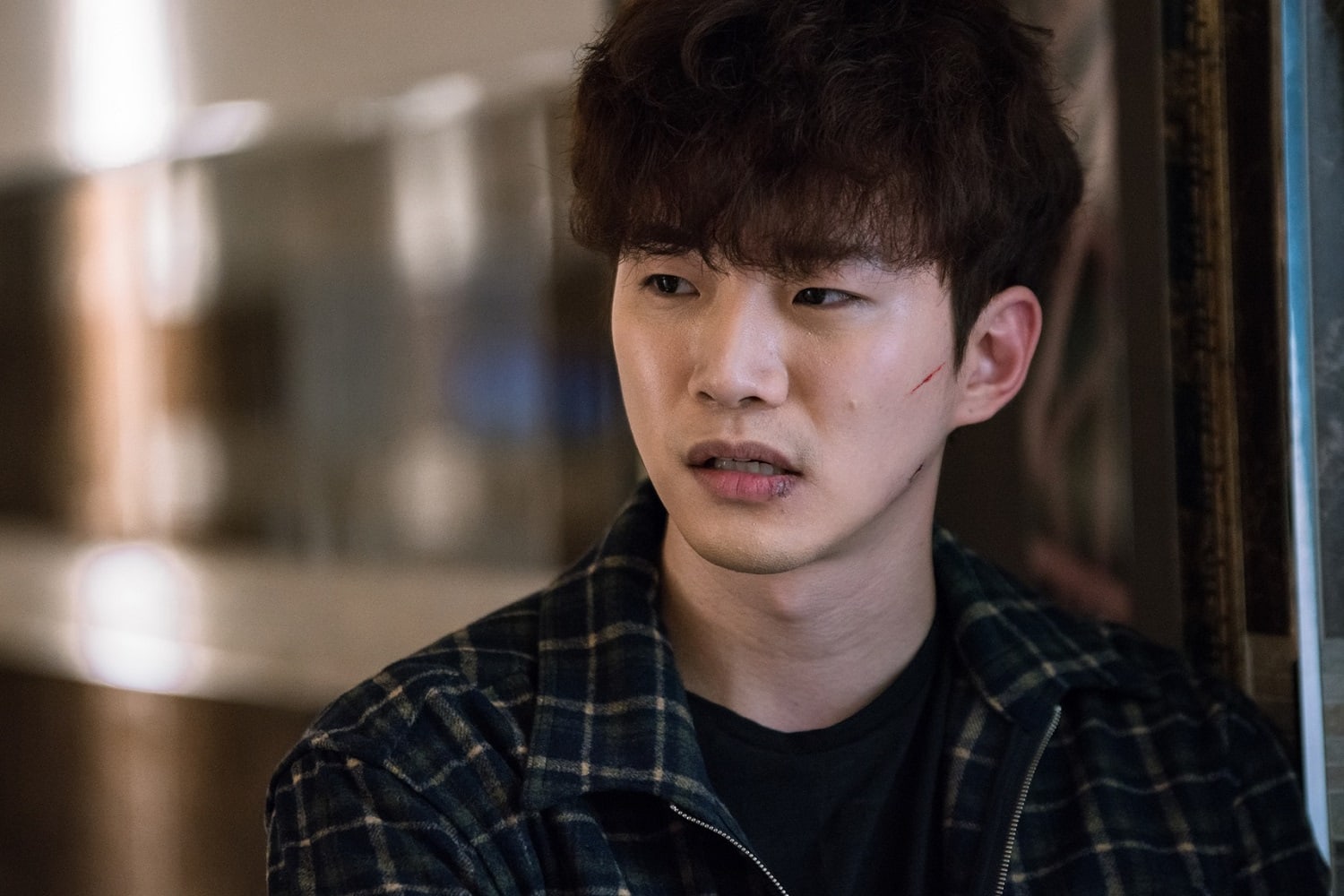 A source from the drama stated, “Kang Doo and Joo Won’s meeting is the beginning of a complicated relationship. Both Junho and Lee Ki Woo have different charms, creating great synergy and a very tense scene. It will be interesting to see how two people living such different lives will interact.”

If you haven’t already, watch the trailer below!