On December 21, the production team of “Idol Producer” shared on their official Weibo account that Justin And Zhu Zheng Ting from Yuehua Entertainment would be competing in the show. 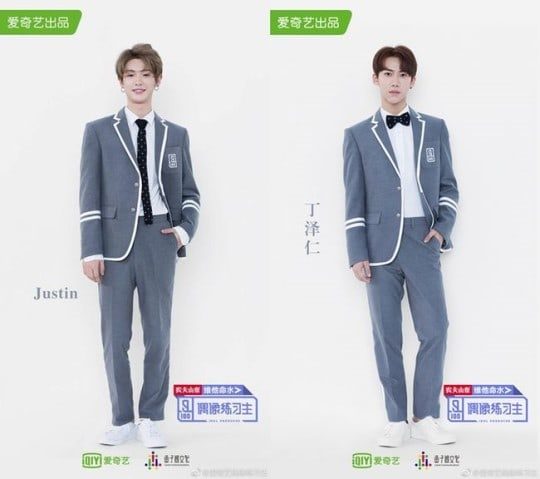 “Idol Producer” is an upcoming program that will be produced and broadcast by China’s video streaming platform iQiyi. The program will select nine members for debut by recruiting 100 trainees from Chinese and foreign entertainment companies. The nine final contestants will be voted on by the public.

EXO’s Lay has been cast as the program’s representative MC, while GOT7’s Jackson, PRISTIN’s Kyulkyung, and Cosmic Girls’ Cheng Xiao have been cast as mentors.

The final debuting boy group will be managed by famous entertainment producer Gal Bok Hong, who discovered celebrities such as Takeshi Kaneshiro, Jolin Tsai, Vic Chou, and Fahrenheit, and boosted them to stardom. The group will be under the management of iQiyi for 18 months.