It has recently been revealed that JYJ’s Kim Jaejoong helped out a fan and her family in need.

On April 5, Thailand’s Daily News reported that the singer visited Rapiphorn Nasaarn, a fan from Thailand who was visiting Korea, at Yonsei University’s Severance Hospital and comforted her father.

The fan is said to have been visiting Korea when she suddenly suffered from cardiac arrest at a club in Hongdae on March 24. Though her heart stopped while she was being moved to the hospital, doctors managed to keep her alive through CPR. However, she is currently in a coma. 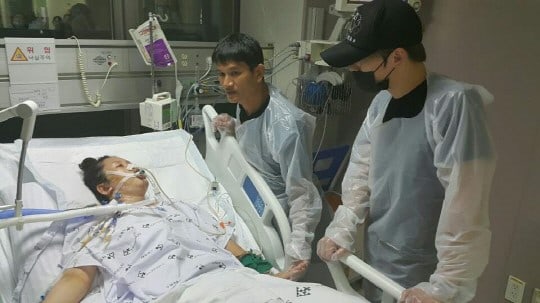 She is said to have been a fan of Kim Jaejoong since he was a member of TVXQ, and even attended his concert in Bangkok, Thailand in March. C-JeS Entertainment explained, “Kim Jaejoong returned to Korea on April 2 after the end of his Asia tour. He was notified of the fan’s current condition, and visited her on April 3. Hearing that the family was struggling to pay her medical fees, Kim Jaejoong donated 20 million won (approximately $17,700) to the family.”

His agency also added, “Kim Jaejoong notified us that he had made the donation to help pay for her medical fees, but did not specify an exact amount. He said he had given a small donation, and we later learned that it was 20 million won.”