June is here! This means Summer is coming soon! Why not start the Summer with some amazing K-Dramas?

These 9 K-Dramas that are premiering this month are ones you won’t want to miss! 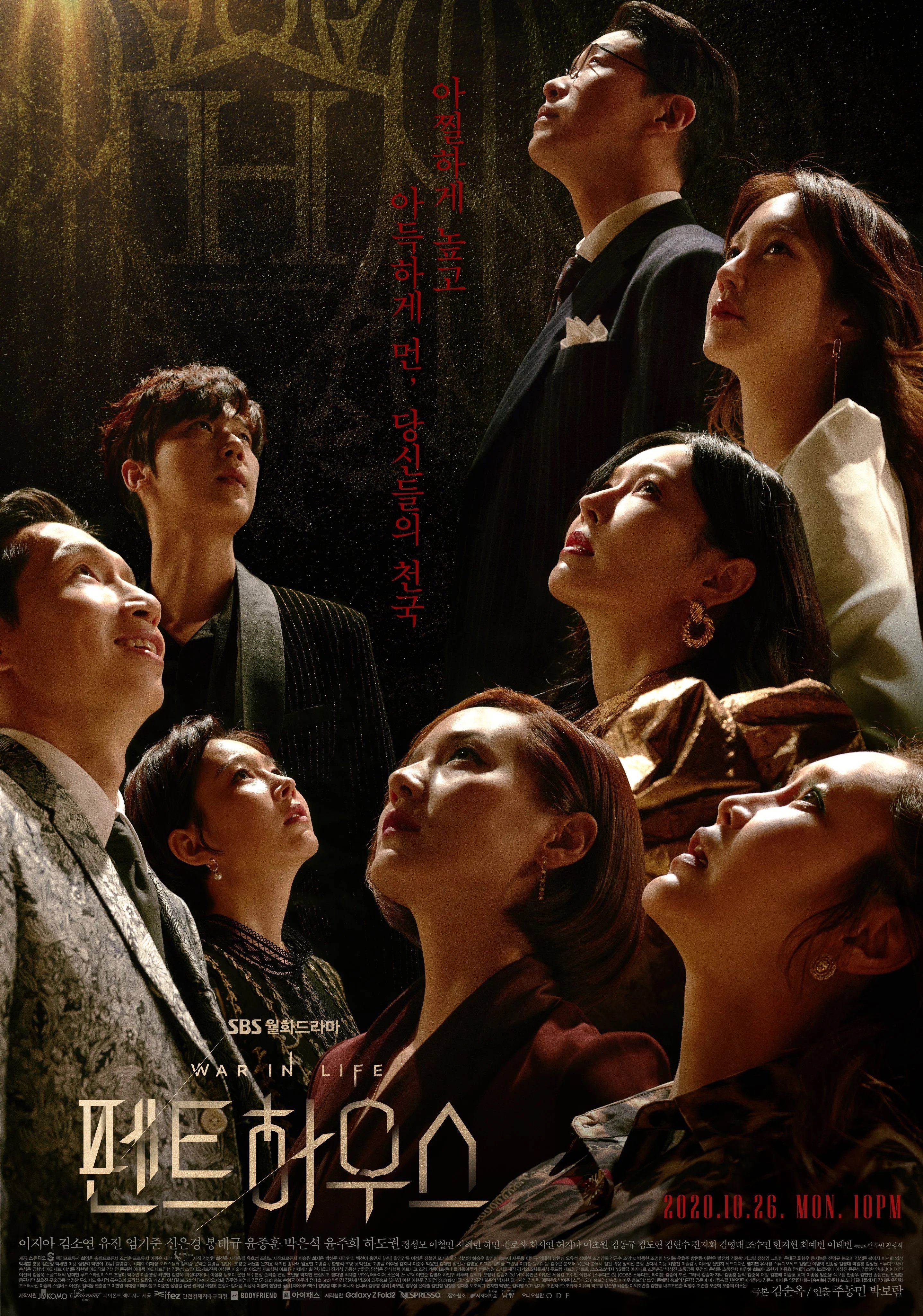 This K-Drama centers around the Penthouse, an apartment complex reserved for those at the top of the social pyramid. It focuses on the solidarity and pursuit of revenge among a group of women who stop at nothing to protect their children. 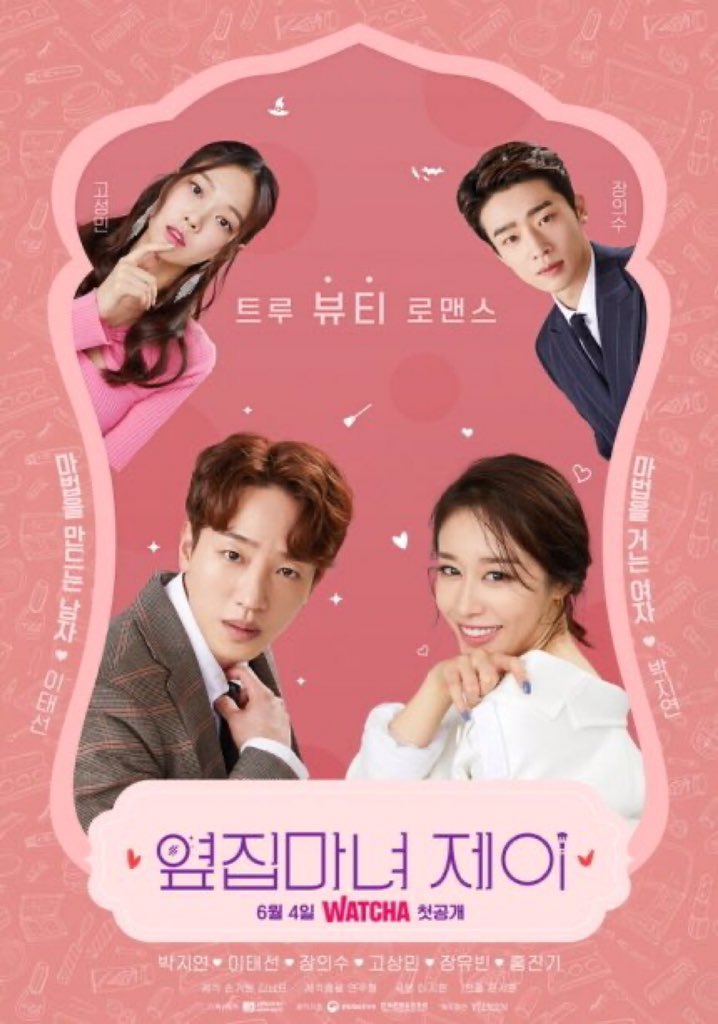 Seo Je Yi (Park Ji Yeon) is the star beauty creator who makes content under the name “Next Door Witch J.” She’s a smooth talker who isn’t afraid to say what she feels. Lee Woo Bin (Lee Tae Sun) is the CEO of a cosmetics start-up company. His products get acknowledged by Seo Je Yi, but he struggles to get close to her as a person. Lee Tae Kyung (Jang Eui Soo) is the director of the company MCN, an agency specializing in managing beauty content creators. Lee Tae Kyung secretly has a crush on Seo Je Yi too. Oh Oh Young (Go Sung Min)  is a beauty creator with more than 1 million subscribers. She used to be Je Yi’s idol, but she soon became a troublemaker with “star disease,” demanding special treatment.

3. At a Distance, Spring is Green 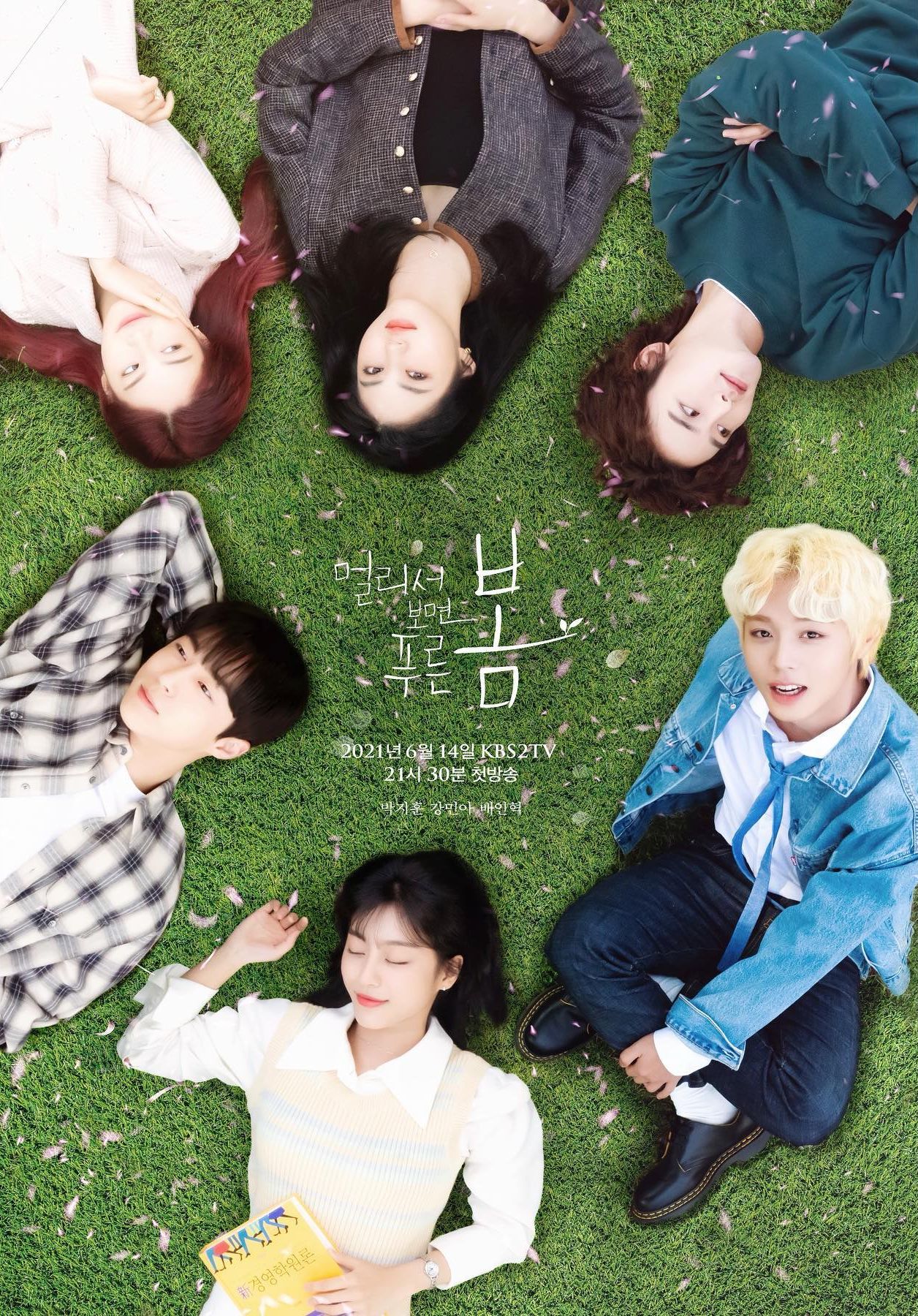 This K-Drama is a coming-of-age story about people in their twenties and the problems they face in university. Nam Soo Hyun (Bae In Hyuk) and Yeo Joon (Park Ji Hoon), two boys with contrasting personalities, become friends when they work on a project together. Even though Yeo Joon has an attractive appearance and comes from a wealthy background, he carries pain inside. His character is a puppy-like freshman who follows Yeo Joon around. 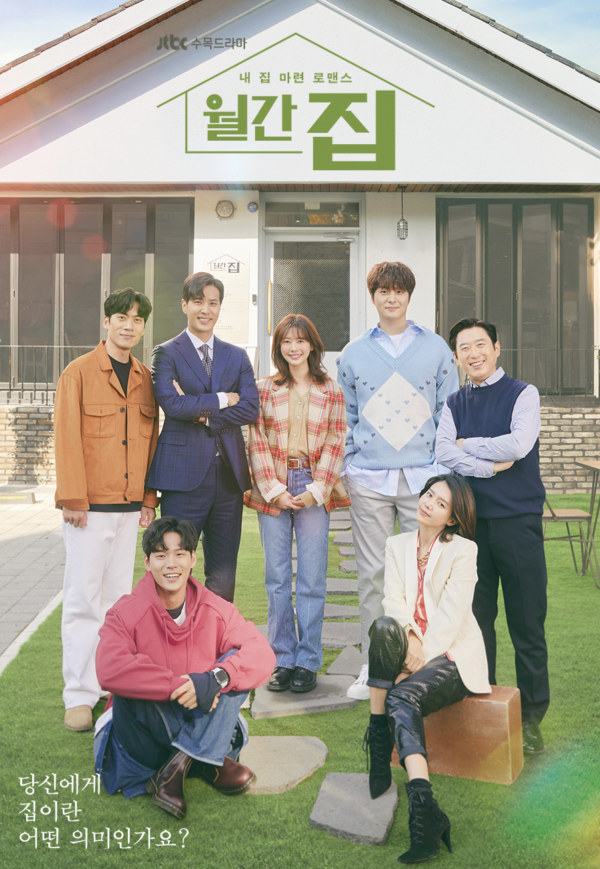 Na Young Won (Jung So Min) is the editor of Monthly House Magazine. She has worked for 10 years but still doesn’t own her own home. Nevertheless, Na Young Won takes care of her rental place like it belongs to her. Things change when the new owner of her house, Yoo Ja Sung (Kim Ji Suk), appears, and she suddenly becomes interested in buying her own home. Yoo Ja Sung is the CEO of Monthly House Magazine, and to him, a house is just somewhere to sleep. 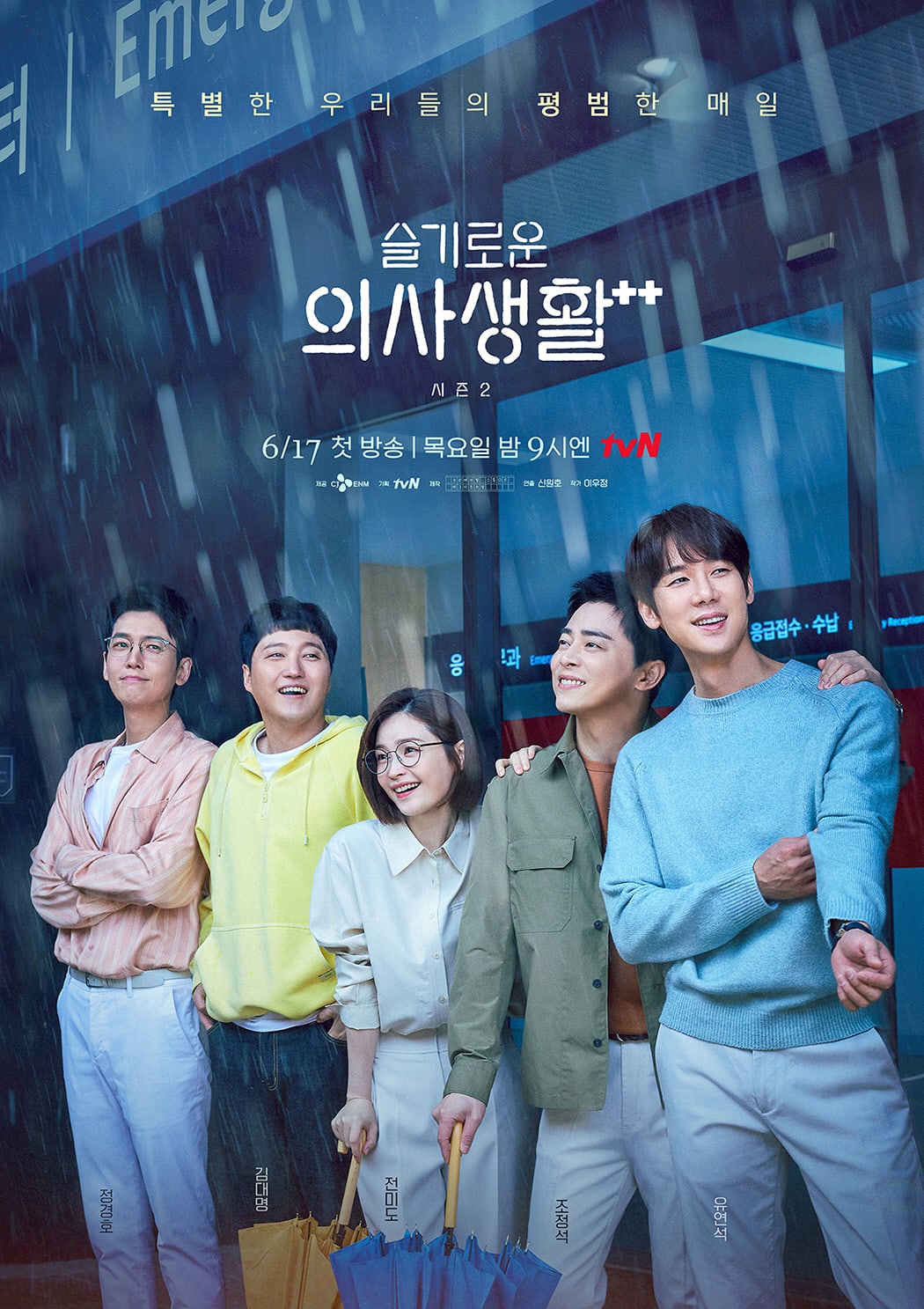 This medical series tells the stories of five doctors who have been best friends for 20 years and shows the everyday lives of people at the hospital. 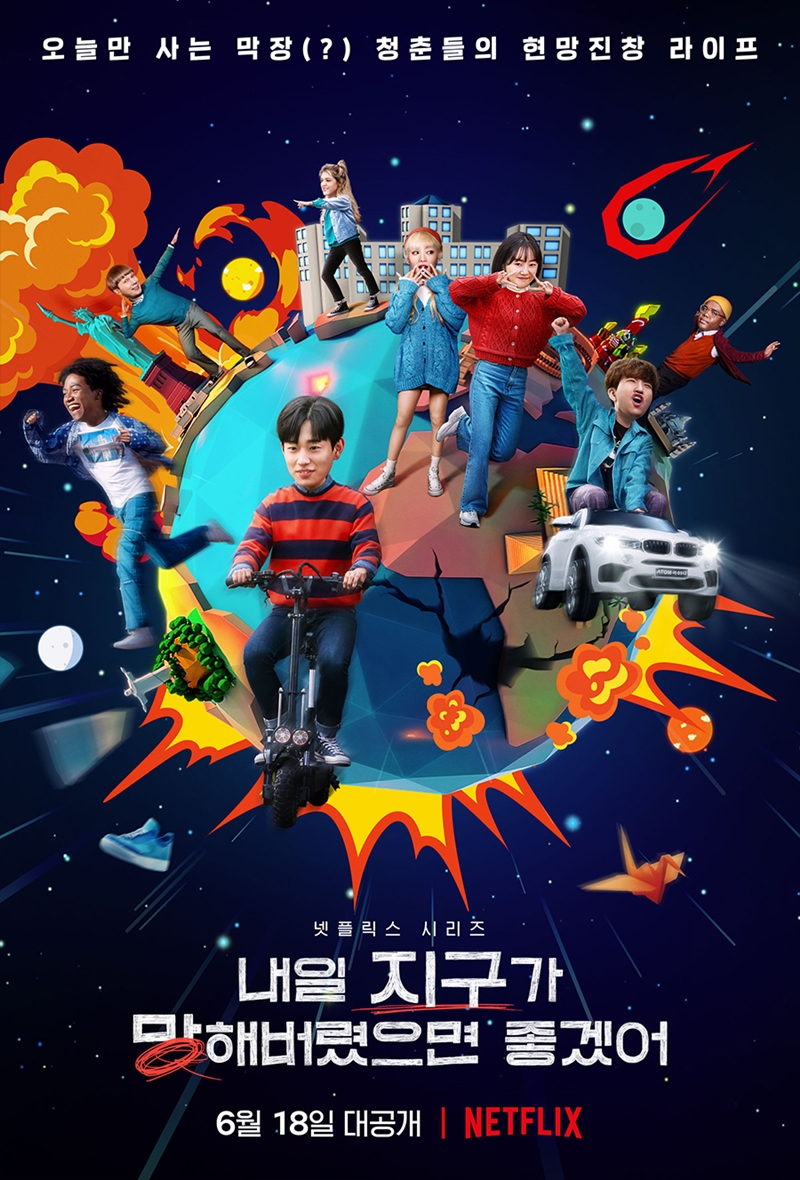 This series tells the story of a group of students who reside at an international university dormitory. Se Wan (Park Se Wan) is a teaching assistant and manages the international students at the dormitory. Students who live at the dormitory include Jamie (Shin Hyun Seung), a U.S. citizen. Sam (GOT7‘s Youngjae) is a Korean-Australian who is the heir to a ttokbokki restaurant chain. Minnie ((G)I-DLE‘s Minnie) is a Thai citizen who loves K-Dramas. Hyun Min (Han Hyun Min) is a Korean student who commutes to school but hopes to stay at the dormitory. 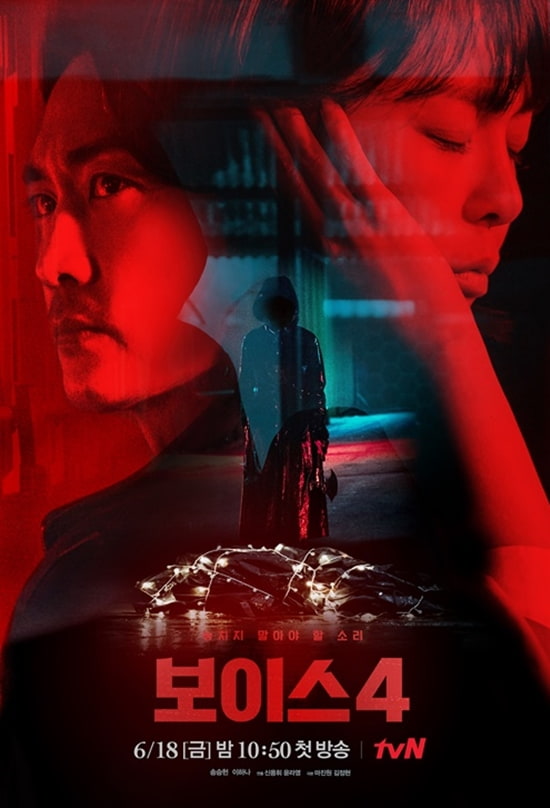 A serial killer with an enhanced hearing ability appears. Because of this, Kang Kwon Joo (Lee Ha Na), who also has an enhanced hearing ability, is driven into a corner. She cooperates with Detective Derek Jo (Song Seung Heon) to catch the serial killer. Derek Jo is the team leader from the Los Angeles Police Department who doesn’t allow mistakes. Kang Kwon Joo has had PTSD, but she still carries out her duties as the emergency 112 call center leader. 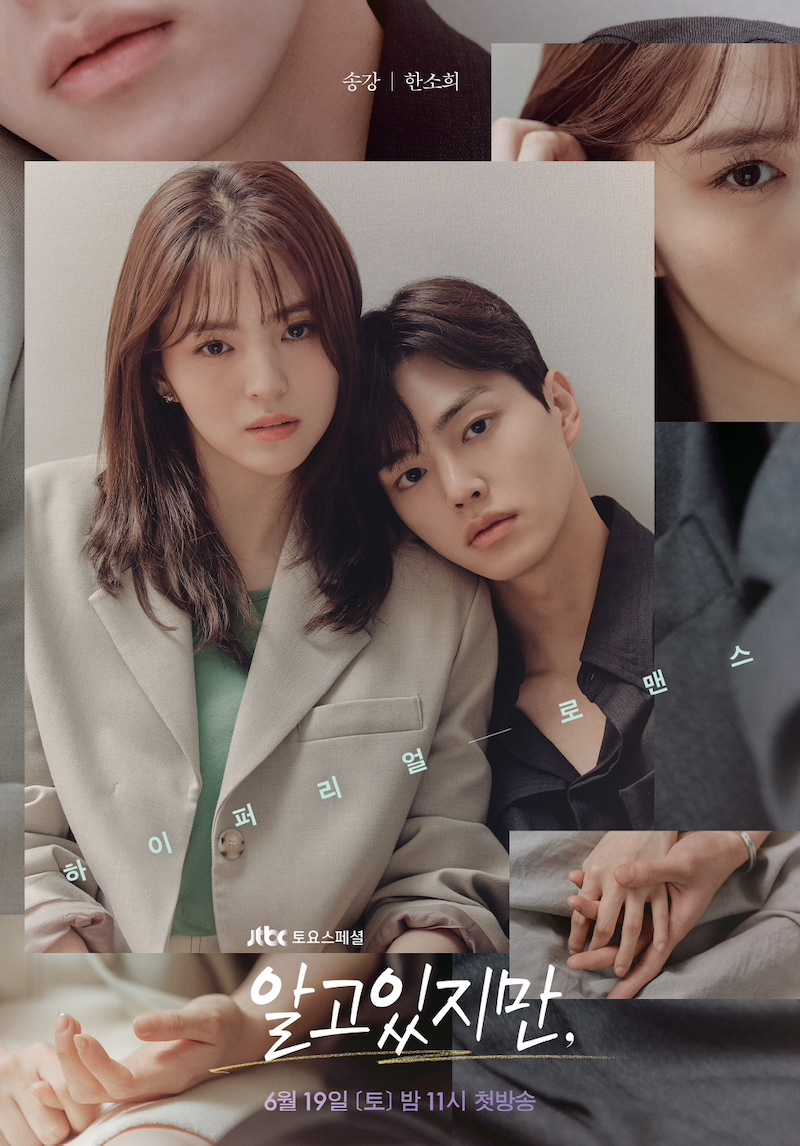 Park Jae Eon (Song Kang) is a university student majoring in art. He seems friendly and cheerful but is actually very indifferent and doesn’t want a romantic relationship. However, he suddenly falls for Yoo Na Bi (Han So Hee), an art student, and begins to change. In the past, Yoo Na Bi broke up with her first love because he was unfaithful and has sworn never to love again. Park Jae Eon begins to change that.

Veteran engineer Choi Ban Seok (Jung Jae Young) is a developer in the consumer electronics division of Hanmyung Electronics. He is a calm, warm-hearted man who is facing the biggest crisis of his career. To avoid being included in a round of lay-offs, he transfers to the Personnel Department. Despite being unfamiliar with it, he decides that it’s better to be there than without a job. Tang Ja Young (Moon So Ri), the recently promoted Head of the Personnel Department, is a workaholic who hopes to become the company’s first female executive. When Ban Seok first transfers to her department, she doesn’t know what to think of him, but she finds her life slowly changing.