On the upcoming May 10 episode, the four members will come out of their dorm to travel around the island. Because it was the official travel season, there were crowds of people wherever they went, making the homebodies want to rest somewhere that was quiet with no one around.

Loco found a secluded area that satisfied the members. They praised the resting place where only neighborhood residents walked by and enjoyed the beautiful scenery of Jeju Island as they relaxed. 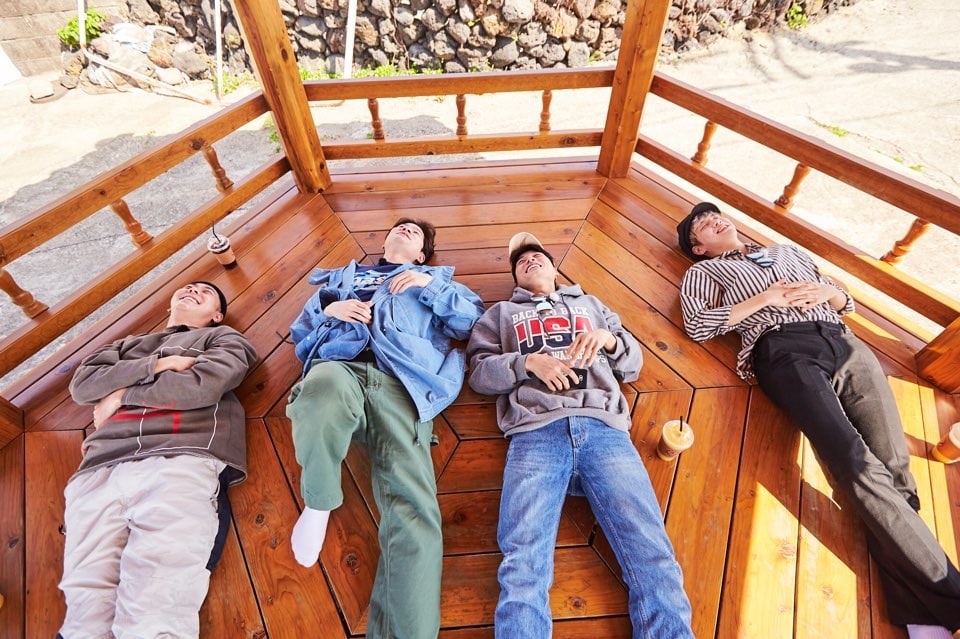 Where is this resting place and what did they do there? Find out when the next episode of “It’s Dangerous Beyond the Blankets” airs on May 10 at 11:10 p.m. KST.