On the latest episode of JTBC’s “The Team Chef,” Kang Han Na shared a story from a time when she worked with 2PM’s Nichkhun!

Kang Han Na appeared as a special judge on the September 8 episode of the show, during which the Korean and Thai chefs cooked dishes that fit the concept of camping.

The actress remarked, “I’m currently filming a drama [‘Familiar Wife‘] with Ji Sung and Han Ji Min. I’ve always been interested in cooking, so while watching the rice edition of ‘The Team Chef,’ I thought to myself that I wanted to come here and try the food no matter what.”

She also brought up her past experience working with Nichkhun, who is one of the show’s regular judges.

Mentioning that she had once shot an ad with the 2PM member, Kang Han Na recalled, “At the time, I changed outfits a lot, and he was kind to me. He was also considerate and told me to take photos on my good side.” 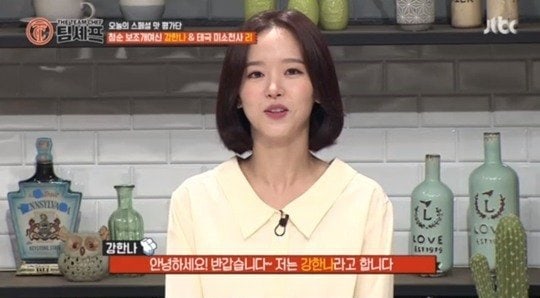 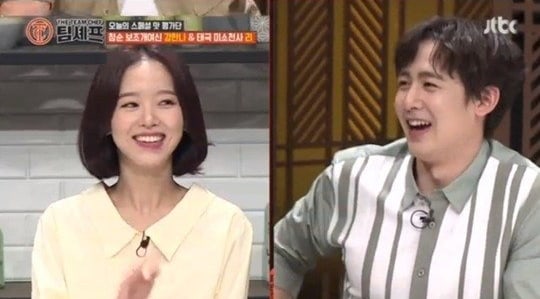 “The Team Chef” is a global cooking variety show where top and amateur chefs from Korea and Thailand compete in a collaborative cooking competition. The show airs on Saturdays at 6:10 p.m. KST.