Kang Ho Dong and Seo Jang Hoon did something quite special to keep their promises with their viewers.

The episode of JTBC’s “Ask Us Anything” that aired on April 15 showed the members carrying out the promises they had made for when the show hits five percent in viewership ratings.

Kim Hee Chul jetted off to Japan to shout “Nico Nico Ni” 50 times with Japanese women, Lee Soo Geun partook in a “off-road survival game” against the other members, Lee Sang Min created the theme song for the show, and Min Kyung Hoon met with a male fan in some questionable outfits. 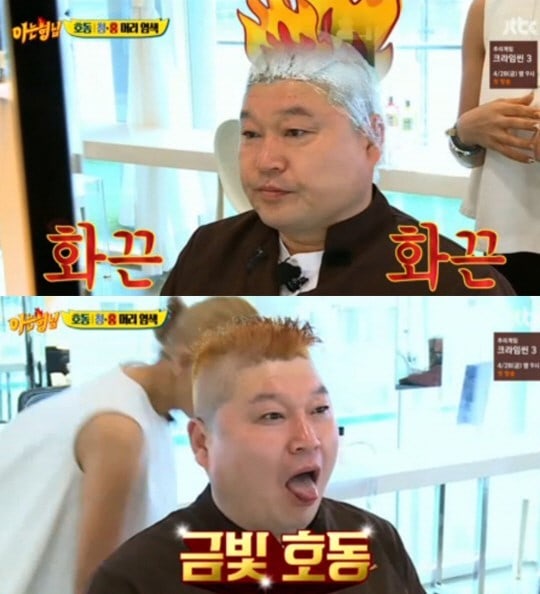 The most shocking promises were made by Kang Ho Dong and Seo Jang Hoon. Kang Ho Dong and said he would split his hair in half and dye one half red and the other half blue. This was the first time he had gotten his hair bleached, and he was complaining the whole time.

However, he seemed to be pretty happy with the results and the staff decided to up his promise because it felt too easy. Kang Ho Dong had to transform into a traffic light, helping elementary school students cross the road near their school. He was actually quite popular with the kids and he finished his duties feeling proud of what he’d done. 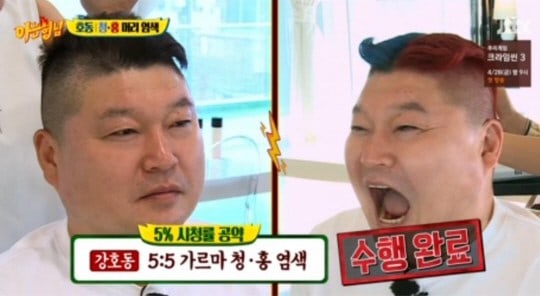 Seo Jang Hoon had promised that if the show hits five percent, he would dress up as a woman and attend a class at an all women’s university. He actually seemed a little excited by the prospect of transforming into a woman, and he was later seen checking himself out in the mirror looking quite satisfied.

Arriving at his class in Sungshin Women’s University, Seo Jang Hoon was met with a surprised welcome by the students. He even introduced himself as, “Hi guys. I’m Seo Jang Mi, and this is my first time back in university in 24 years.” 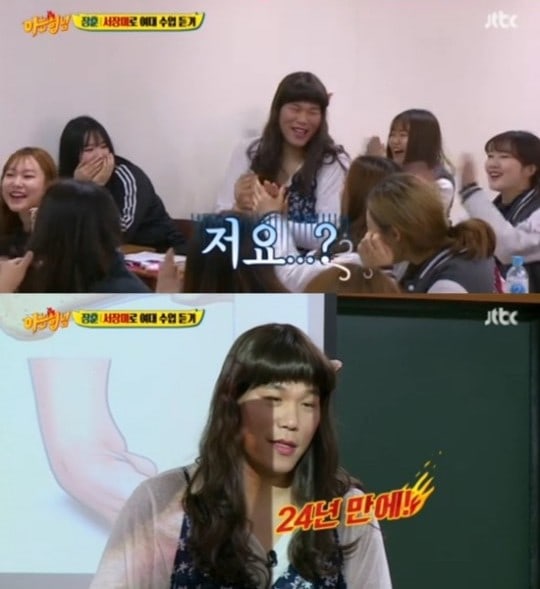 It was a fun day for the members of “Ask Us Anything” as they kept their promise to their viewers, and we got a great laugh out of it!