“Jugglers” is about a housewife who gets a job working as a secretary for the director of a sports industry with the opposite personality from hers. Kang Hye Jung will play the role of this housewife-turned-secretary named Wang Jung Ae, while the director will be played by Lee Won Geun.

In the released stills, Kang Hye Jung is dressed in a pink pig costume, handing out flyers on the street. The actress reportedly received positive responses from the staff on-set for pulling off the costume and having trouble with the pig mask that was twice the size of her head. The stills showcase Kang Hye Jung’s versatile portrayal of a middle-aged woman and show her acting timid, bright, and nosy while filming the scene. 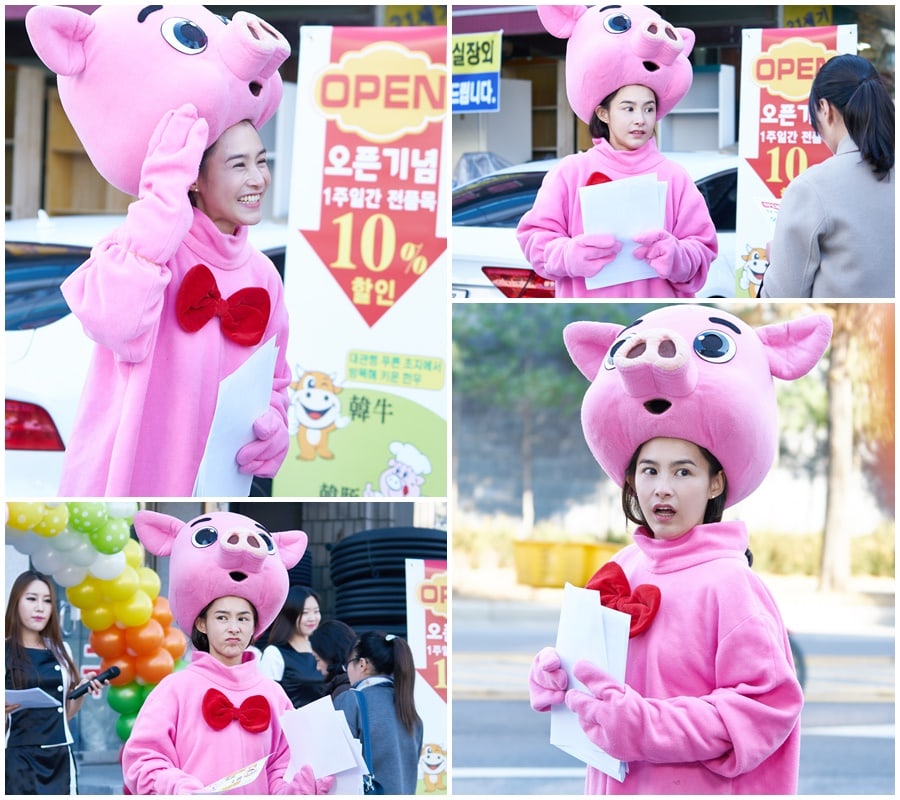 A source from the set said, “In order to portray the character Wang Jung Ae, Kang Hye Jung studied every hand gesture and facial expression. She meticulously monitors her work and is an example on set. She is appearing on a drama after a long hiatus, so she is trying her best to show viewers good acting. Please give her lots of encouragement and love.”