Photos of Kang Ji Hwan in bed with a Filipino woman have been resurfacing in light of his arrest.

In 2014, a Filipino woman revealed selfies of herself and Kang Ji Hwan in bed. The caption said, “…together sleep with Korean actor mr. Ji hwan kang.” 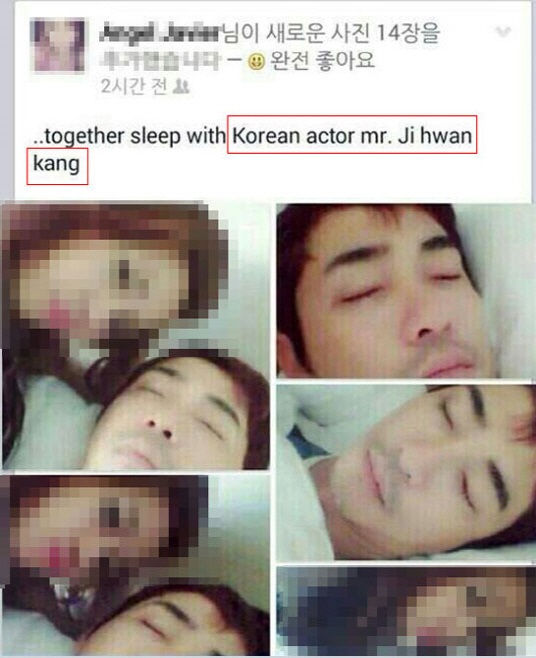 In response to the rapidly spreading photos, Kang Ji Hwan’s agency released a statement explaining that the woman in the photo was the wife of their tour guide and that she was “joking around”.

The woman in the photo is the wife of our local guide in the Philippines. She was joking around next to Kang Ji Hwan, who was sleeping.

The woman also uploaded a post explaining that the photo was edited and apologized before deleting her account.

Meanwhile, Kang Ji Hwan was arrested on the night of July 9th for sexually assaulting two women from his agency who were drinking with him at his home in Gwangju.