Kang Sora Chooses The Moment She Looks The Prettiest

On the March 2 broadcast of MBC’s “Section TV Entertainment Relay,” the staff interviewed Kang Sora on the set of her commercial shoot.

During the interview, Kang Sora was asked about her one-year hiatus. She said, “While I was on hiatus, I did absolutely everything I wanted to do. I painted, and I made pottery. I like looking at comic books, and I went to a lot of the comic book cafes.” She then joked, “Even if people did recognize me, they didn’t show it much. I felt like I had a long way to go.”

Kang Sora as then asked when she thought she looked the best. After some deliberation, she says with her trademark pretty smile, “When I’m sweating after a workout.”

The crew also teased her, saying, “Since when were you so pretty?” which is a famous line from Hyun Bin‘s drama, “Secret Garden.” She and Hyun Bin went public with their relationship in December of last year. 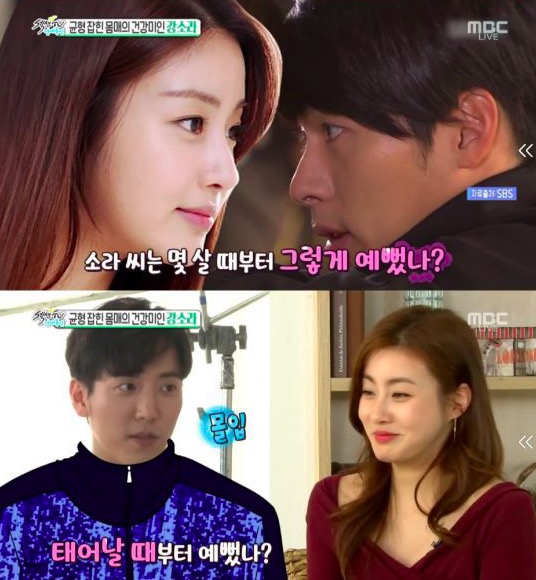 Meanwhile, Kang Sora was recently cast in a new movie which is set to start filming this month.