For episode thirty-one of the Get Real podcast, hosts KARD‘s BM, Ladies’ Code‘s Ashley Choi, and BTOB‘s Peniel shared some of their first times—including their first kisses. Here are the funny and envious stories they had to tell about their first times.

Since BM was the one who asked everyone about their first kiss, he was the first to share his story.

After shocking Peniel with his age being “twelve or thirteen at the time,” BM recalled going to a movie on a double-date with his friends, which quickly turned into a make out fest for all. 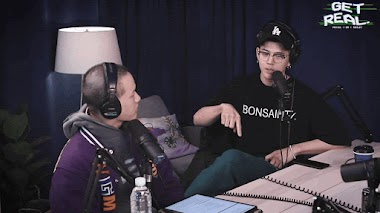 BM and his friends’ eyes were so open to the new world of kissing that they didn’t focus on anything else. When Ashley Choi asked him what movie they saw, BM still couldn’t name it. He made everyone laugh by saying, “Shoot, I don’t even remember. I didn’t even watch it.” 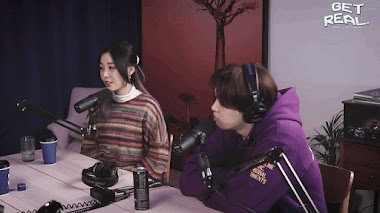 Because guest and solo artist JUNNY also had his first real kiss around the same age, he shared the story of how he’d been sitting at the back of the bus with his girlfriend during a field trip for his first make out session.

After seeing his friend making out with their girlfriend, JUNNY wanted to try it out with his girlfriend—swiftly getting caught by a teacher.

And then the teacher comes up, back of the bus… He goes, ‘What are you guys doing?’ I’m like, ‘Well, they did it first.’

The whole bus started laughing. Everyone started making fun of me about that like the whole year. 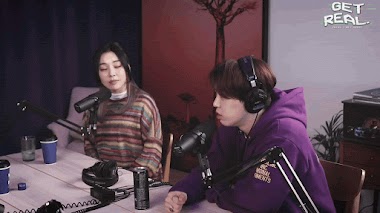 While BM’s was a bit steamy and JUNNY’s was funny, Ashley Choi’s first serious kiss was like a drama scene.

When she was a sophomore in high school, she’d started dating her first real boyfriend. With the backdrop being a snowy train station, they went in for a dreamy first kiss. JUNNY summed it up best by saying, “That’s a movie.”

The first kiss was at a train station, but it was snowy. It was snowing and white everywhere. But it was cold.

He was trying to drop me off home. I had a train station near my house, so we went there and we just…kissed. 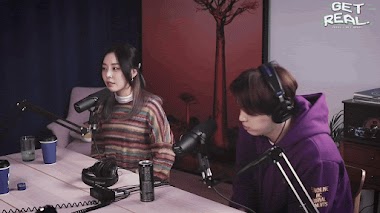 Whether they’re perfect or take a humorous turn, at least everyone can look back at those memories with fondness. Even though Peniel couldn’t remember his, check out BM, Ashley Choi, and JUNNY sharing their stories here.