KBS Drama “Dear.M” Confirms Broadcast Will Be Delayed Due To Recent Issues

KBS2 has confirmed they will be delaying the first broadcast of their upcoming drama Dear.M due to recent issues surrounding lead actress Park Hye Su.

In an official press release made to news outlets, KBS shared their final decision to delay the broadcast of Dear.M.

Hello, this is the production team for KBS drama Dear.M.

We ask for the understanding of the viewers who have been waiting for Dear.M.

We have decided to officially postpone the first broadcast of Dear.M, which was scheduled for February 26, to closely review the recently raised issues related to the Dear.M cast and to improve the quality of the show.

We will announce the schedule for the production press conference and the new date for the first broadcast at a later time.

Earlier, it was made public that the KBS schedule did not have Dear.M listed in its previously confirmed timeslot. Park Hye Su is currently in the spotlight for allegedly bullying classmates while she was a student. While the original accuser stated that Park Hye Su was not the subject of the first set of accusations, a new set of alleged victims have come out to accuse Park Hye Su of student violence. 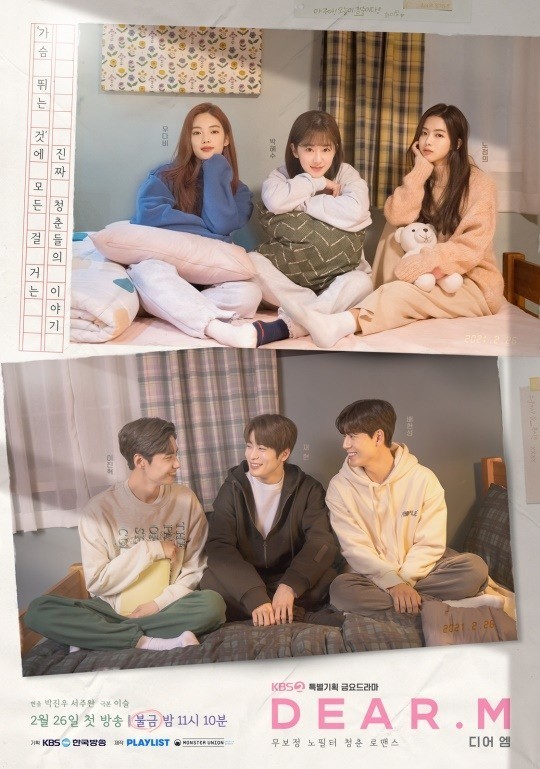