If you’ve been keeping up with Penthouse 2, you’d know that where we left off, the younger Hera Palace girls had participated in the Cheong Ah High School Arts Festival Competition. As Bae Ro Na (played by Kim Hyun Soo) was about to be crowned the champion of the festival, winning what essentially is a free pass into the most prestigious university in South Korea, she was tragically hurt.

While we do not know if she dies or not, Ro Na is in critical condition after being slit in the throat by a trophy and pushed down the stairs. Before her tumble, she grabbed the necklace off the culprit’s neck. The culprit was none other than Eun Byul (played by Choi Ye Bin), who was jealous of Ro Na’s success in every aspect of life that Eun Byul was failing in. 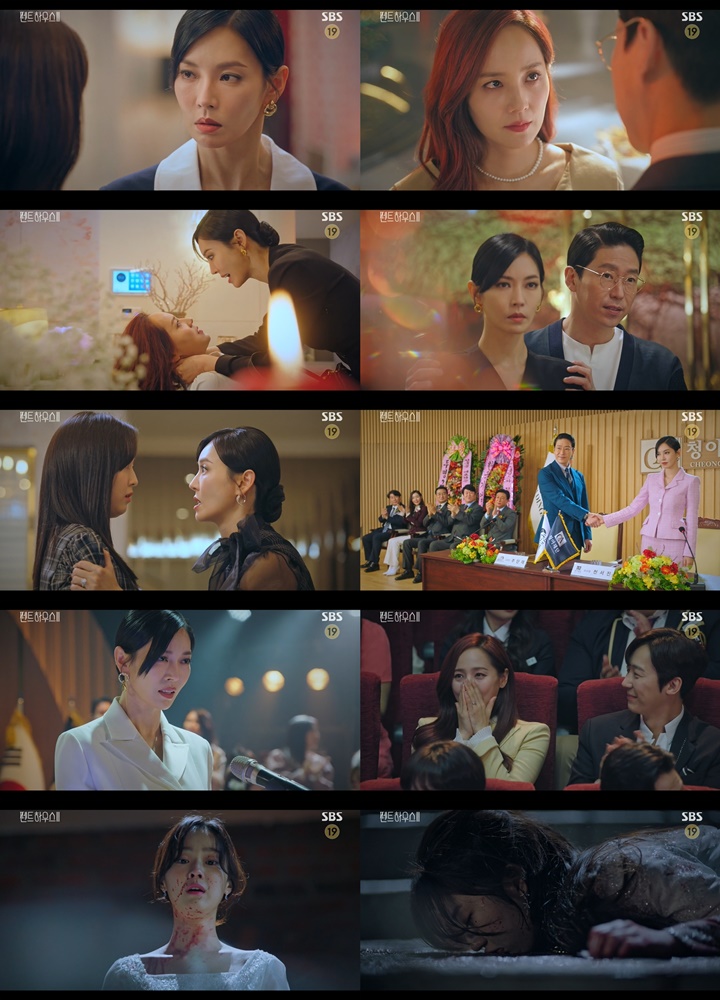 With the cliffhanger ending, Penthouse 2 hit an all new record with this episode. The highest point of viewership for that episode was 26.5%. The drama has been breaking its own records, with the ratings climbing higher exponentially with each episode. It is a close contender with The World Of The Married‘s highest episode ratings of 28.3%.

Will Penthouse 2 top The World Of The Married to become the highest rated South Korean drama ever? With only almost 50% of the show aired, there’s huge potential for it to surpass even more records soon.