JBJ member Kenta chatted with fans in his first solo V Live broadcast, following the end of the project group’s contracts on April 30.

In his live broadcast on May 4, Kenta asked fans how they’ve been in the two weeks since the group’s final concerts last month, and shared how much he’s missed them all. He said that after the end of JBJ’s activities, he traveled back to Japan and met with friends.

Kenta talked about their final concerts on April 21 and 22. “On the first day, Tae Hyun said ‘Let’s not cry’ so we all promised,” he said. “But Hyun Bin got choked up.”

“On the second day, I could see all of the fans’ faces so I ended up crying,” he said.

He then talked to fans about his trip to Japan with Kim Dong Han, and shared some photos from their travels on his phone when they asked. He also said he’s currently studying acting and working on fixing his pronunciation. 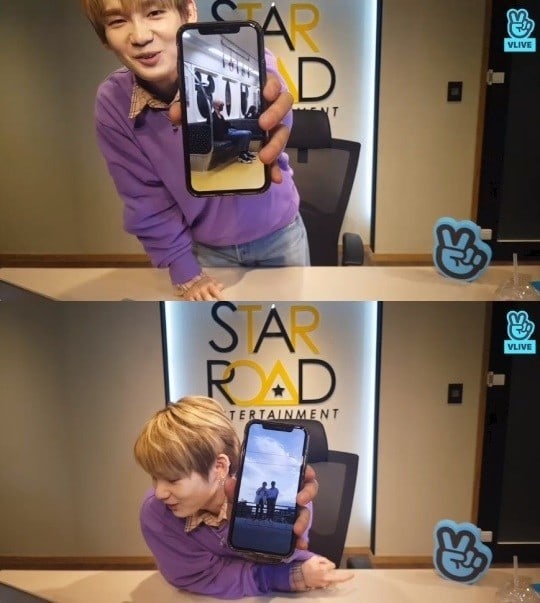 On JBJ’s final day of their contracts, the members also posted on the group’s Twitter with messages and photos for fans. It was recently announced that members Kenta and Kim Sang Gyun will be starring in a web drama together.