On the episode of KBS2’s “The Return of Superman” which aired on April 10, the family travels to Guam, and go to an aquarium as part of their visit. Suddenly, Ki Tae Young says he’s going to the bathroom as an excuse to prepare for his surprise underwater event.

During an interview with the staff, he says, “I’m not usually very good with events. However, our five year anniversary is coming up, and it’s my wife’s birthday, so I wanted to prepare something big.” 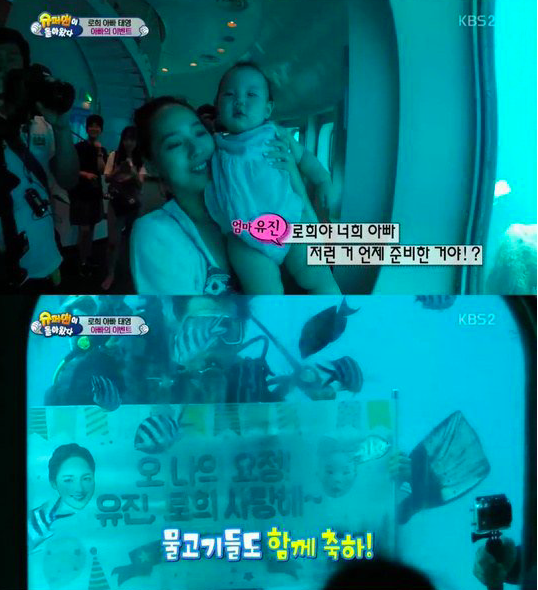 As Eugene and Rohee stand in front an observation window, Ki Tae Young miraculously appears in front of them in the water, surprising the two. He even holds out a small banner that says “Oh, my fairies! Eugene and Rohee, I love you~.” Touched by his event, Eugene can’t keep herself from tearing up from her husband’s sweet surprise. 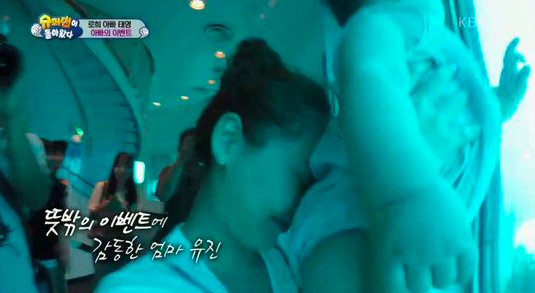