Kim Dong Han celebrated his comeback with a showcase on October 17!

After Kim Dong Han performed his new song “Good Night Kiss,” he said, “Out of all the songs from my time in JBJ until now, this choreography is the hardest. I practiced a lot. I was worried because it’s so difficult, so it’s a relief that I didn’t make a mistake.”

Kim Dong Han took part in writing the lyrics for “Good Night Kiss” as well as participating in the lyrics-writing and composition of other songs on his new mini album. He said, “Tomorrow is JBJ’s first anniversary. I put the things I want to say to the fans in the first track. Since it’s a fan song, I could have more fun while working on it. I hope you enjoy listening to it.” 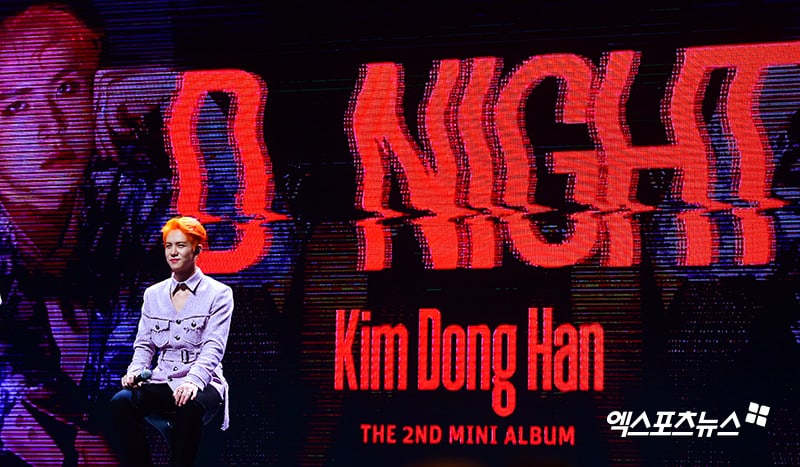 Kim Dong Han made his debut last year on October 18 as a member of the project group JBJ, which was created after fans imagined a perfect group of eliminated trainees from the survival show “Produce 101 Season 2.” When looking back on the past year, he said, “The happiest time was JBJ’s first concert, and the saddest time was our final concert. Still, when I look back at the time that’s past, I’m glad because I’ve been busy and happy.”

When asked how the JBJ members have reacted to his comeback track, Kim Dong Han said, “I played the song for them and showed them a lot. Our relationship is more like that of friends that have fun hanging out together, so we don’t talk much about work. Although we didn’t talk a lot about the song, they all said they like it.”