“About Time” is a fantasy romance that tells the story of a woman who can see people’s lifespans and a man who unexpectedly becomes involved with her. In the drama, Kim Dong Jun plays the role of Jo Jae Yoo, a genius musical director who has never failed in his life. Praised as “the Mozart of the musical industry,” Jo Jae Yoo often becomes the subject of jealousy among other people.

Lee Seo Won was originally set to play the role of Jo Jae Yoo but was removed from the cast after he was charged with sexually harassing and threatening a female celebrity with a weapon. tvN soon announced that Kim Dong Jun would be replacing Lee Seo Won.

The released stills are from the scene where Jo Jae Yoo is watching the auditions for the cast of musical “Moonlight Romance.” In a theater filled with tension, Jo Jae Yoo is sitting alone dressed casually in a hooded sweatshirt. 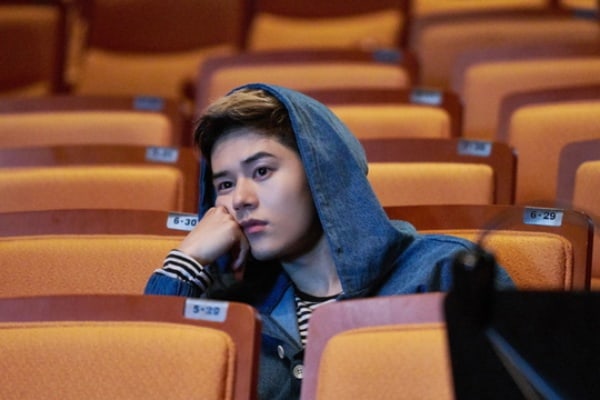 While Jo Jae Yoo appears bored and unimpressed by those auditioning, his face lights up when he sees Choi Michaela (Lee Sung Kyung)’s performance. 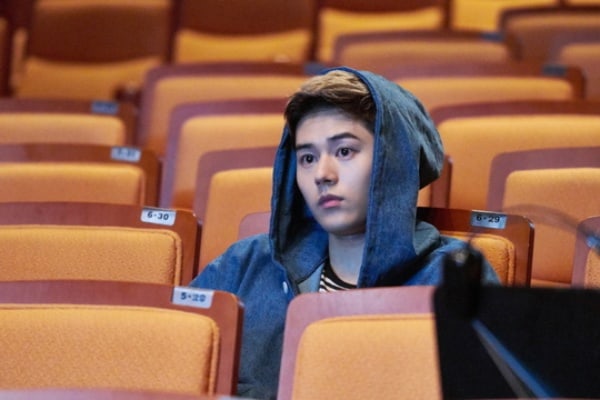 Kim Dong Jun officially began filming for “About Time” with this specific scene. He walked into the set with his appearance perfectly embodying his character, pleasing the production staff. Kim Dong Jun also showed off his detailed acting as he shifted his facial expressions according to each contestant’s performance. His unexpected sharp comments after Choi Michaela’s audition hinted at the unique charms of Jo Jae Yoo’s character.

The production staff of “About Time” shared, “In spite of the short preparation time he had, Kim Dong Jun’s filming is going smoothly with the actor perfectly transformed into the sensitive character of Jo Jae Yoo.” They also asked viewers to look forward to how Kim Dong Jun portrays Jo Jae Yoo’s complex character. While Jo Jae Yoo is the best musical director there is, he’s also a man who falls in love for the first time and doesn’t know how to deal with it.

Watch a teaser below!