Kim Hee Sun Struggles Against A Furious Lee Kyung Young In “Room No. 9”

tvN’s new drama “Room No. 9” has revealed new stills from its upcoming episode!

In the last episode, Jang Hwa Sa, who switched bodies with Eulji Hae Yi, was shocked to discover that the man she had apparently killed — Choo Young Bae — had changed his name to Ki San (played by Lee Kyung Young) and was still alive. Moreover, the fact that Jang Hwa Sa’s death row seemed to expose Ki San’s hidden conspiracy has aroused viewers’ curiosity.

Things take a turn when Lee Kyung Young, whose mouth is closed tight, decides to take matters into his own hands. He grabs Kim Hee Sun’s neck with one hand, while Kim Hee Sun struggles to break free. Viewers are already wondering what happened for this intense situation to occur. 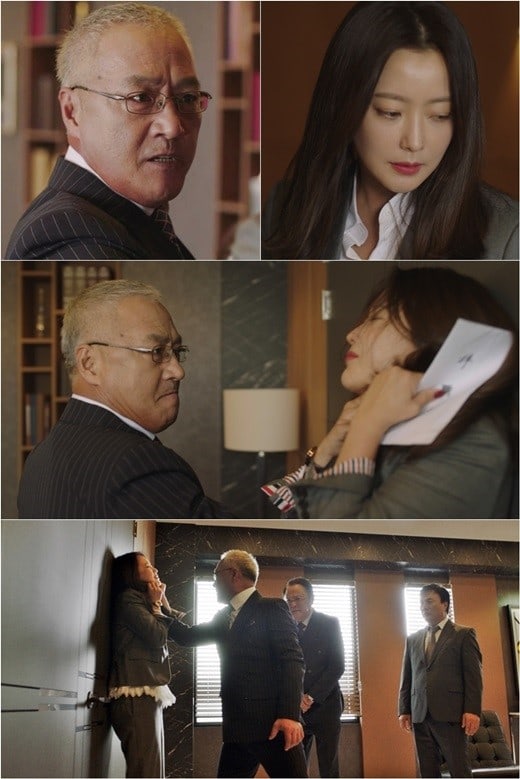 It is rumored that when filming for this scene began, Kim Hee Sun’s icy exterior and Lee Kyung Young’s anger clashed with each other, causing a chilly atmosphere to be felt on set. In particular, Lee Kyung Young displayed an image of a vicious man who would not hesitate to get what he wanted, forcing all of the staff to hold their breath and watch the scene take place. Expectations are rising for this gruesome scene.

The production staff stated, “This week’s broadcast will finally feature Jang Hwa Sa and Ki San’s confrontation. The war of nerves and extreme conflict between Jang Hwa Sa, who knows of Ki San’s true identity, and Ki San, who does not know that Jang Hwa Sa has taken over the body of Eulji Hae Yi, will evoke feelings of nervousness in viewers. Please look forward to the broadcast of ‘Room No. 9,’ which will showcase these two people’s cruel reunion.”