Super Junior’s Kim Heechul, Yesung, and Shindong finally guested on the April 20 broadcast of “I Can See Your Voice,” and explained why it took them so long to be on the show.

MC Yoo Se Yoon asked, “Why haven’t you come on the show before?”

Kim Heechul began, “It’s a show that I really like, so I’ve been wanting to appear on it for a while.” He then lamented, to everyone’s amusement, “But then, when one member came back from the army, another member would have to enlist…that kept repeating!” 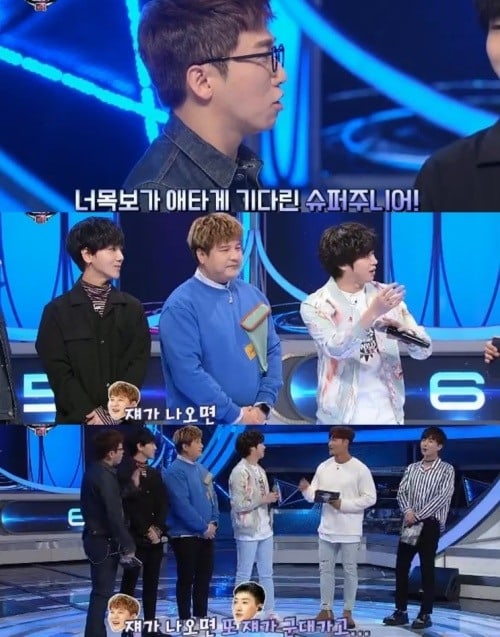