Another event of an idols logo or color being similar has surfaced the internet once again. Fans of Kim Jae Hwan found that a logo for the 62nd student union for ChungAng University seemed a bit too similar to his fan logo.

This is Kim Jae Hwan’s logo: 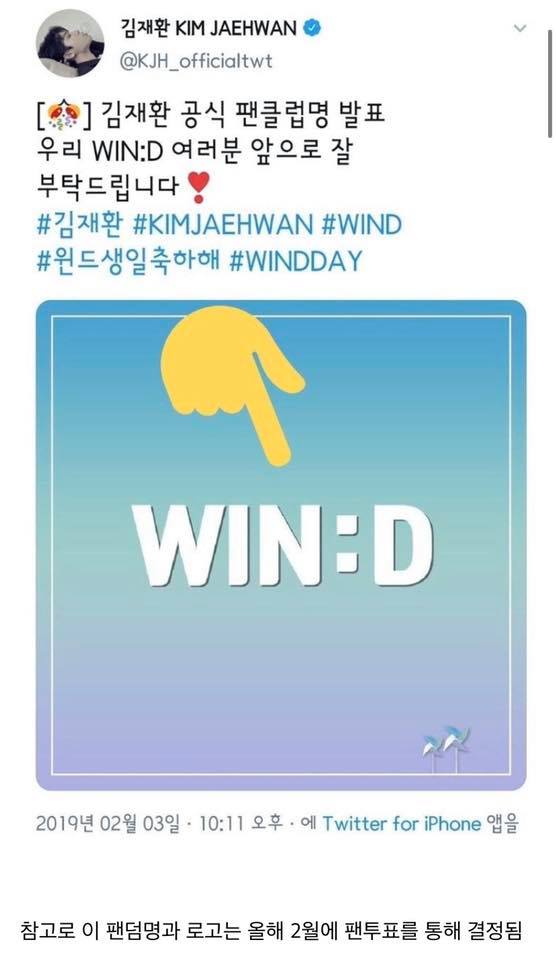 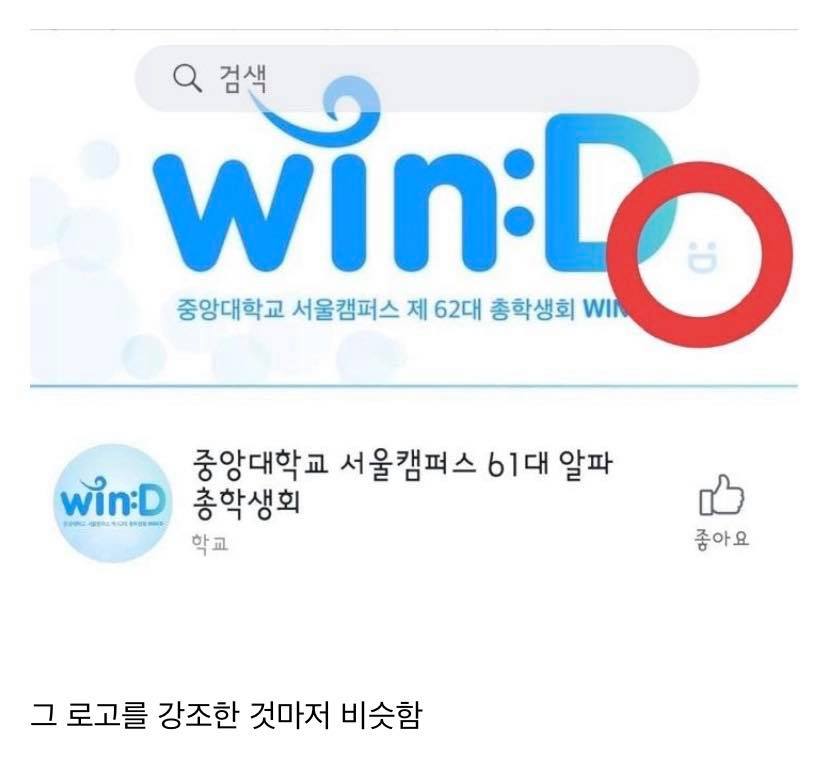 They even noticed that the details of the logo were even the same. The fan name and logo for Kim Jae Hwan was chosen by fan voting back in February. His light stick also has a small logo on it that is also on the student unions logo. 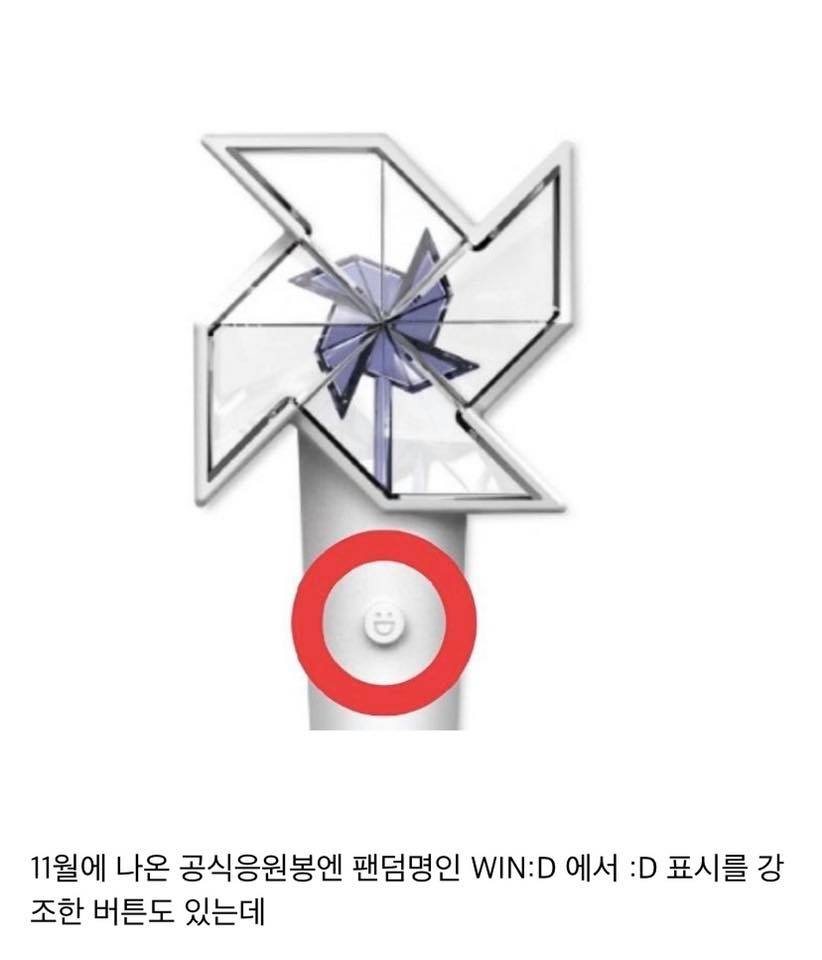 They revealed messages between the student union regarding this matter. 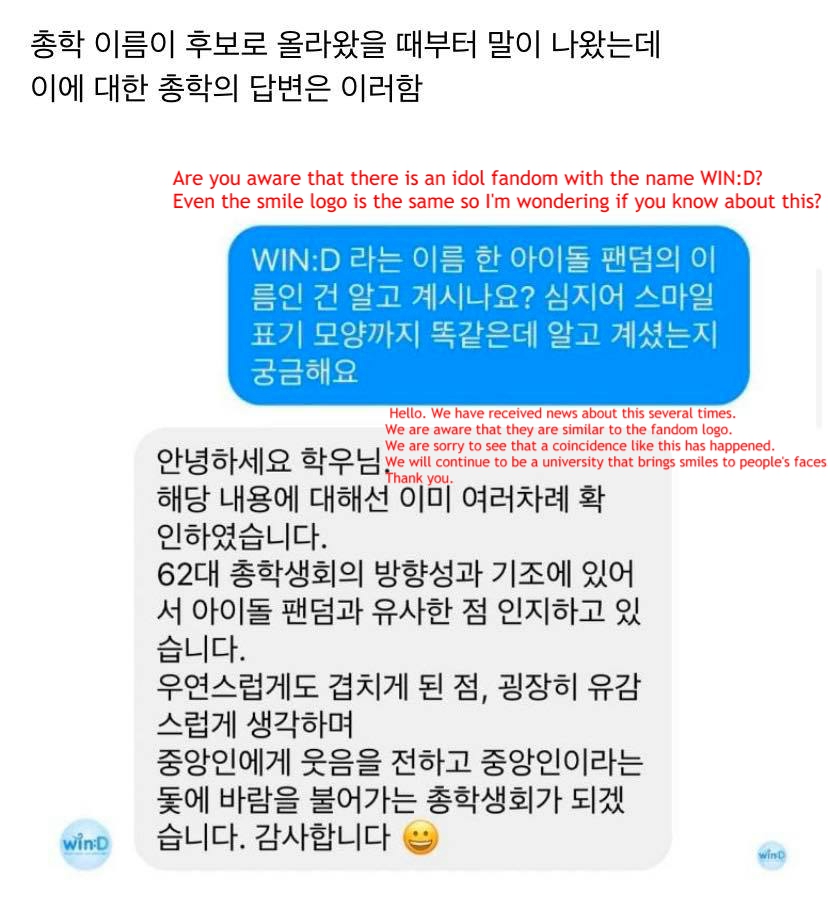 Fans, however, were not satisfied with the response from the university.

They stated that although the word ‘WIND’ can be used by anyone, using the logo “WIN:D” cannot be seen as similar but being the same.

They hope that the union will make the right choice regarding this situation as the ‘WIN:D’ name and logo are special to Kim Jae Hwan and his fans. “‘WIN:D’ is a very special fan name that was chosen by the fans. The meaning behind the spelling and the logo are also very important to our fans.”

Hello, this is Swing Entertainment. We are writing this statement regarding the resemblance of logos with the 62nd student union of ChungAng University. We are aware of the situation due to fans sending us messages about this matter. ‘WIND’ can be used by anyone, but ‘WIN:D’ and the official logo cannot be seen as being similar but an exact replica. We request an official apology and change of logo from the 62nd student union of ChungAng University.

We also don’t understand how they thought it was ok to use the logo even after finding similar images on the internet. ‘WIN:D’ is a very special fan name that was chosen by the fans. The meaning behind the spelling and the logo are also very important to our fans. We hope that the student union will not take this situation lightly and come forward with their mistakes and continue to become a university that they can be proud of. We apologize to all the fans regarding this matter and we will continue to do our best until we receive an apology and a change of logo from the university. Thank you.

Fans hope that this situation can be sorted out very soon.