Actress Kim Ji Won thought about going to a Marine boot camp to prepare for “Descendants of the Sun.”

On the recent broadcast of KBS2TV‘s “Entertainment Weekly” aired on April 2, Kim Ji Won sits down for an interview about the drama “Descendants of the Sun” and reveals some interesting behind-the-scenes stories to the viewers.

When the interviewer asks, “Why did you try to join the Marine training camp?” Kim Ji Won answers, “I thought I would understand the military life better if I joined it.” 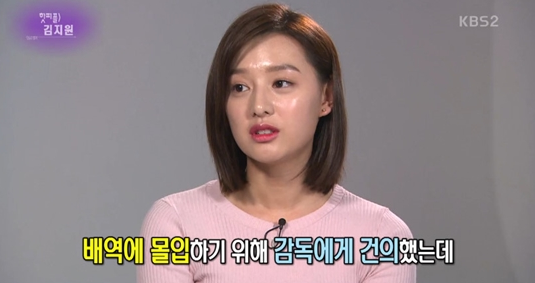 She continues, “I asked the director if I could, but he told me to not overwork my body and just read the script well. On second thought, I agreed with the director and did as I was told.”

You can watch Kim Ji Won as Yoon Myung Joo in “Descendants of the Sun” via Viki: