On April 2’s episode of “Entertainment Weekly,” Kim Ji Won gives us a glimpse of her on-set relationship with her “Descendants of the Sun” co-star and love interest, Jin Goo!

During her interview on the show, she’s asked to try to call Jin Goo. He picks up the phone for her despite the fact that he’s currently in the crowd at a basketball game. Kim Ji Won says to him, “I heard that you did a ‘Guerrilla Date’ on ‘Entertainment Weekly’! How was it?” 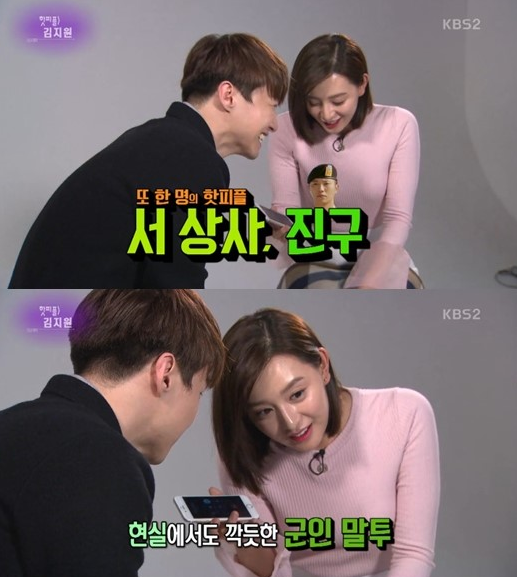 “It was the best!” he says, and the show shares clips of the massive crowd who had gathered for his outside interview. “Was it awesome?” she asks him, and he replies, “Totally, totally,” which makes her laugh. 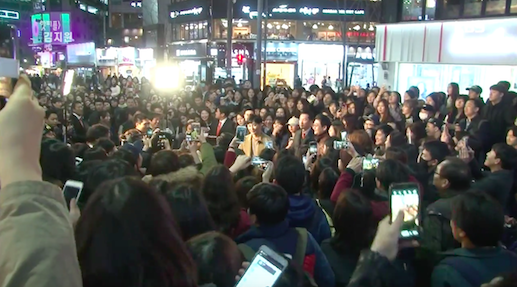 After their call, when the interviewer asks her who took care of her the most on set, Kim Ji Won replies without any hesitation, “Jin Goo.”

She explains, “When I was cold, he’d bring a heater over for me,” and adds with a laugh, “It made the set nice and warm.”