Singer is seen running through the streets of Seoul carrying of .

On March 3, the episode titled “Majority Race! Dangerous Unanimous Vote” will air on SBS’s “Running Man.” Everything will be decided according to the majority vote. However, the team will face penalties if there is a unanimous vote.

Each member goes out looking for their special person in the midst of a rigorous psychological game. In the process, Kim Jong Kook finally meets Seohyun. To accomplish the mission, Kim Jong Kook gives a piggyback ride to Seohyun running through the streets of Seoul. 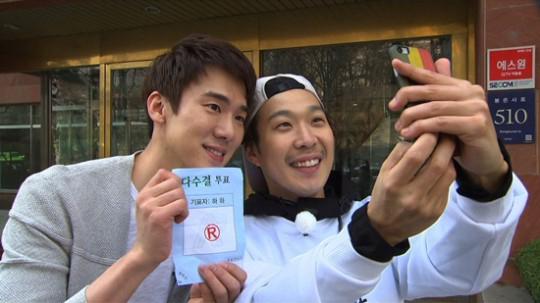 On the other hand, finds actor to complete his mission. However, Yoo Yeon Seok requests an unimaginable mission from Haha showing off an unexpected quality as a variety star.

Watch the most recent episode of “Running Man” below!