On a recent episode of SBS‘s My Little Old Boy, Kim Jong Kook showed off a possible love line with Hong Jin Young, and in light of the heart fluttering moments, a past video of Kim Jong Kook’s unique dating style resurfaced among fans. 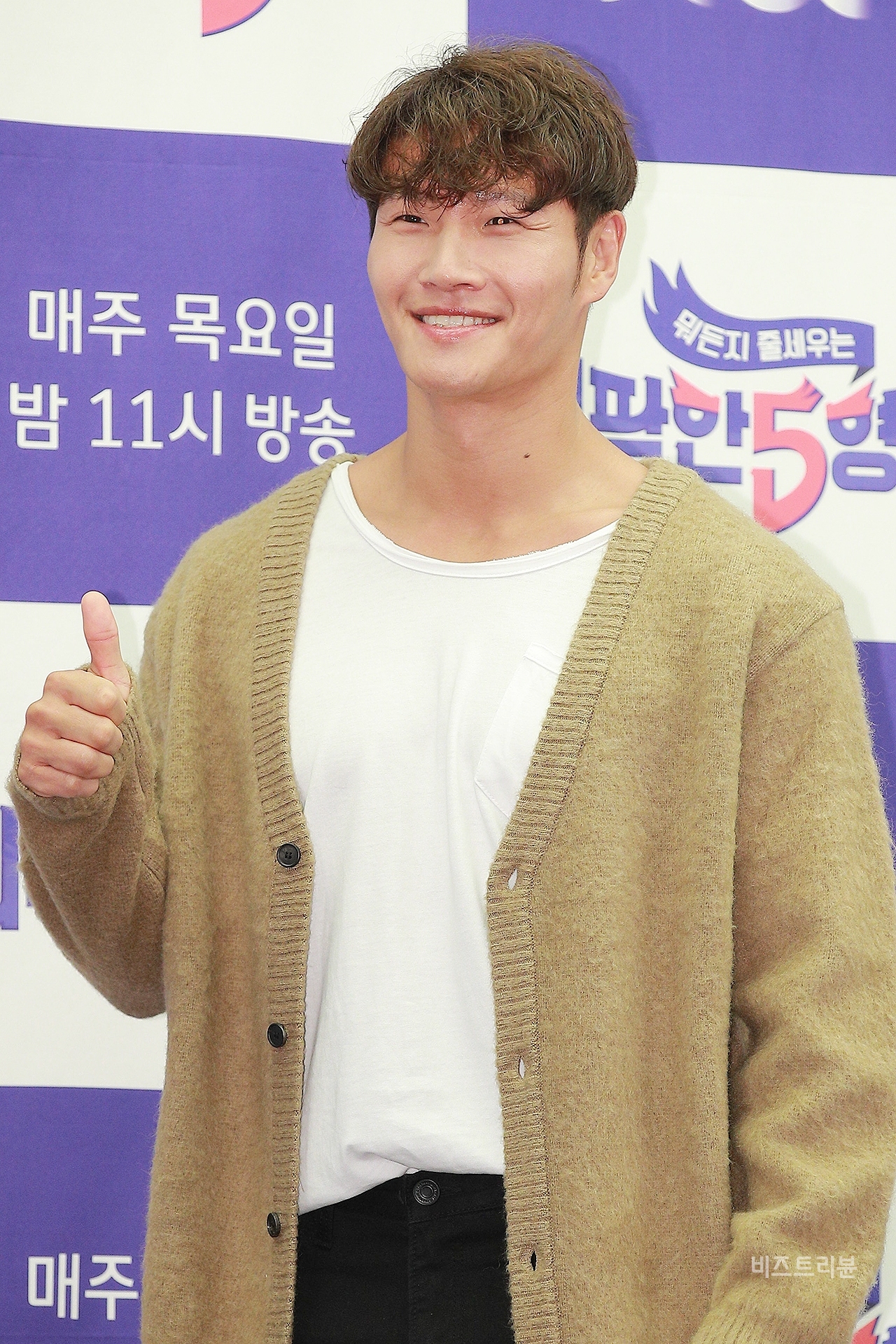 Back in 2015, Kim Jong Kook appeared on SBS’s Healing Camp where he revealed that he never says “I love you” to his girlfriends. 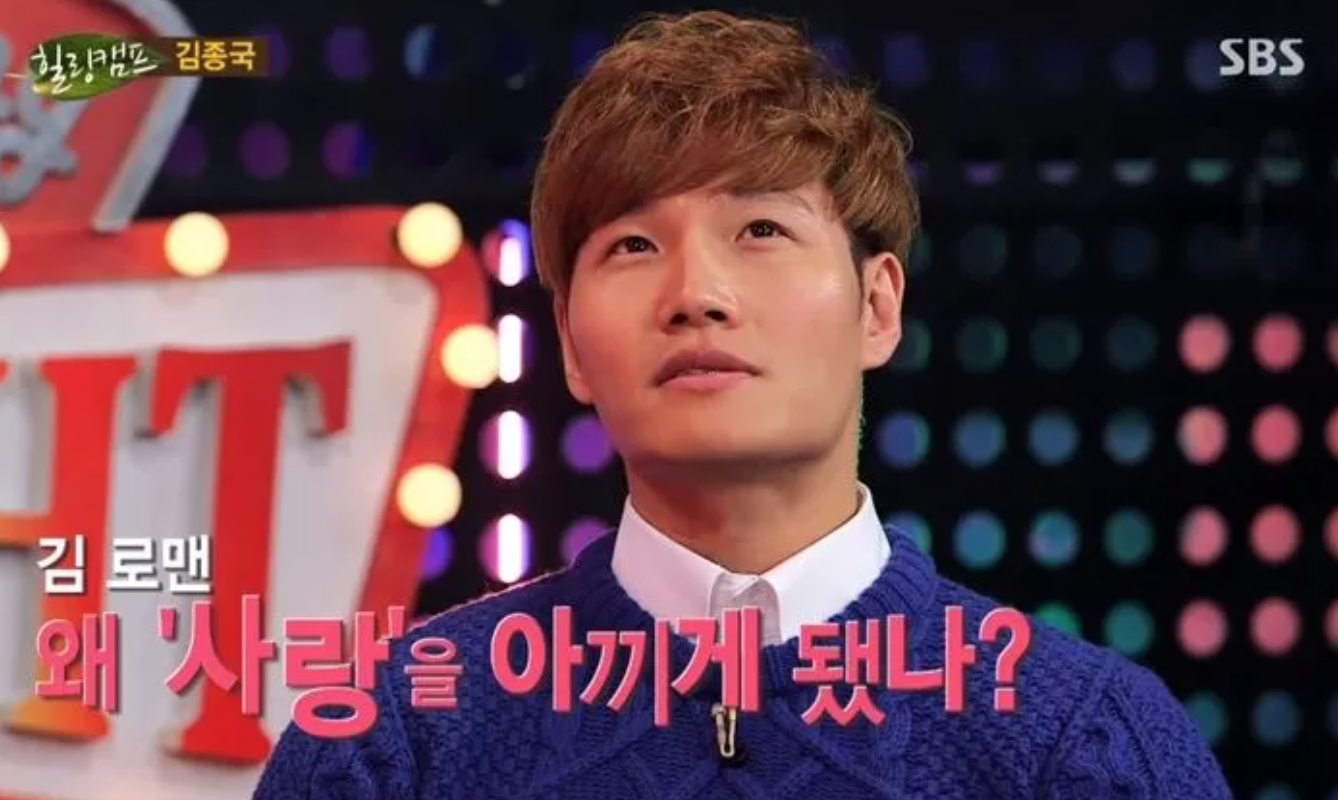 Kim Jong Kook stressed that he wasn’t always this way.

I haven’t always been like this. When I broke up with a long-term girlfriend in my late 20s I suddenly had a realization. 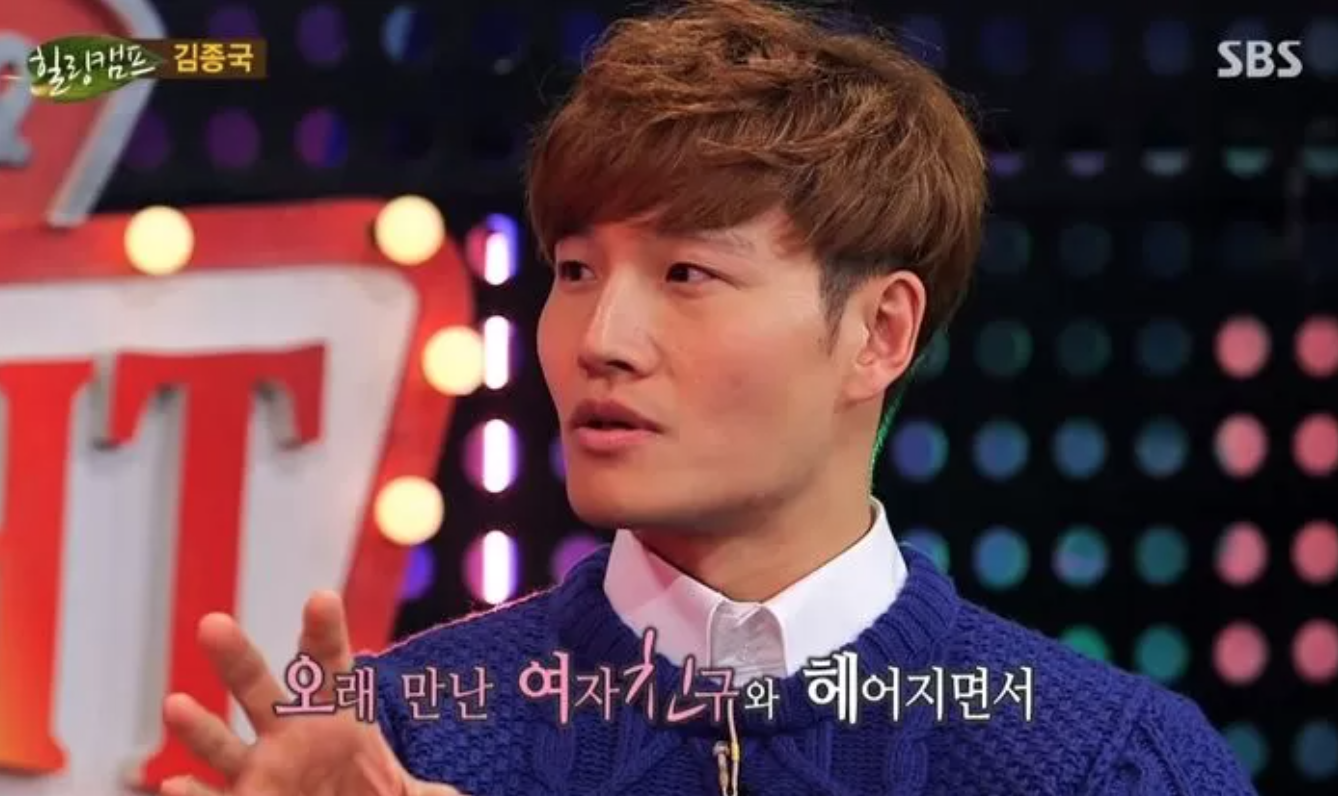 Once the relationship came to an end, Kim Jong Kook found it contradictory that he told his ex-girlfriend that he loved her.

The thought of having told them I loved them but then breaking up made me realize it was contradictory. If a man says ‘I love you’, shouldn’t they see it through for the rest of their lives? 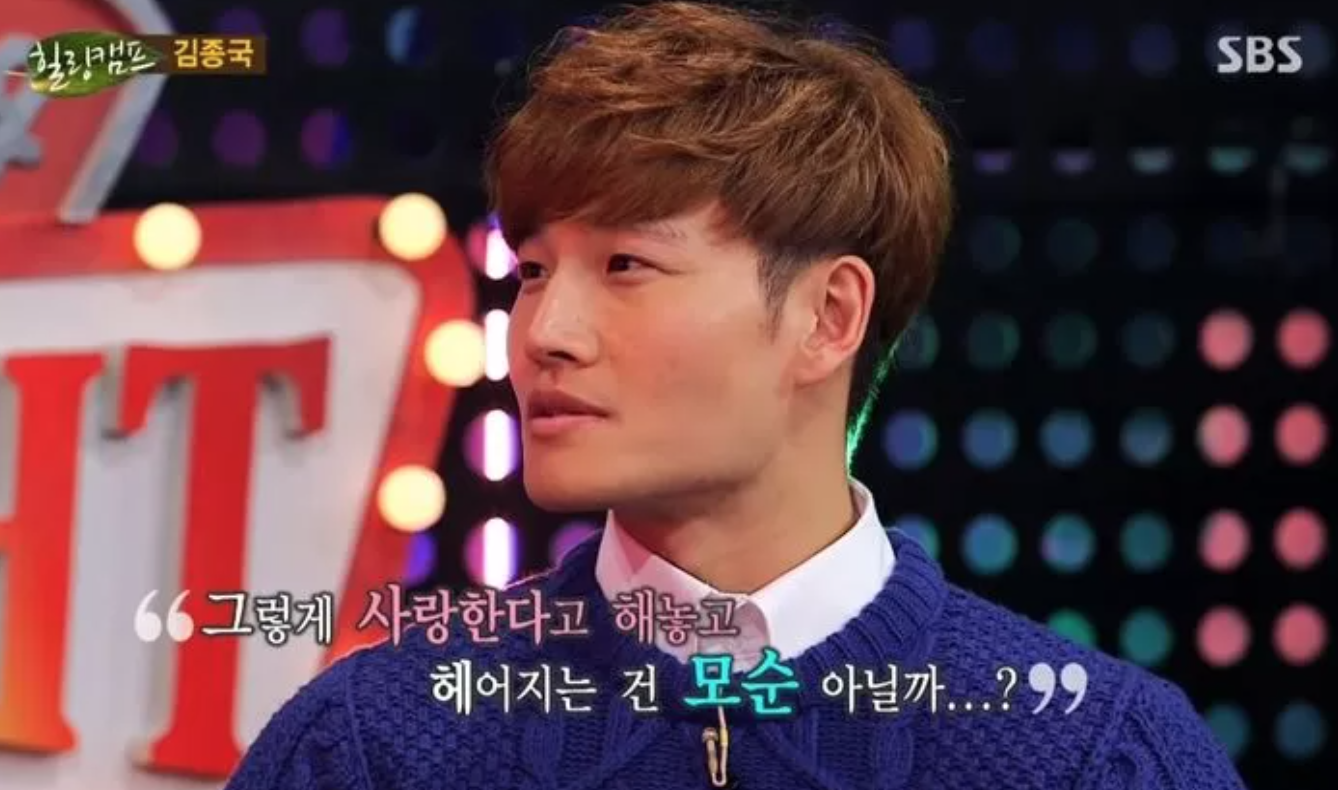 Therefore, he made the decision that he would pick and choose how to say those meaningful words.

I decided to only say it once I meet a woman I can take responsibility for for the rest of my life.

As a result, he confessed that he no longer says “I love you”, but Kim Jong Kook believed it made the words that much more meaningful.

I think the words will be more meaningful when I propose. 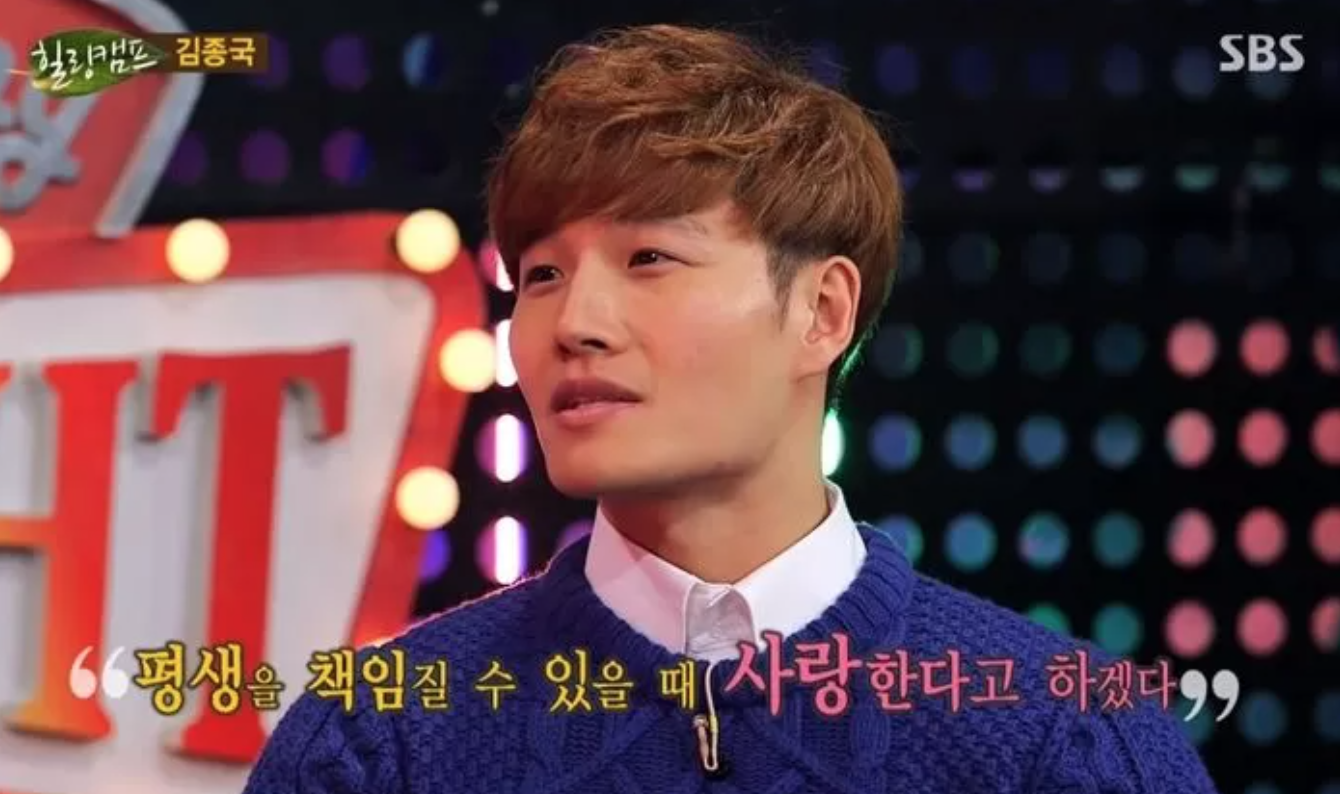