During the April 1 episode of SBS’s “My Ugly Duckling,” Kim Jong Kook underwent operation after receiving spinal anesthesia. When he woke up and his anesthesia wore off, he started to toss and turn in his bed due to discomfort. Then he mentioned his mother, saying, “Lying down here makes me think of my mother.”

Kim Jong Kook shared, “My mother underwent a big surgery in the past. When I was younger, she didn’t tell me [about it]. [She didn’t even tell me] about the surgery date. I was so busy that I couldn’t go to my house in Anyang. I talked to her on the phone, and she didn’t sound well. I just thought she was tired.”

He said, “One day, I went to the hospital, and she was lying down, but she got up [when she saw me]. She told me, ‘I’m getting surgery tomorrow. I have cancer.’ She didn’t tell me because it was a critical time for me, but I was so ignorant back then. She must have really had a hard time.” 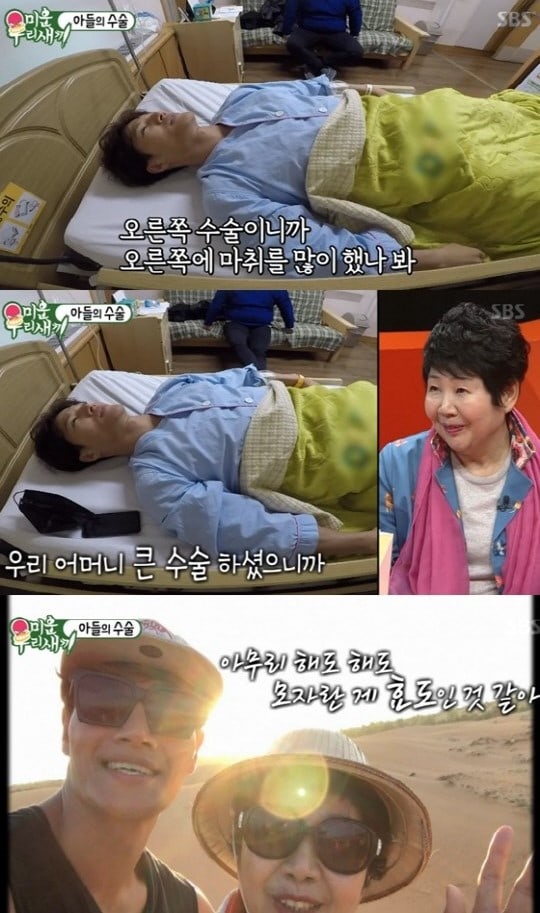 Despite the pain he was in, Kim Jong Kook continued to show affection for his mother. He confessed, “When I was younger, I caused a lot of trouble, so I thought I should hurry up and succeed in order to make a lot of money and become a filial son. However, after experiencing that, I panicked. It made me realize that my parents won’t wait for me. I thought something bad could even happen to them tomorrow.”

He added, “Ever since then, I took care of my parents so much that other people thought I was making a fuss. From some point on, I really enjoyed spending time with my mother. No matter what you do, you can never be filial enough. No matter how filial you are, you will always regret it later on.”

Kim Jong Kook’s mother shared, “I got surgery when my son wasn’t able to be active as a singer because he was involved in an incident. He was just about to start his activities again when I became ill and got surgery. I thought he might not be able go back to work, so I told him I went to the countryside and didn’t tell him about my surgery.”

She stated, “My son takes me on trips because he thinks I might pass away early. At that time, medical technology wasn’t advanced, so we didn’t know what was going to happen, but I was more concerned about my son than myself.” 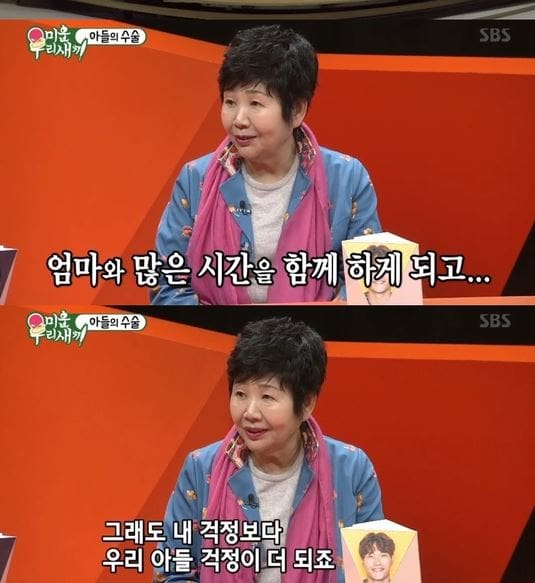 This episode of “My Ugly Duckling” recorded viewership ratings of 15.1 percent and 18.2 percent. The show also took the top spot in its time slot and received the highest viewership ratings among all variety shows that aired that day.

Watch the latest episode of “My Ugly Duckling” below!