Kim Jong Kook has talked about his career and plans as a singer.

“The Call” is a music show where Korea’s best singers send offers to people they want to collaborate with and the winning team will get to release an official single.

About the show’s format, Kim Jong Kook said, “I’m the type of person who can’t woo very well. I think my tendencies were reflected in the program and I have strong tendencies to work with a partner who wants to work with me.”

He continued, “I didn’t work for a while in the industry as a singer. This year, I really want to work on a solo album, so I decided to appear on ‘The Call.’ I think it’s the signal of my comeback as a singer.”

The premiere episode of the show on May 4 showed Kim Jong Kook, Wheesung, Kim Bum Soo, and Shin Seung Hoon meeting with other artists. He appealed to other singers and introduced himself. 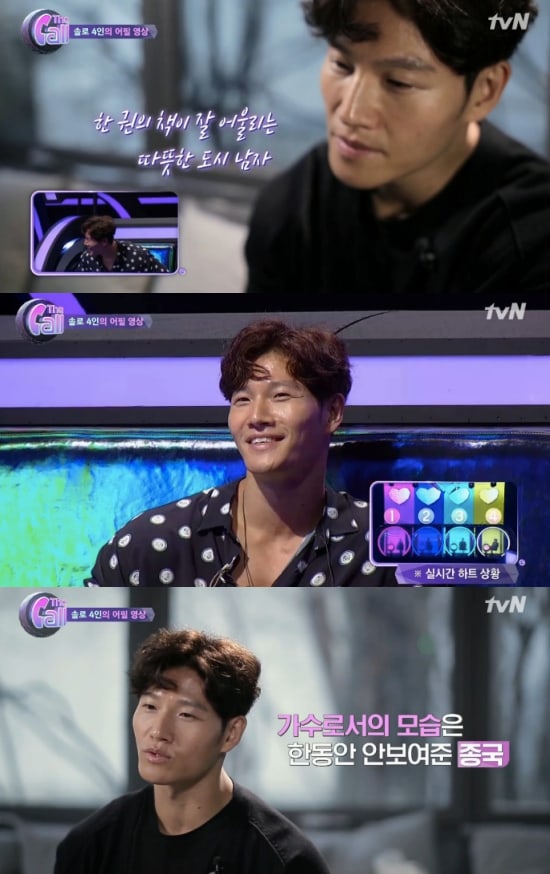 He said, “I’m Kim Jong Kook who captured the ears of this continent. Young people don’t know that I’m a singer. They just think of me as someone who’s good at exercising, has a good body, and is a funny TV personality. I didn’t show enough of myself as a singer. I received a lot of love through the song ‘One Man.’”

He continued, “It’s not easy for a solo artist to receive a daesang [grand prize] from all three broadcasting networks. [Network year-end] award ceremonies disappeared after me, so I became almost the last singer to receive a daesang from the broadcasting networks.” Kim Jong Kook was awarded a daesang from MBC, KBS, and SBS’s year-end award shows in 2005. The next year, MBC and KBS both switched to annual song festivals without awards, with SBS doing the same the following year.

“I was able to survive until now because my voice is unique,” said Kim Jong Kook. “I’m good at high notes too.”

Kim Jong Kook added, “I sometimes write songs and think a lot about how important the lyrics are. High notes are important to give power to a performance. I can do that part well. If you want to enter the overseas market, then please work with me.”

Watch Kim Jong Kook singing his track “Walking in One Spot” on the show below!