At the core of the new sci-fi variety show’s concept is the idea that human intelligence is the most perfect form of “artificial intelligence.” Therefore, various people are mailed in large boxes to the homes of IZ*ONE, Song Mino, and Min Kyung Hoon to teach them new skills. 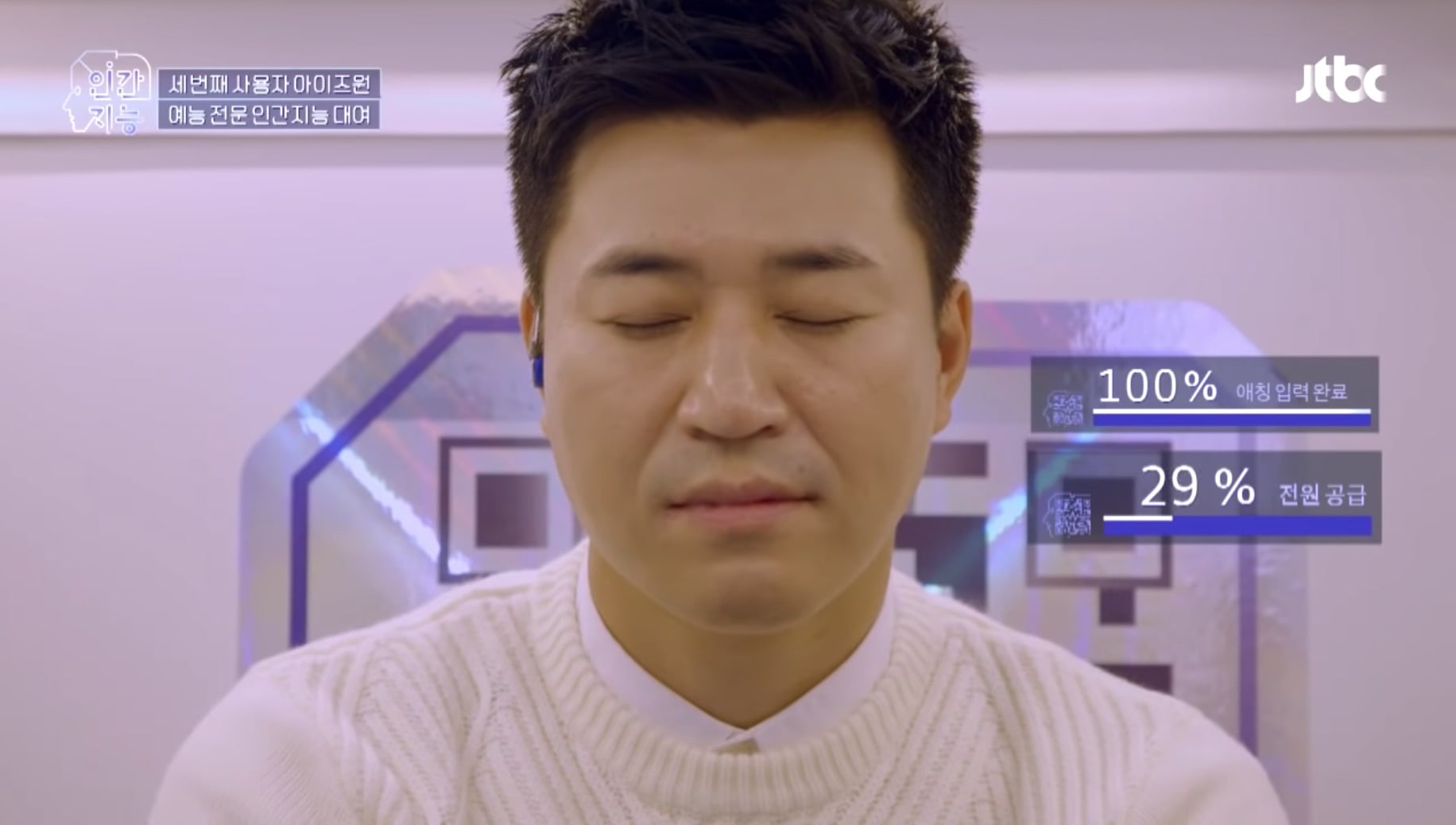 IZ*ONE asked for an A.I. that would help them with their variety show skills, which resulted in veteran variety star Kim Jong Min being mailed to them. The girls cheered at his appearance, but when he told them confidently, “You can ask me anything you want” (like Siri or Alexa), they confused him with questions like, “Can you name all 12 members?” and “Dance to ‘Pick Me.’”

In the practice room, Kim Jong Min helped the girls overcome their fear of appearing on variety shows. He watched them practice their choreography for “La Vie en Rose” and evaluated their individual talents. 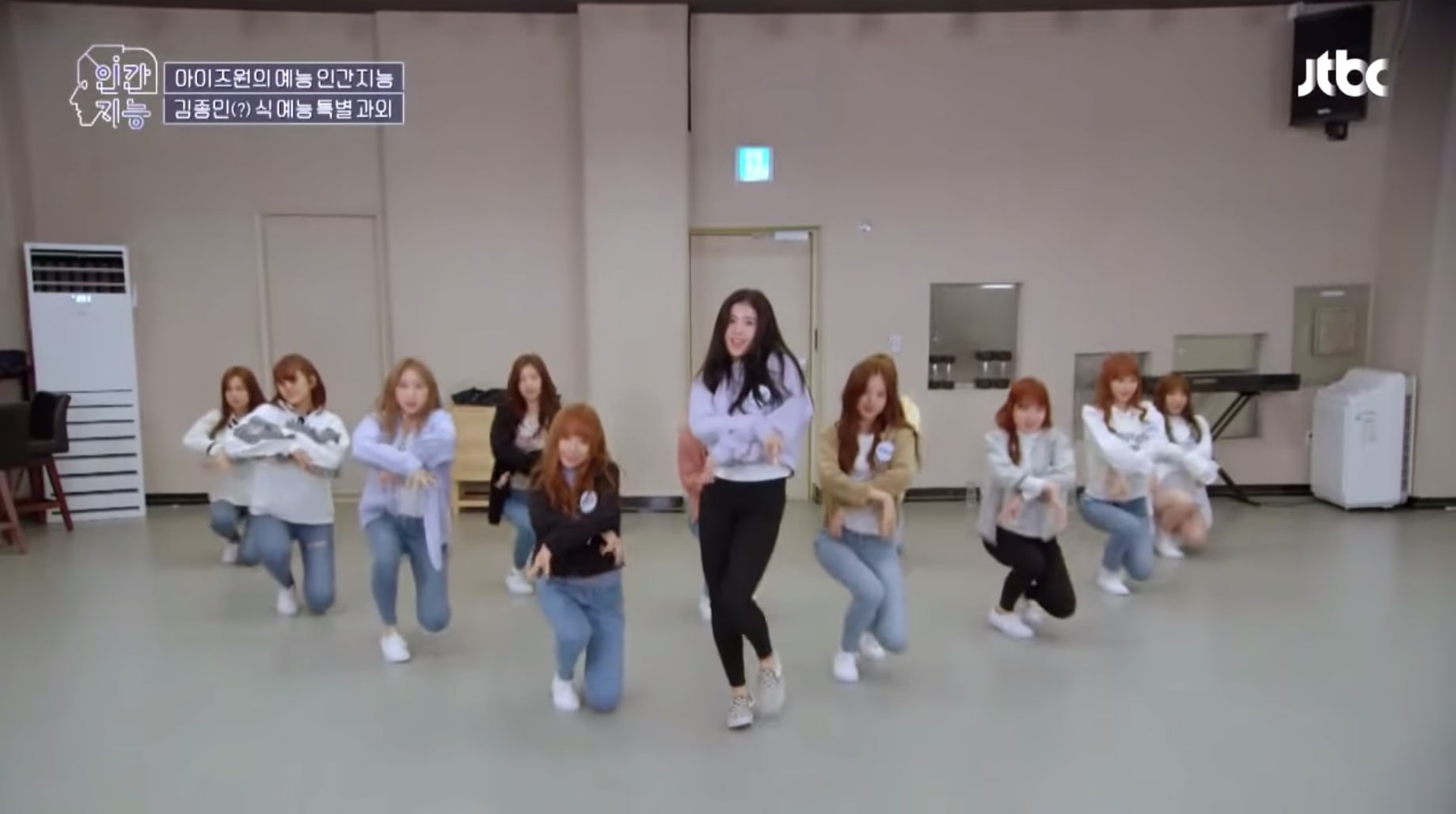 About their choreography, Kim Jong Min – who began his career as a dancer – said, “Even if I look at it objectively, it’s really good.” About variety shows, he said, “It’s about making your presence felt.”

After seeing Kim Min Ju’s amazing flexibility, he praised her and said, “It’s something that sets you apart from everyone else.” Kim Min Ju said, “It’s the first time someone has seen me do this without saying it’s gross.” Jang Won Young showed him her aegyo and he said, “Aegyo is something you can use wherever and whenever.” 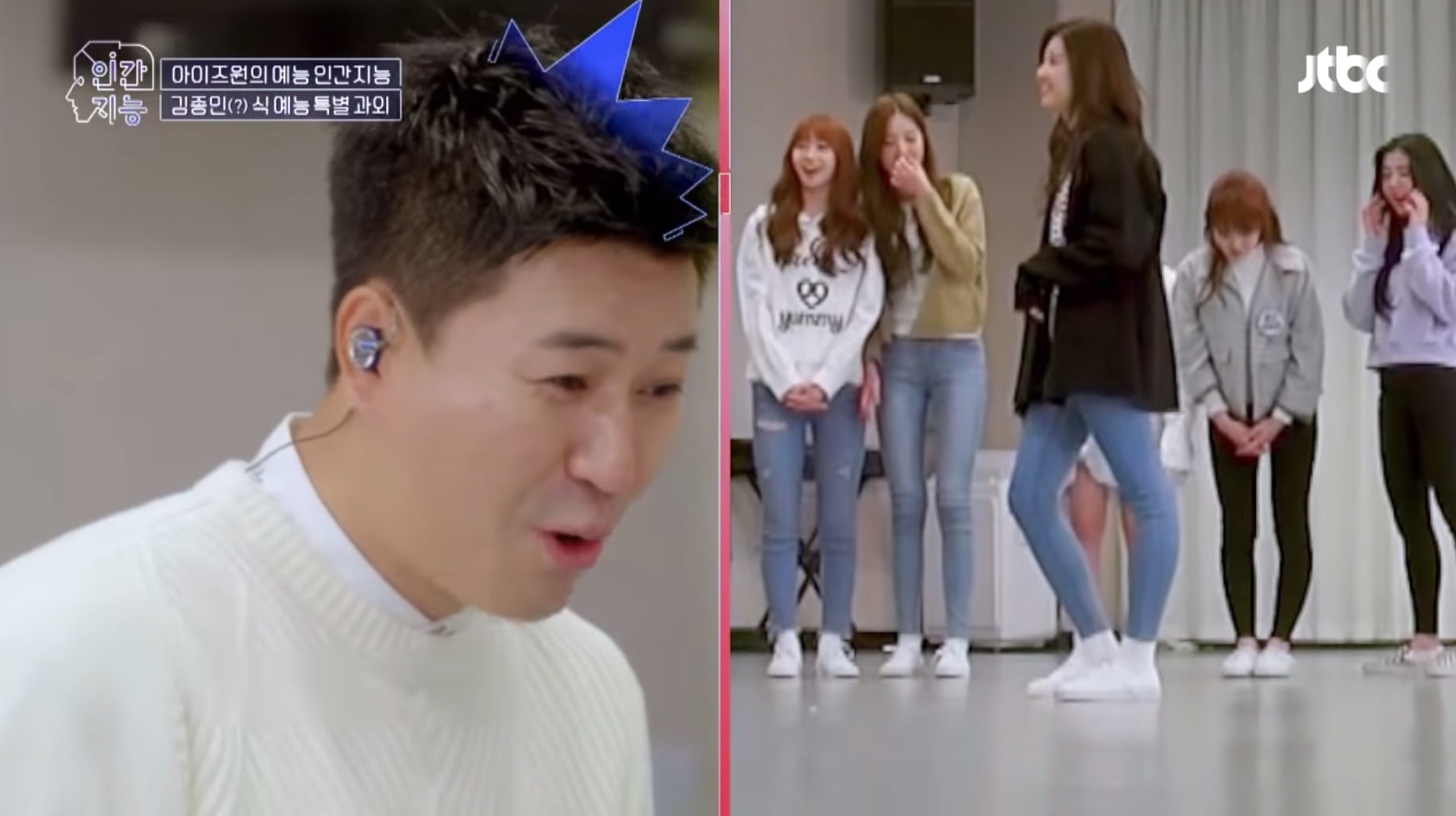 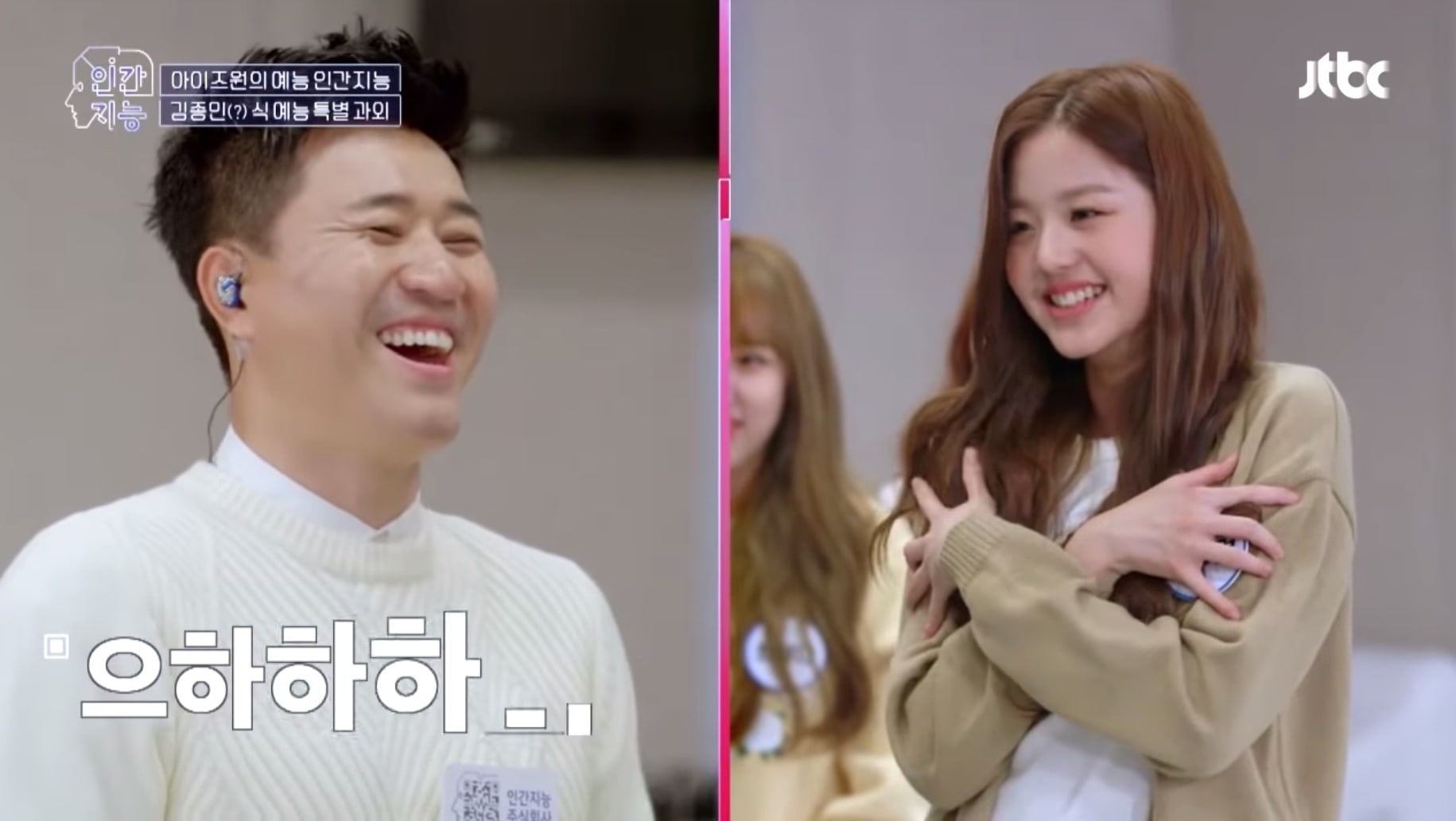 More generally, he said, “A singer has to be able to do variety shows and not just music.” When Kwon Eun Bi asked him if he had had trouble with variety too at first, he said, “It was really hard.

Although he made them doubtful at times, IZ*ONE said at the end, “He watched every one of us carefully and gave us all individual advice. That was amazing, and because of that, we were able to grow.”

Check out some of IZ*ONE’s talents below!