Kim Min Jae recently sat down for an interview, where he discussed his love for both music and acting.

The rising star originally started his career in the entertainment industry with the dream of becoming a singer. He loved hip hop and dancing, and was a trainee for four years. During this time, Kim Min Jae even appeared on Mnet’s “Show Me the Money 4” in 2015. He explained, “I love hip hop so much, so I auditioned for ‘Show Me the Money 4.’”

When asked about his experience as a trainee, Kim Min Jae commented, “The only two things I could say at that time were ‘Thank you’ and ‘I’m sorry.’ I couldn’t express my thoughts the way I wanted, and I didn’t have freedom.” 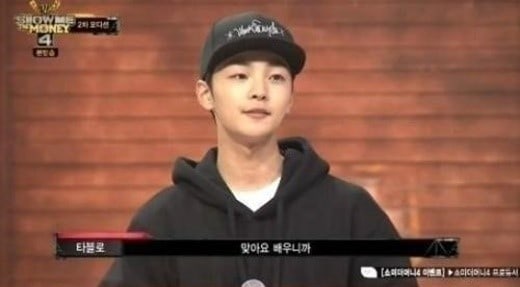 Kim Min Jae continued on to reveal that he fell in love with acting after taking acting classes by chance. He said, “While acting, I could curse, get angry, and even cry. The fact that you can express life through different emotions in acting was very appealing to me. So I approached my agency first and asked, ‘Can I appear in a production, even as a minor role?’ That’s how I started acting, and got to where I am now.” Kim Min Jae expressed his confidence in his choice to be an actor, saying, “I have no regrets about choosing to become an actor over a singer.”

Despite the change in careers, Kim Min Jae shared that he hasn’t given up music completely. He remarked, “I’m still pursuing music. Maybe because it’s no longer work, but I’m able to enjoy it more now. I like to play piano in my free time. I’m not the type to get angry easily, so playing the piano is one way for me to relieve my emotions.”

Kim Min Jae was most recently active as Lee Se Joo in MBC’s “Tempted,” which ended Tuesday, May 1.

Catch Kim Min Jae in the first episode of “Tempted” below, if you haven’t already!