“Hot-Blooded Priest” is an extreme investigative comedy about a Catholic priest with a hot temper and a foolish detective who meet through a murder case and end up working together. It is written by writer Park Jae Bum, who penned dramas such as “Chief Kim” and “Good Doctor,” and is directed by Lee Myung Woo, who directed dramas such as “Whisper” and “Punch.” 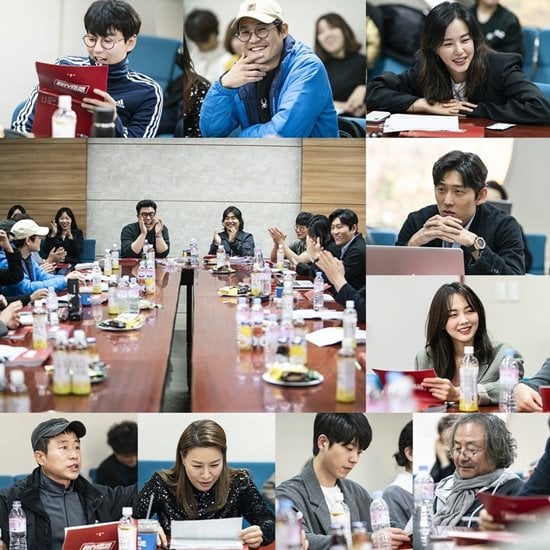 Kim Nam Gil, who will be playing the hot-headed priest Kim Hae Il, perfectly expressed his character. With his rough, biting remarks, he impressed those at the script reading as he incorporated comedy, seriousness, humor, and stoicism into his character.

Kim Sung Kyun, who will be taking on the role of the foolish detective Goo Dae Young, created waves of laughter in the room with his character. As a cowardly detective who acts before he speaks, Kim Sung Kyun was in his element as he pulled off the comedic character. He also showed great chemistry with his co-star Kim Nam Gil.

Honey Lee stood out with her ability to convey the ambitious yet clumsy prosecutor Park Kyung Sun. She moved seamlessly from being completely power-oriented to a thick-skinned, sly personality while interacting with Kim Nam Gil. 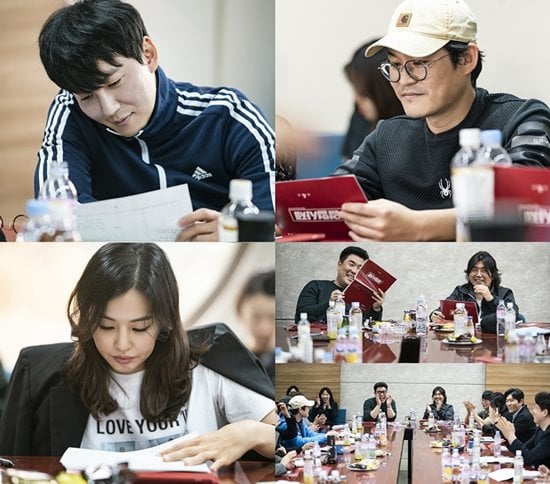 Go Joon and Geum Sae Rok, who will be playing Hwang Chul Bum, the source of the tension in the drama, and the swag-filled rookie detective Seo Seung Ah, each impressed with their own takes on the characters. Lee Moon Shik will be taking on the role of the pseudo religious sect leader Ki Yong Moon who runs a villainous cartel along with Go Joon.

A source from the production staff stated, “With writer Park Jae Bum’s dependable script, director Lee Myung Woo’s detailed directing, and the actors’ enthusiasm, the first script reading was filled with great energy. The synergy was even better than expected. Please look forward to it.”