On the February 9 broadcast, the actresses were the latest guests to appear on JTBC’s “Ask Us Anything.”

When asked to choose the best scene in “SKY Castle,” Kim Seo Hyung answered, “I waited for Han Seo Jin (played by Yum Jung Ah) at my home after telling Mr. Cho to bring her. The camera zooms in as ‘Erlkönig’ plays, and I open my eyes. I’m not saying this because it was my scene, but it was the first time where I couldn’t see Kim Seo Hyung in my acting. After watching that scene, I sent a text message to the director saying that I can’t watch it because it’s so scary.”

Oh Na Ra was then asked the same question and she began, “I feel like we filmed different dramas. While everyone had fierce looks in their eyes and were doing cool things, I [walked around with fun background music].”

Super Junior’s Kim Heechul said, “But you have that one scene where Yum Jung Ah throws you and you look really pretty,” and Oh Na Ra agreed by replying, “Okay. I got that one good shot.” Kim Seo Hyung added, “I filmed separately and on a different set, so I asked the director what camera was used to film Yoon Se Ah and Oh Na Ra. I asked what filter they used because they looked so pretty.” 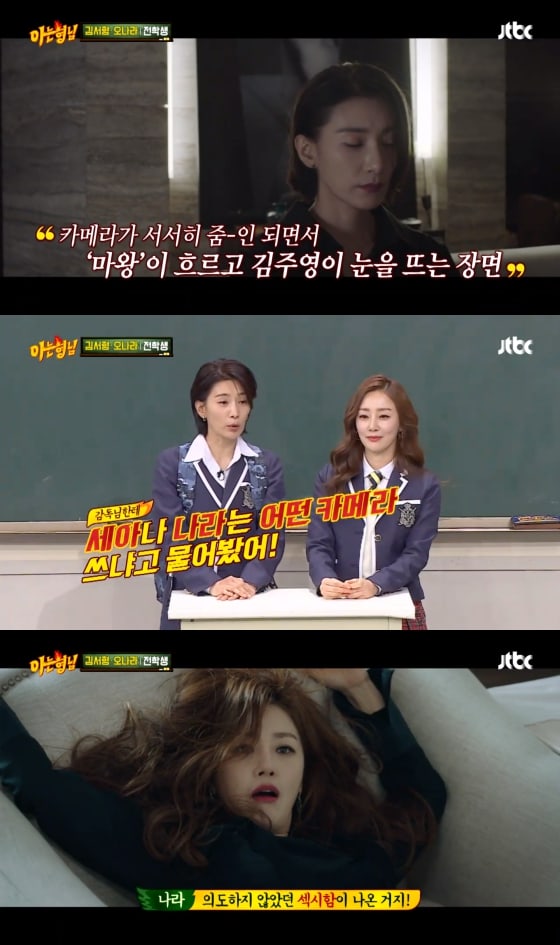 Kang Ho Dong then asked, “When Yum Jung Ah poured maple syrup on your face, what did she actually use?” and Oh Na Ra answered, “We thought that maple syrup would be too sticky, so we mixed hair essence with water. It was originally supposed to be a scene where she threw it on my face as if it was an accident, but we changed it so that she would cruelly, slowly pour it.”

She continued, “We had to end it in one shot, so [the director] promised me that we would cut after I glared at Han Seo Jin. She poured it, I glared at her, and my eyes were stinging a lot, but he wouldn’t say cut. He felt like I would keep doing something and wouldn’t say cut, and that’s where I blurted, ‘Wow I can’t open my eyeballs.’” The cast members laughed and applauded her after she revealed that this was an ad-lib.

Kim Seo Hyung added, “The unique point of ‘SKY Castle’ is that the director and filming director do not say cut much. The two of them are curious about what the actors will do until we’re done. So I had to act until they said cut. While acting, I asked myself, ‘Did I always like the camera this much?’” 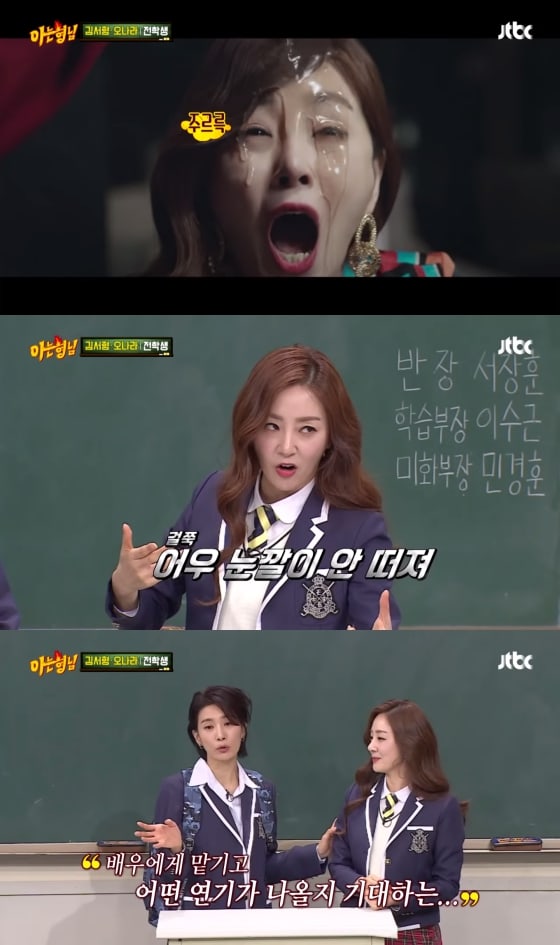 Speaking about growing real maternal feelings for her on-screen son Soo Han, Oh Na Ra said that she found herself rooting for him when the kids acted together. She also chose her on-screen partner Jo Jae Yoon as the best husband in the drama for loving and adoring her in the drama.

Like in many dramas, the actors in “SKY Castle” also had a group chat to communicate while filming the drama. There was first a group chat with the four moms (Yoon Se Ah, Yum Jung Ah, Oh Na Ra, and Lee Tae Ran), but they got rid of this one after another one was created with all of the cast members.

Oh Na Ra explained that it was funny how each of the actresses spoke like their characters in the group chat. Lee Sang Min asked the actresses if having fun in their group chats interfered with their acting on set.

Kim Seo Hyung explained that group chats were okay, but that she asked Yum Jung Ah to not make her laugh during their personal conversations. She also explained that the actors controlled these kinds of interferences in their own way by keeping distance from each other when they needed to concentrate. 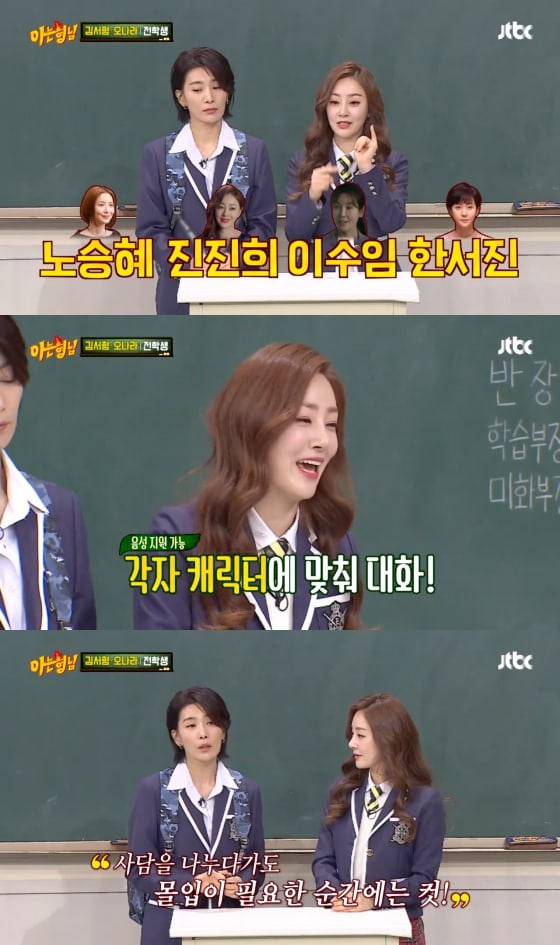