Kim Soo Hyun recently did a charming pictorial and interesting interview with Vogue Korea! In his interview, Kim Soo Hyun shared how his military enlistment affected his career and also discussed his current projects. 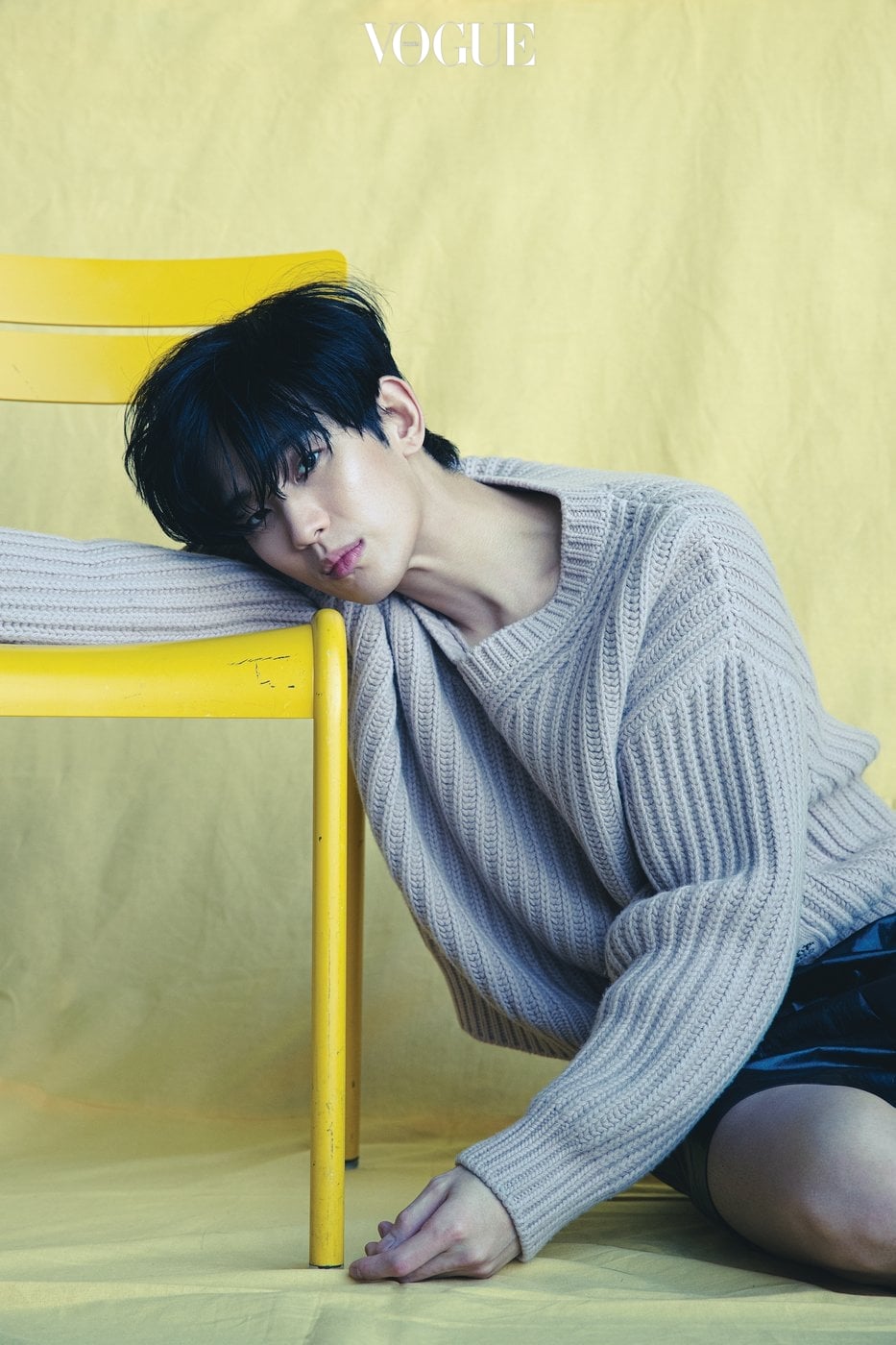 Q: Come to think of it, it’s already 14 years since my debut. The splendid festival is over, and it’s the time when justifications are important.

It’s already been that long since I first debuted in 2007. In retrospect, there were times when there was a lot of excesses in all respects, but there were also times when I regretted, retreated and fell short. It’s impossible to define what’s right or wrong when you see it in the past, but no matter the moment, there’s nothing that I wouldn’t get invoved with again or want to avoid. In the end, time passes and whether it be moments of glory or wounds, they remain. I’m still sprinting toward a dream, and I’m not sure how long I’ll be able to make myself heard as an actor, but I’m still able to undergo the feelings that surround me now. 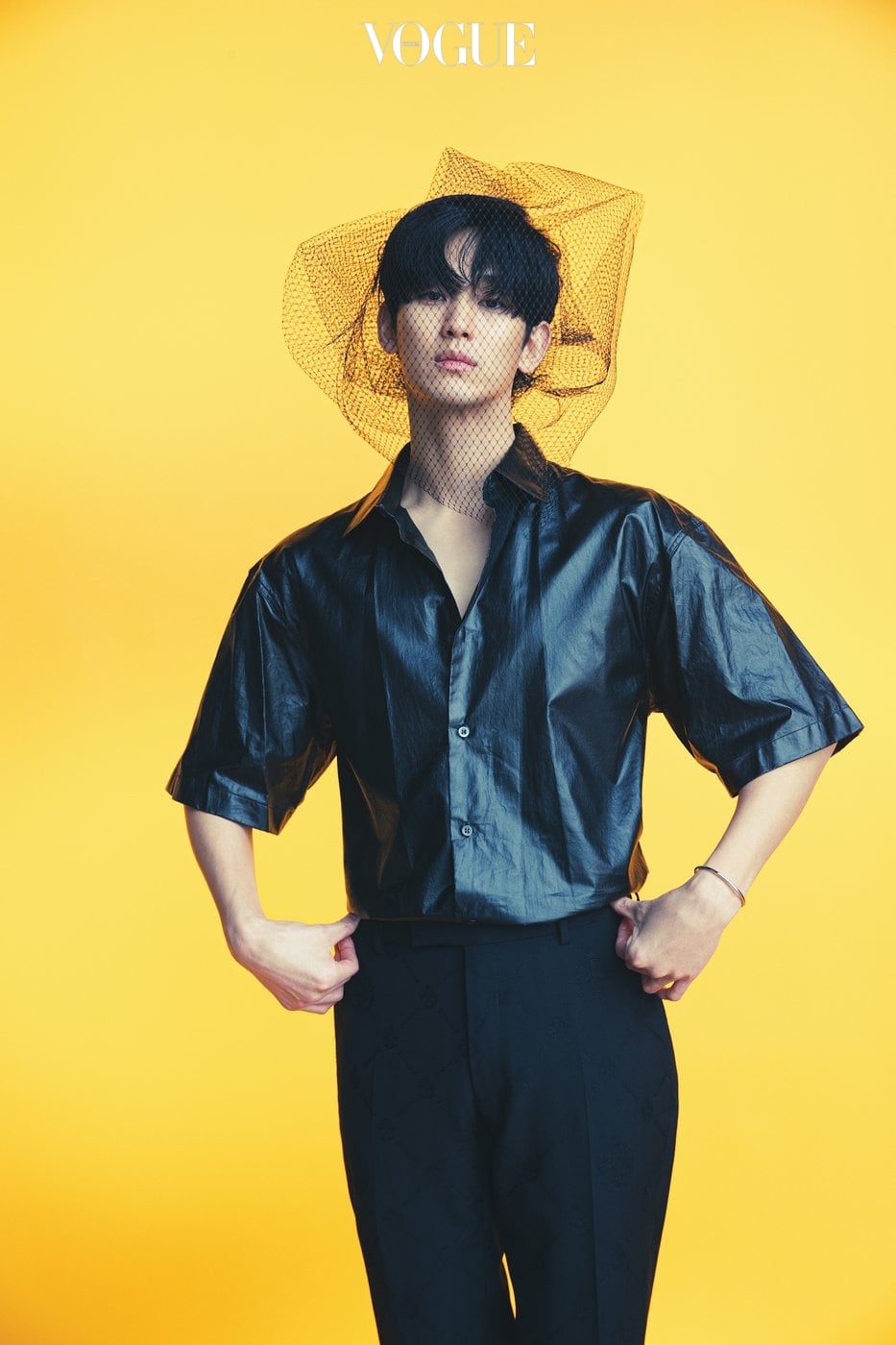 Since Kim Soo Hyun has a thriving and successful career, he was questioned on whether he had faced crisis or opportunity more.

Q: A decade is enough time for anything to be destroyed and then rebuilt again. Crisis and opportunity, which side have you faced more?

I’ve never been pushed by the circumstances or felt desperate, but there were times when I needed a pause. Luckily, this was during the time I enlisted and discovered both my question and answer at the same time. I did a movie in between, but not everyone visits the theater to watch it, so the last time people could easily see me was in the 2015 drama ‘The Producers.’ I was in the military for two years, and no matther how quickly I picked a project, once I was finished, 2020 was the earliest that people could see me again. I asked myself whether I could flill up the gap for five years. It wasn’t merely the fear of disappearing from people’s memories, but the burden of showing a new side of me while remaining familiar. With the addition of the digital platform, the viewers’ choices have become vast, so I couldn’t be the only one staying in place. 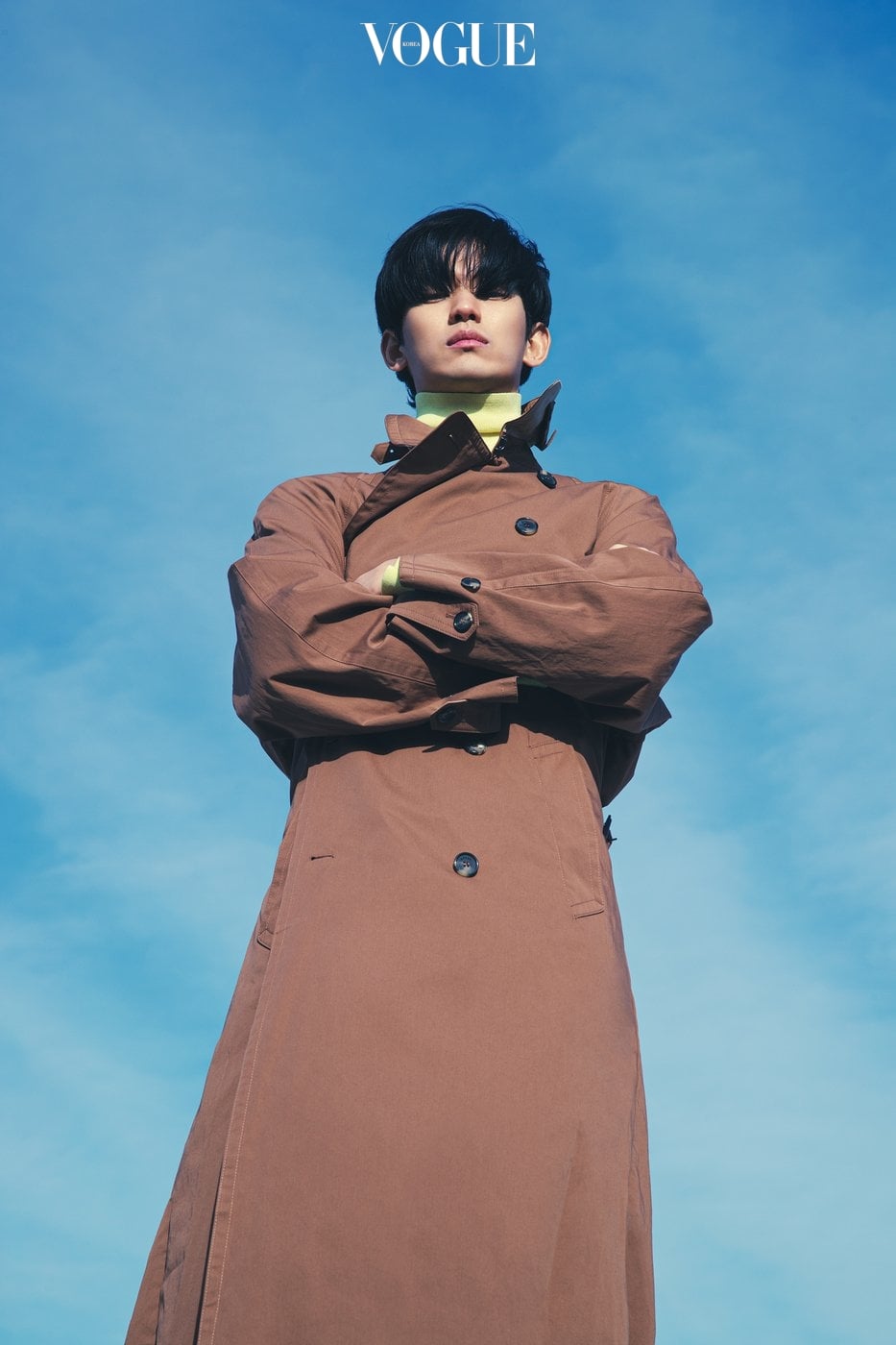 Overall, Kim Soo Hyun shared that his enlistment was a great thing as it changed his values.

Q: Your shooting today gave me the impression that you have this sense of composure. Men often sat they experience a paradigm shift after military service; has the center of your thought shifted?

My greed is gone. Before that, I held a sense of responsibility to accomplish a lot, and I had a desire to pierce through the scene, so that I could stand out through my performance. But after my discharge, I learned how to be in harmony with the overall scheme. The environment of broadcasting is such that one person can’t fill the whole space. It’s only when you acknowledge others and blend in that you and your partner can shine. Personally, I let go of a lot of negative thoughts. 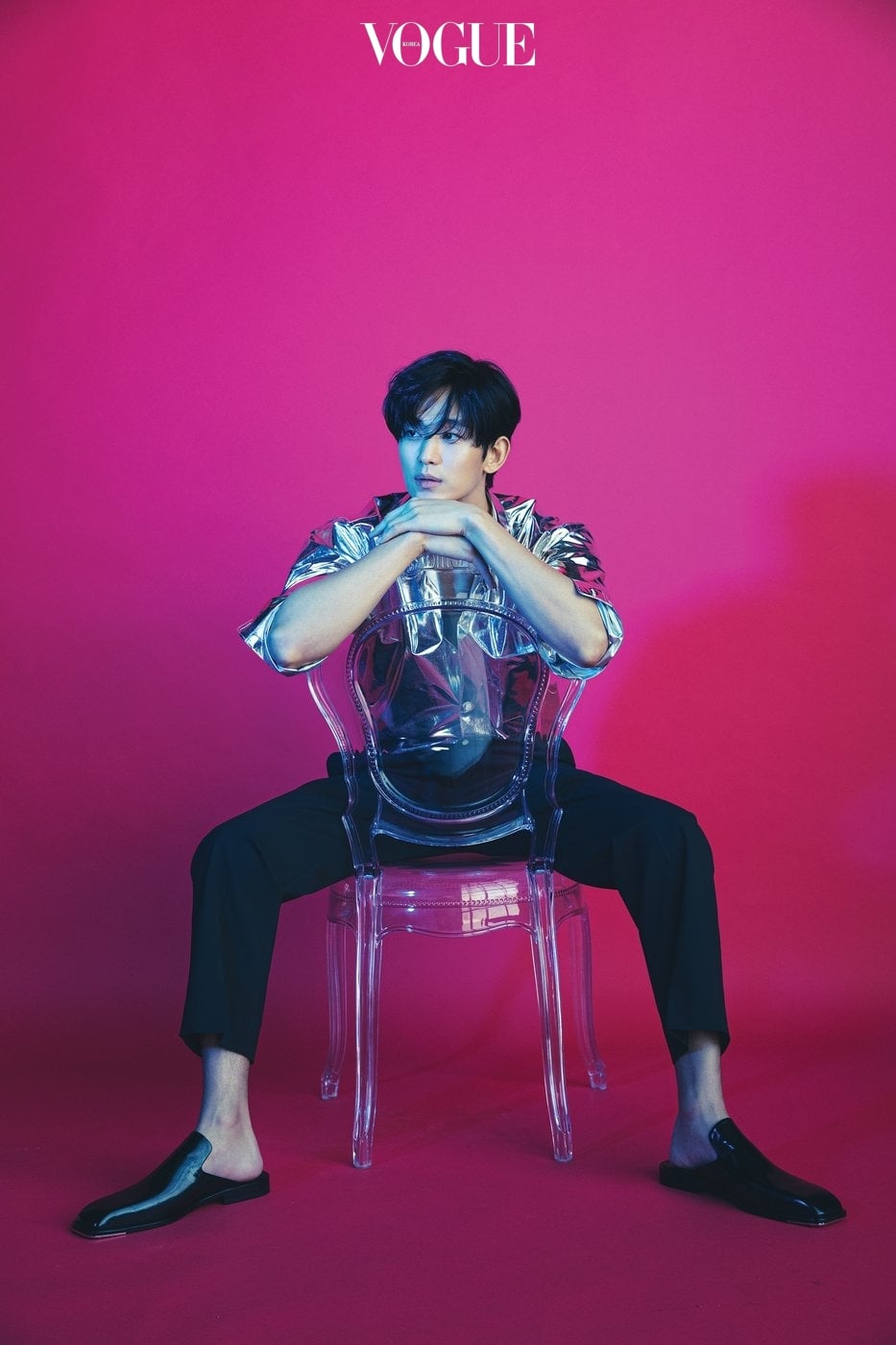 Outside of work, Kim Soo Hyun revealed how his military enlistment also helped him off-camera. Instead of being in his usual negative mindset, Kim Soo Hyun claimed that he thinks in a more positive way now.

Outside of work, I generally had a negative attitude in how I approached several situations. I tend to overthink, so I conjured up a lot of possible scenarios, but now I approach all aspects in a more simple way. I try to be as positive as much as I can and attempt not to get too deep. If I try too hard to make things perfect, I get stuck in a rut and lose something else. Then I get more regret and it eventually poisons all my attempts to begin something new. 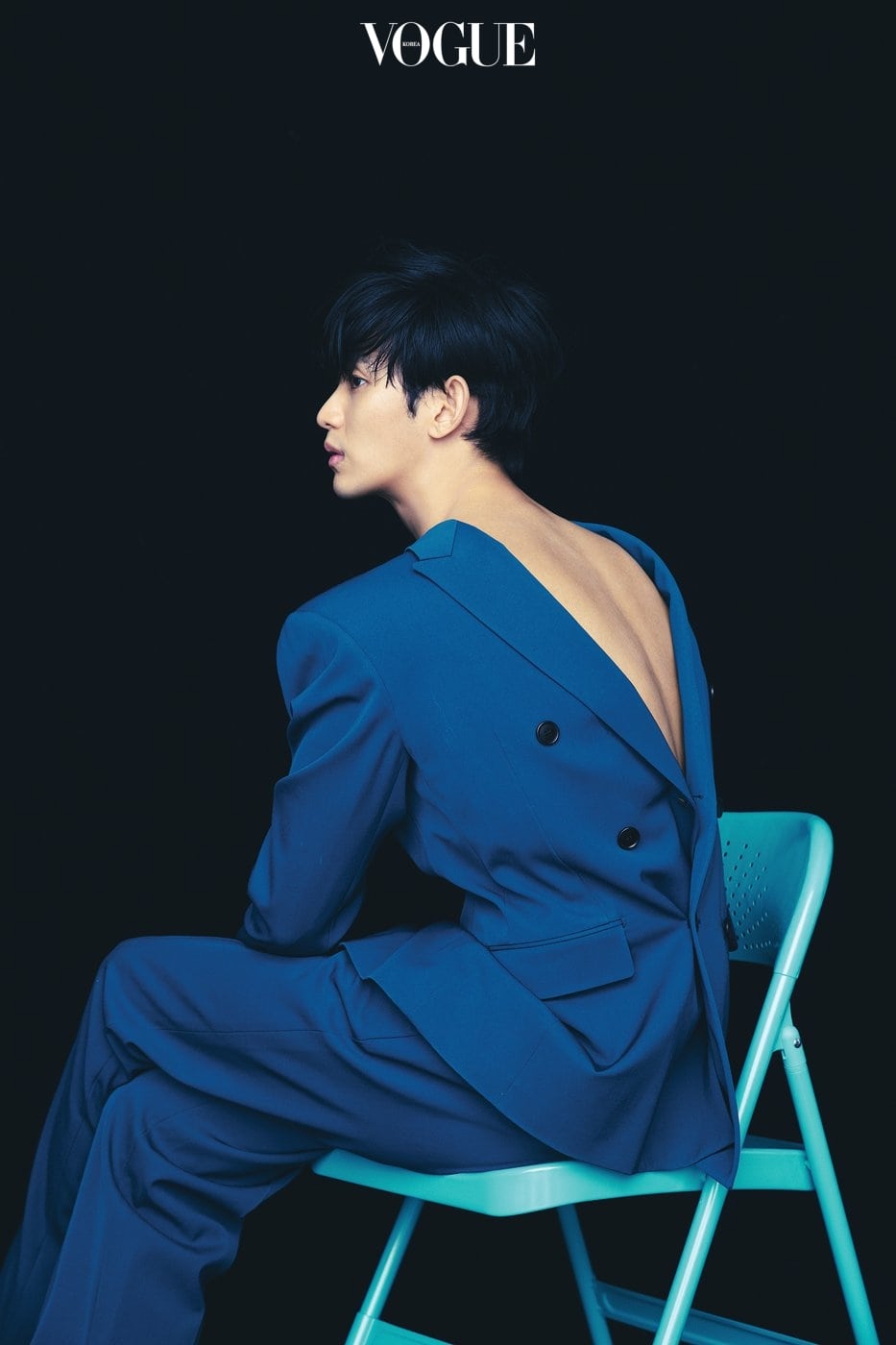 Kim Soo Hyun revealed that he applied his new values to his first project, “It’s Okay Not To Be Okay,” after being discharged.

Q: So that mindset has led you to the appearance of Moon Kang Tae we saw in “It’s Okay to Not Be Okay.” Although it was the Kim Soo Hyun we all know and love, it also felt like a different version of you at the same time.

Unlike my previous work, ‘It’s Okay to Not Be Okay’ was the first project that I approached in a really comfortable manner. I thought that I would feel even more pressure about it since it was my comeback project, but I felt freer with it than any of my previous work. In the past, I felt, ‘I have to stand out, I have to do more to make my character stand out, I have to succeed with my acting.’ But with ‘It’s Okay to Not Be Okay,’ I took a step back and approached it with a more contemplative attitude. There was no need to be super dramatic or dynamic. In a competition full of professionals, trying to stand out only makes you appear more like an amateur. If you only concentrate on results, then you feel lonely during the flow of the race, so it’s better to finish at your own pace. I approached the drama with that attitude and it went well. 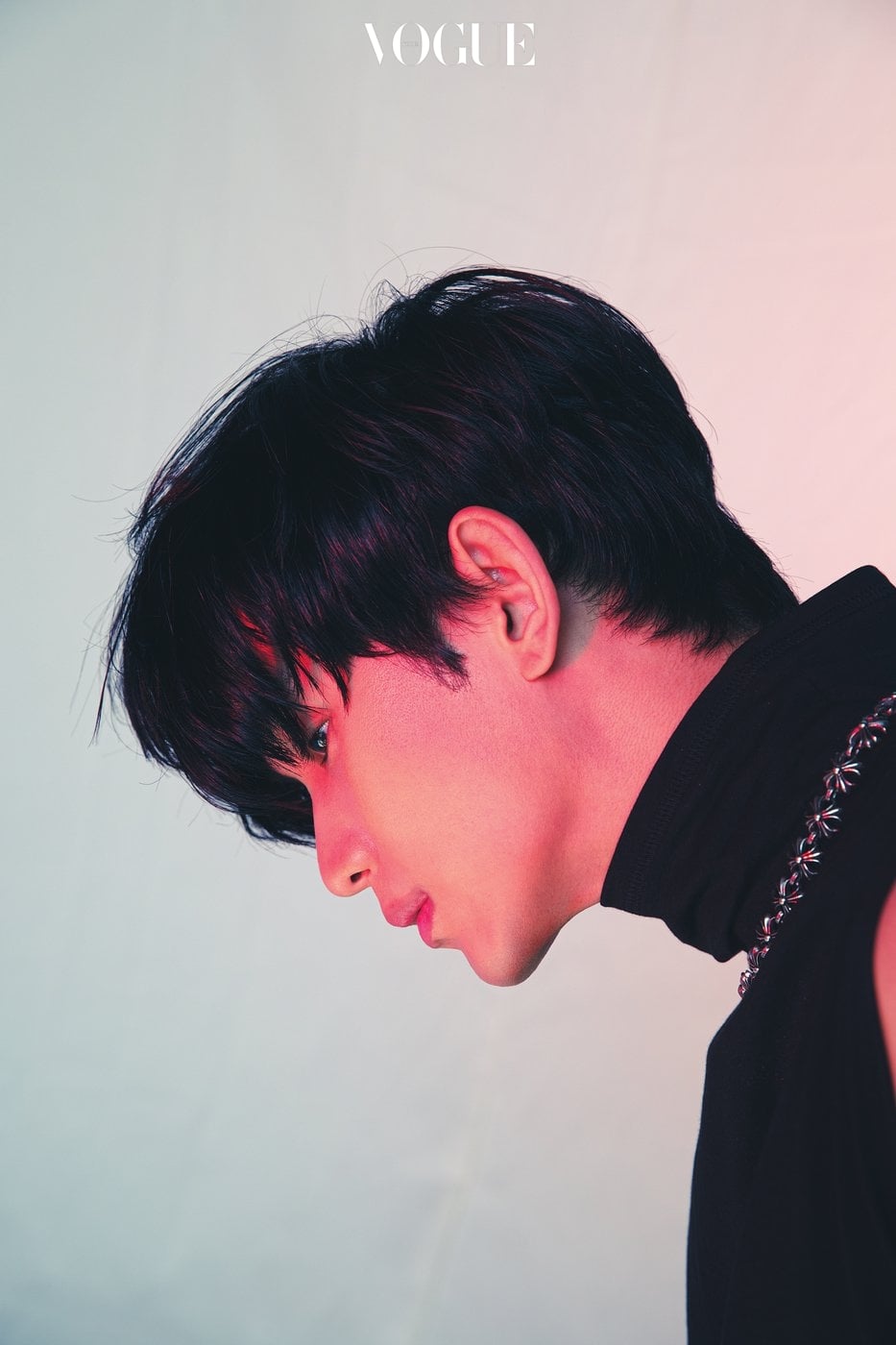 Q: How about the show, “That Night” you are preparing now? I know it’s a remake, but is it possible to approach it from a different perspective?

‘Criminal Justice’ is a drama made in the United Kingdom in 2008. In the original version, it’s five-episodes long so the storyline moves fast and you get immersed in the characters that much faster. The American version is eight episodes, so there are more details and explanations. Both versions have their advantages. The Korean version is set as eight episodes for now, but the broadcast time and method have yet to be settled. 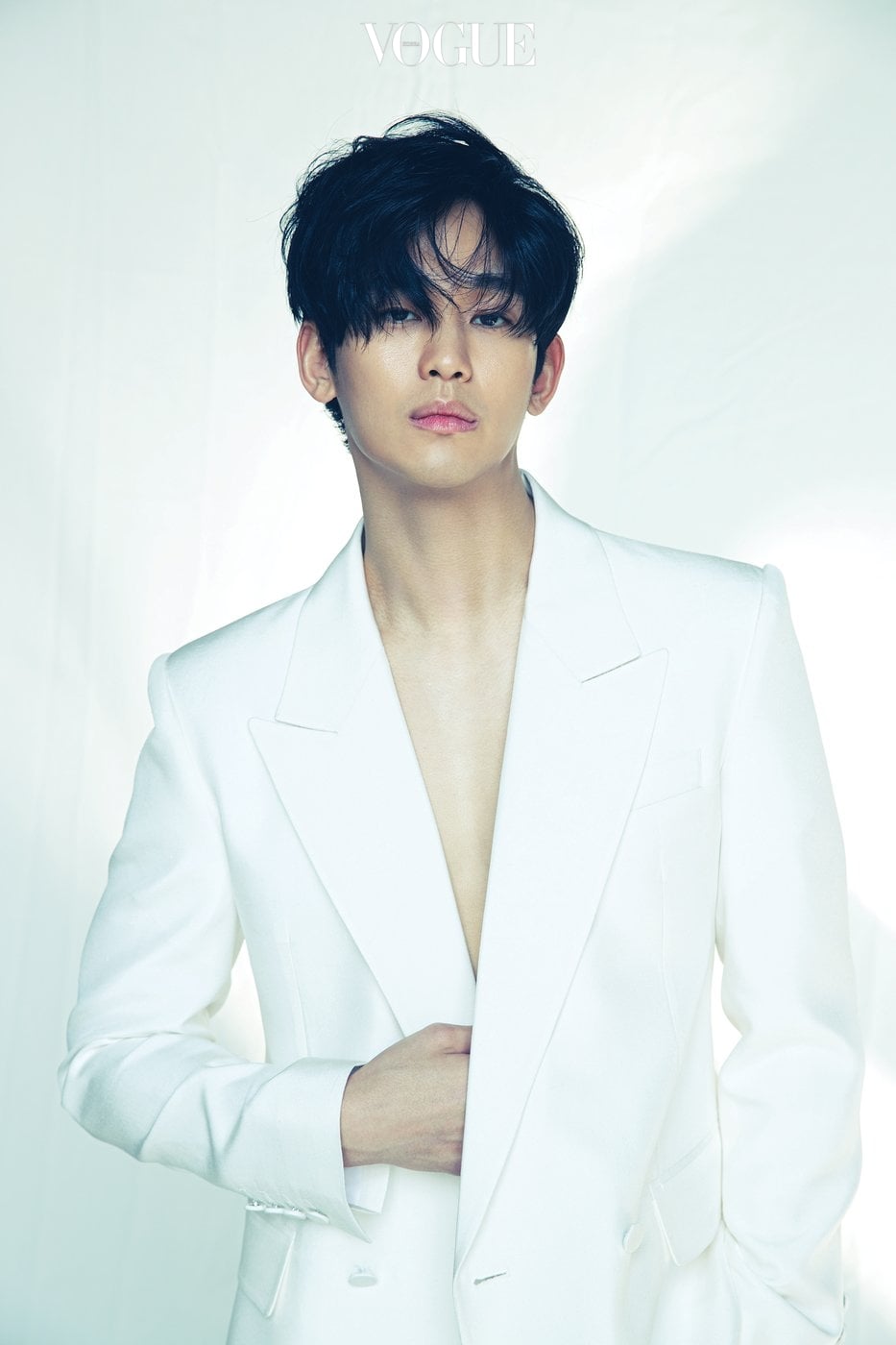 As for whether he feels pressured to remake such a well-known show, Kim Soo Hyun commented that he does not have any burdens towards trying to recreate the show in the same way.

I don’t feel a sense of pressure about the original version. Even if I tried to act the exact same way, it wouldn’t come out the same at all. The actors are different, but also the language and the director’s perspective are different. I saw the U.K. version first, and the first impression I had was, ‘It’s flawless.’ From lead actor Ben Whishaw’s work to the music, the camera angles, the style, the overall tone, and the mood, it all- appealed to me. Most of the dramas in this genre are centered on discovering the true criminal, but this drama was about the relationships between the main character and the people surrounding him. It’s about what happens when an average young man is placed in extraordinary situations and how the people around him interpret those events. 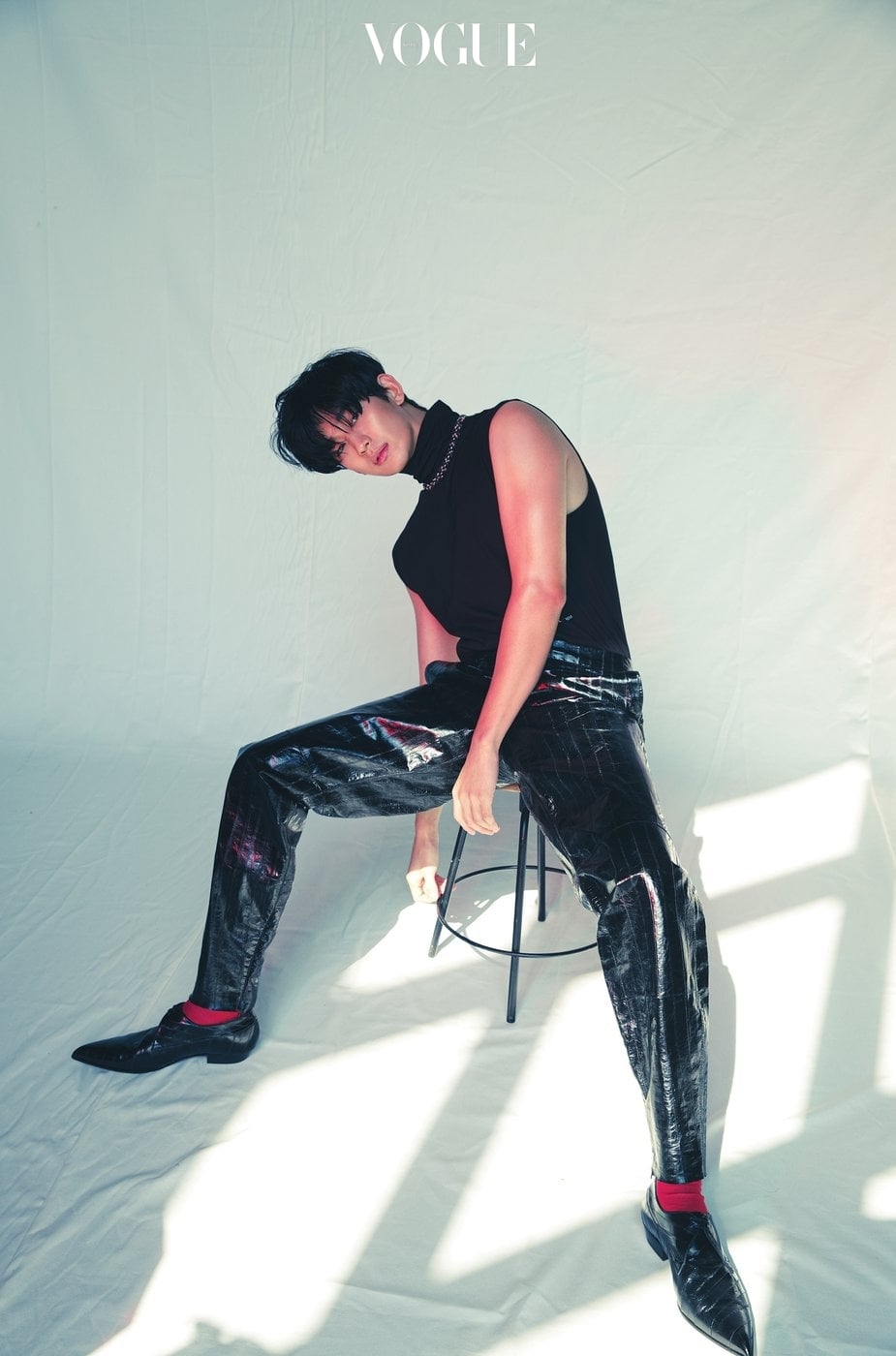