Based on the famous webtoon of the same name, “Clean with Passion for Now” is about Jang Sun Kyul, the CEO of a cleaning company who thinks cleanliness is more important than anything, and Gil Oh Sol, a passionate job seeker who has no time to clean up after herself. Yoon Kyun Sang will play the CEO with mysophobia and Kim Yoo Jung will play the job seeker who begins to work in Jang Sun Kyul’s company.

Though Kim Yoo Jung and Yoon Kyun Sang’s characters will move viewers with their heart-fluttering scenes, Kim Yoo Jung and Song Jae Rim will also display their teamwork as they expect to be the “puppy-like,” comic couple of the drama.

In the newly-released photos, Kim Yoo Jung appears with her hair a mess, squatting next to Song Jae Rim, her jobless neighbor who looks ecstatic about the ice cream he’s holding in his hands. In other images, the two show off their chemistry by enthusiastically giving each other high-fives. 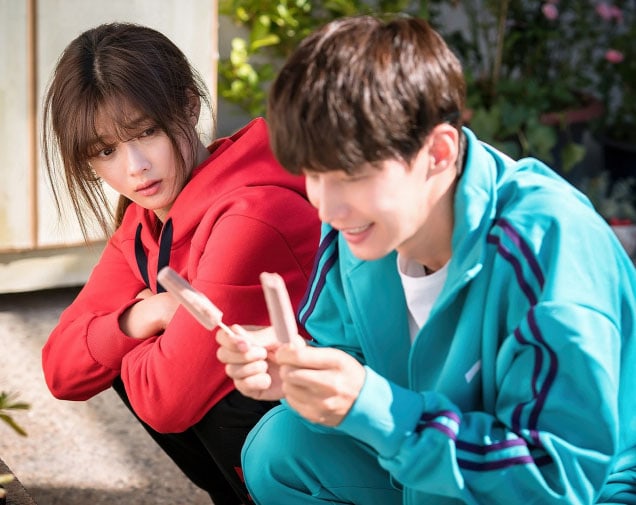 Though he’s seen wearing track suits most of the time, and they occasionally bicker, “Mr. Choi” will be a key figure in warmly looking over Gil Oh Sol and hearing out her complaints about life. As he lives on the rooftop of Oh Sol’s home, he even becomes quite familiar with her family due to his unique, friendly nature. At times, he will be Oh Sol’s reliable supporter, and at others, he will be the friend she needs. He will also cause a triangular relationship to form between himself, Oh Sol, and Jang Sun Kyul. 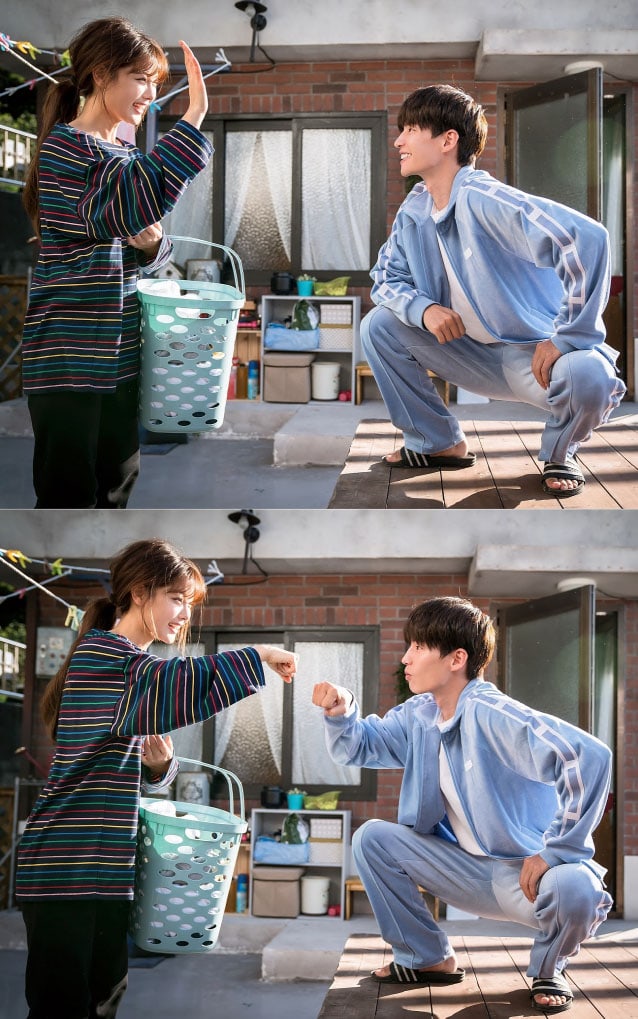 The production staff stated, “Kim Yoo Jung will raise expectations with her perfect ‘straight-out-of-the-webtoon’ interpretation of the original work. Song Jae Rim, who will be portraying a character that is not seen in the original work, is also displaying great synergy with his fresh ‘hidden card.’ Viewers can look forward to their healing synergy made from their unique, bright, and positive energy.”

“Clean with Passion for Now” will air its first episode on November 26 at 9:30 p.m. KST as the follow-up drama to “The Beauty Inside.”