On November 13, JTBC revealed a new poster for their upcoming Monday-Tuesday drama.

The drama will tell the romance between the CEO of a cleaning company who thinks cleanliness is more important than anything, and a passionate job seeker who has no time to clean up after herself. The drama is based on the famous webtoon by the same name. Yoon Kyun Sang will play the CEO with mysophobia and Kim Yoo Jung will play the job seeker who starts to work in Yoon Kyun Sang’s company. 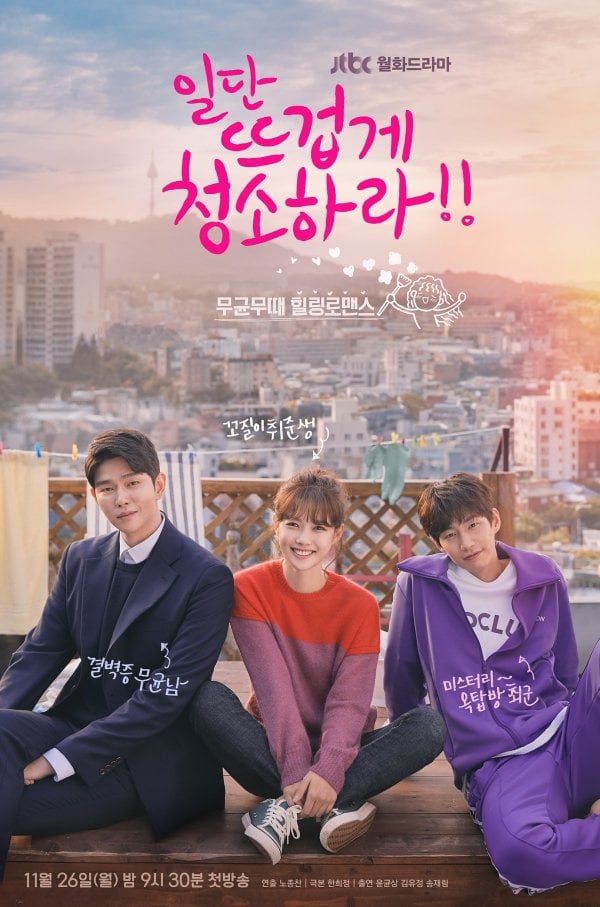 The production team of “Clean with Passion for Now” stated, “Based on their strong acting skills, Yoon Kyun Sang and Kim Yoo Jung created whole new characters compared to the original webtoon’s characters. The couple’s chemistry with Song Jae Rim is extraordinary as well. The actors will maximize the original webtoon’s charms and also show different and unique elements as well. The drama will portray a warm and touching story and allow viewers to experience fun. Please look forward to these talented actors and their ‘healing’ romance.”

“Clean with Passion for Now” will premiere after the finale of “The Beauty Inside.” It will air on November 26. Stay tuned for more updates!