On November 8, JTBC’s Monday-Tuesday drama, “Clean with Passion for Now” revealed photos of Kim Yoo Jung and Yoon Kyun Sang’s first encounter. The drama will tell the romance between a CEO of a cleaning company and a passionate job seeker who has no time for cleaning up after herself.

In the revealed photos, Yoon Kyun Sang looks perfectly tidy while wearing sanitary gloves. However, he seems uncomfortable at the sight of a person wearing a horse mask and a janitor’s uniform. Kim Yoo Jung appears to be the one under the mask, all covered in sweat and with messy hair. Yoon Kyun Sang’s surprised look and Kim Yoo Jung’s miserable look on her face strikes viewers as the couple’s expressions are very different. 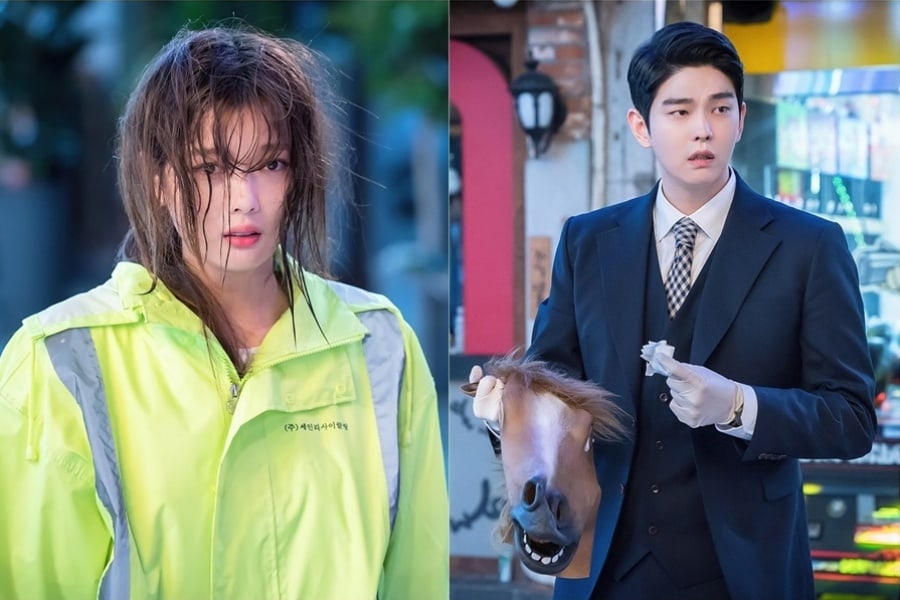 The production team of “Clean with Passion for Now” said, “Yoon Kyun Sang and Kim Yoo Jung, the actors who are talented in emphasizing the charms of their characters, synergize with each other in their acting. They are leading the drama with their skills that go beyond expectations, and they will show a whole new kind of romance with their unique energy.”

“Clean with Passion for Now” is set to air after the finale of “The Beauty Inside.” It is scheduled to air on November 26, 9:30 p.m. KST. Stay tuned for more updates!