As Park Bo Gum tried his hand at various winter sports for the Pyeongchang 2018 special of “Infinite Challenge,” his fellow Coca-Cola sponsor for the event, Kim Yuna, made everyone starstruck with her first appearance on the show in eight years.

At the end of the April 22 episode, Kim Yuna appeared in the studio with Yoo Jae Suk and Yang Se Hyung. This being the first time Yang Se Hyung has ever met her in person, he said in awe, “Amazing.” 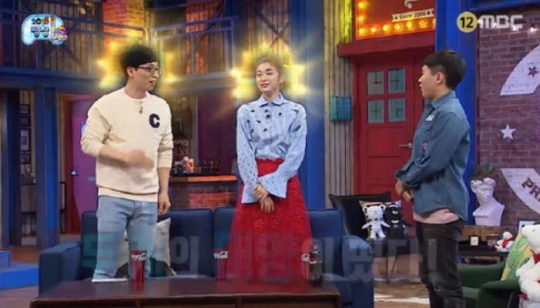 He added, “Since I’m here with Yoo Jae Suk and Kim Yuna, it’s like there are two suns shining next to me. I feel shy. They shine so brightly.”

Kim Yuna also received a lot of questions from Yang Se Hyung, such as what she has been up to for the past four years ever since retiring from competitive figure skating after the Sochi 2014 Olympics. 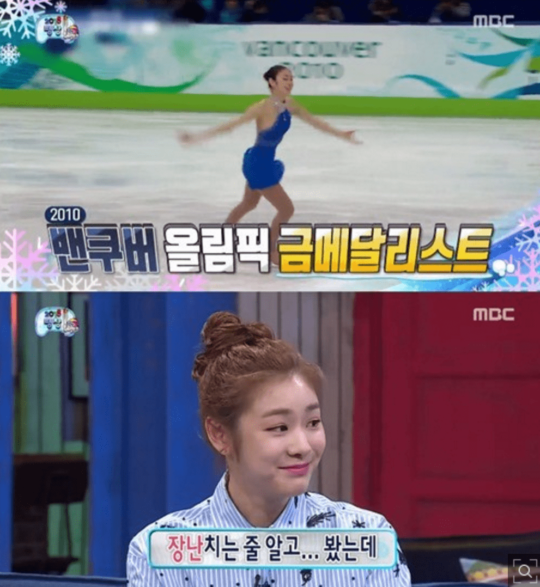 She added, “I was intimidated because I had to do all the presentations, but I thought it was an honor just to be there and it didn’t feel quite real.”

When asked if she enjoys a regular life, she said, “I don’t do anything special. I do the same things that everyone my age does. I often go to Gangnam, Apgujeong, and Hannam [popular neighborhoods in Seoul].”

She also said that she had recently been helping currently competing South Korean skater Choi Dabin with her choreography and revealed to viewers and Yoo Jae Suk that the Olympic torch relay would be open for nominations from anyone in the country.

Watch the latest episode of “Infinite Challenge” on Viki below!