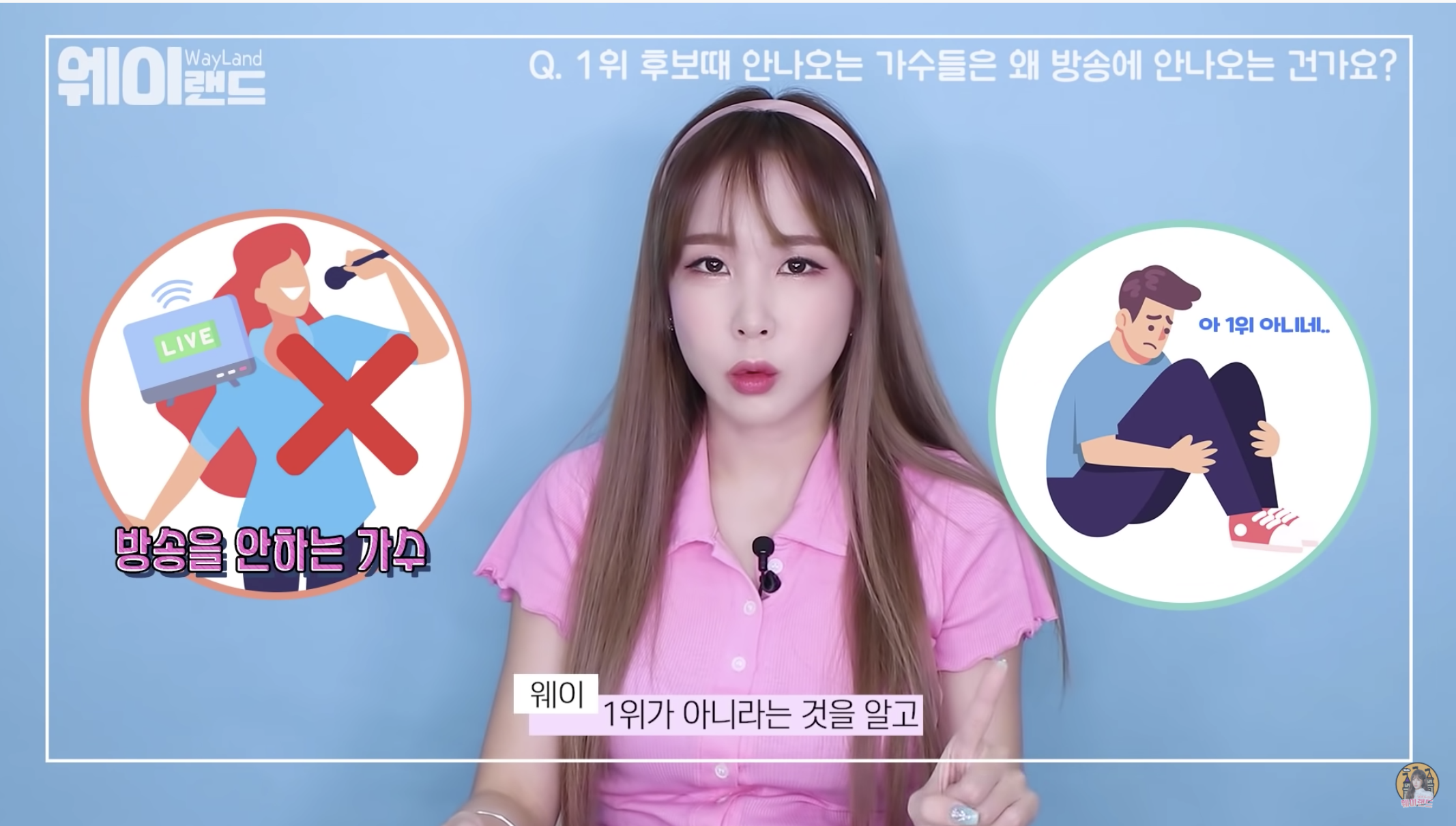 On every music program in Korea, idols perform their hits followed by an announcement of who won the show of the week. 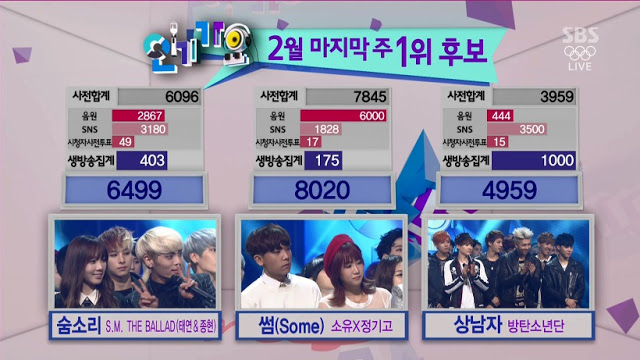 And ahead of the announcement, the potential candidates for 1st place are shown side by side on the stage if they’re present, or on the screen, if they’re not. 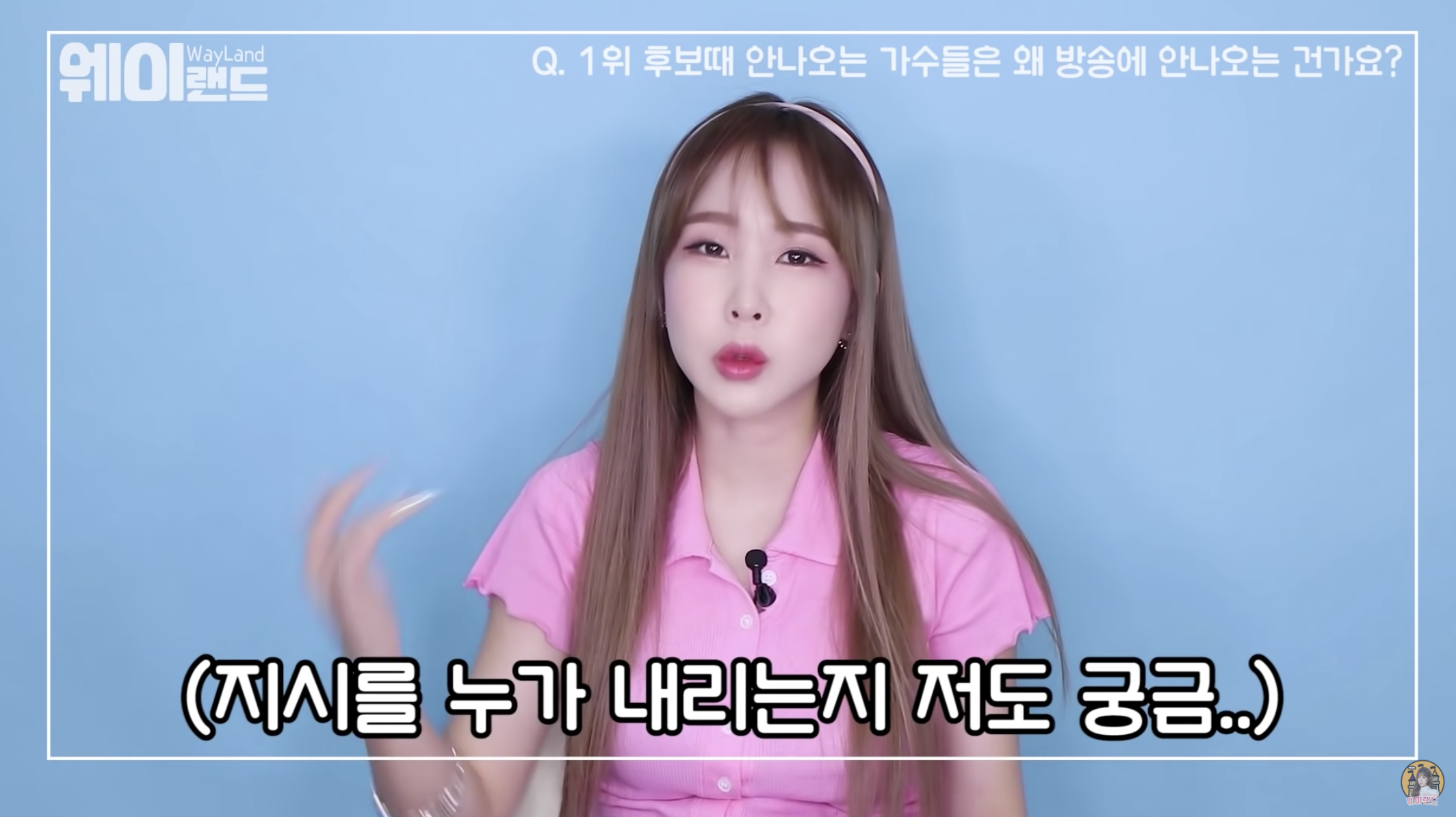 Regarding why some 1st-place runner-ups are absent from the show, Way provided two possible options.

They’re either idols that don’t normally participate in music programs, or they went home because they found out they didn’t win 1st place and went home mad.

According to Way, some idols are notified whether they won or not on the day of the show, but that she’s seen some idols go home because they found out following rehearsals that they didn’t end up winning.

There are times when the agency goes, ‘Hey, let’s get out of here.’ Then they all leave.

However, Way added that only large agencies are capable of pulling out after already securing a spot on the show and completing rehearsals. 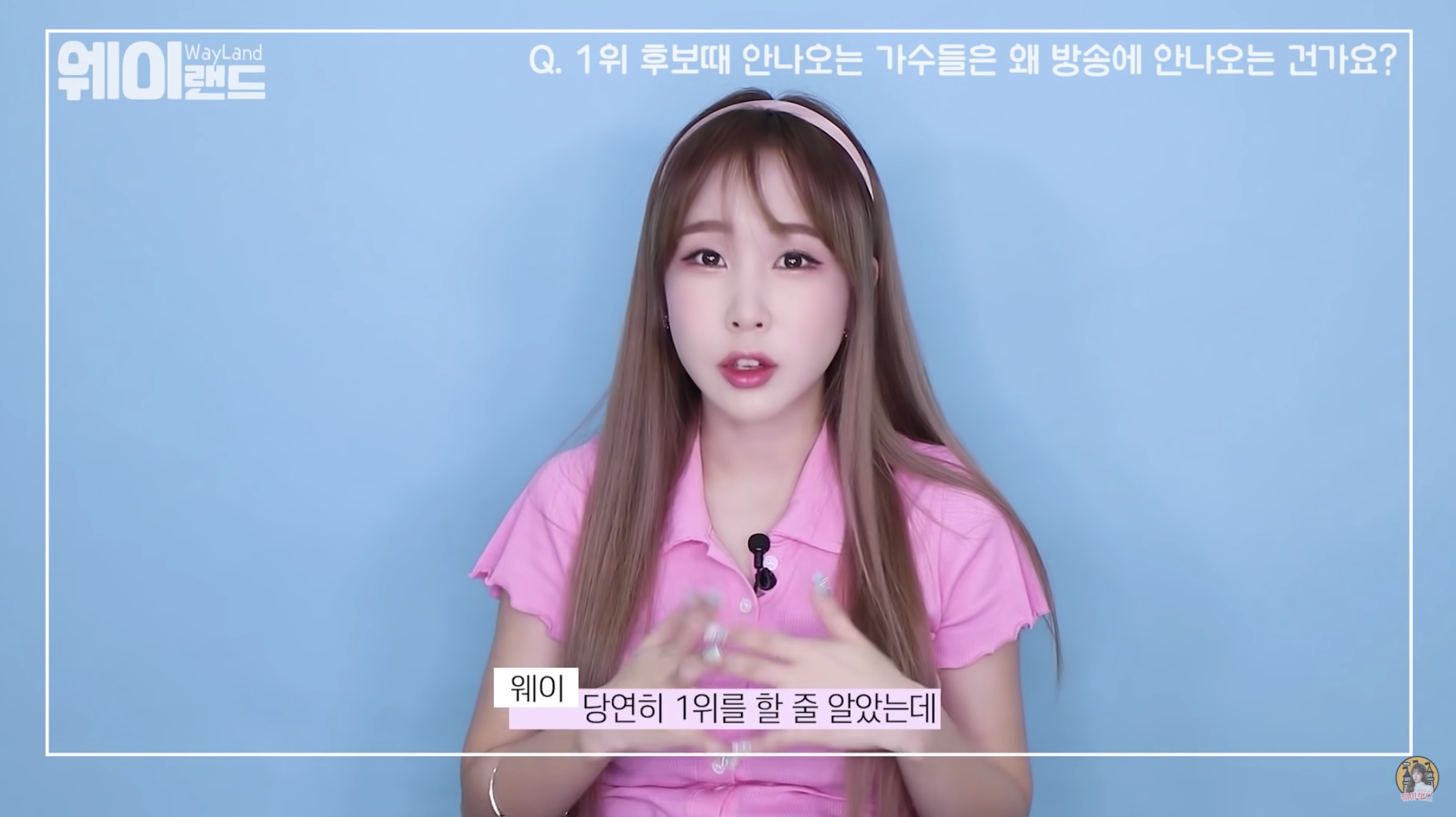 While this may only apply to some cases, Way shared that she has witnessed this before.

As a result, there are times when there are fallouts between the idols, agency, and the broadcasting station. But this isn’t the reason for everyone. Sometimes, it’s just because of a schedule conflict.

It’s quite common for winners to be absent from music programs, so it’s enlightening to hear the possible reasons from a formal idol! 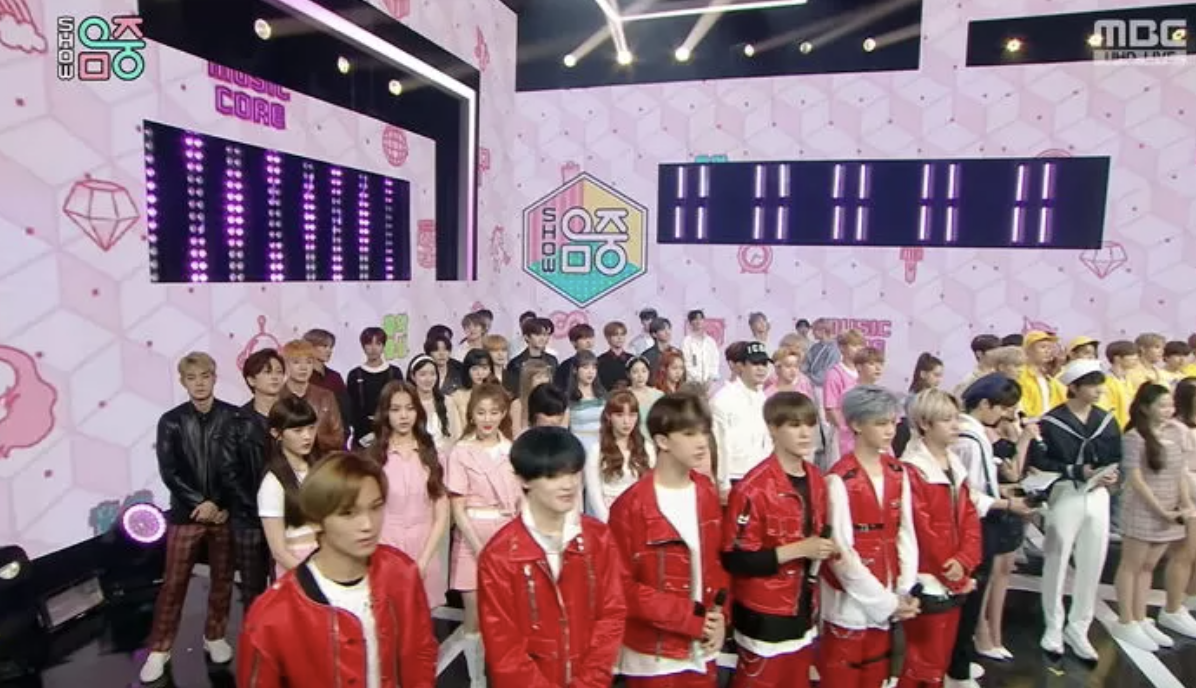