WOODZ, better known as Cho Seungyoun, has recently released concept teasers for his upcoming album. As the teasers have him dressed in a traditional Plains Natives’ headdress, many international fans have stepped up to point this out as cultural appropriation. Due to the recent influx of feedback of cultural appropriation in K-Pop, news has spread to Korean online communities as well. 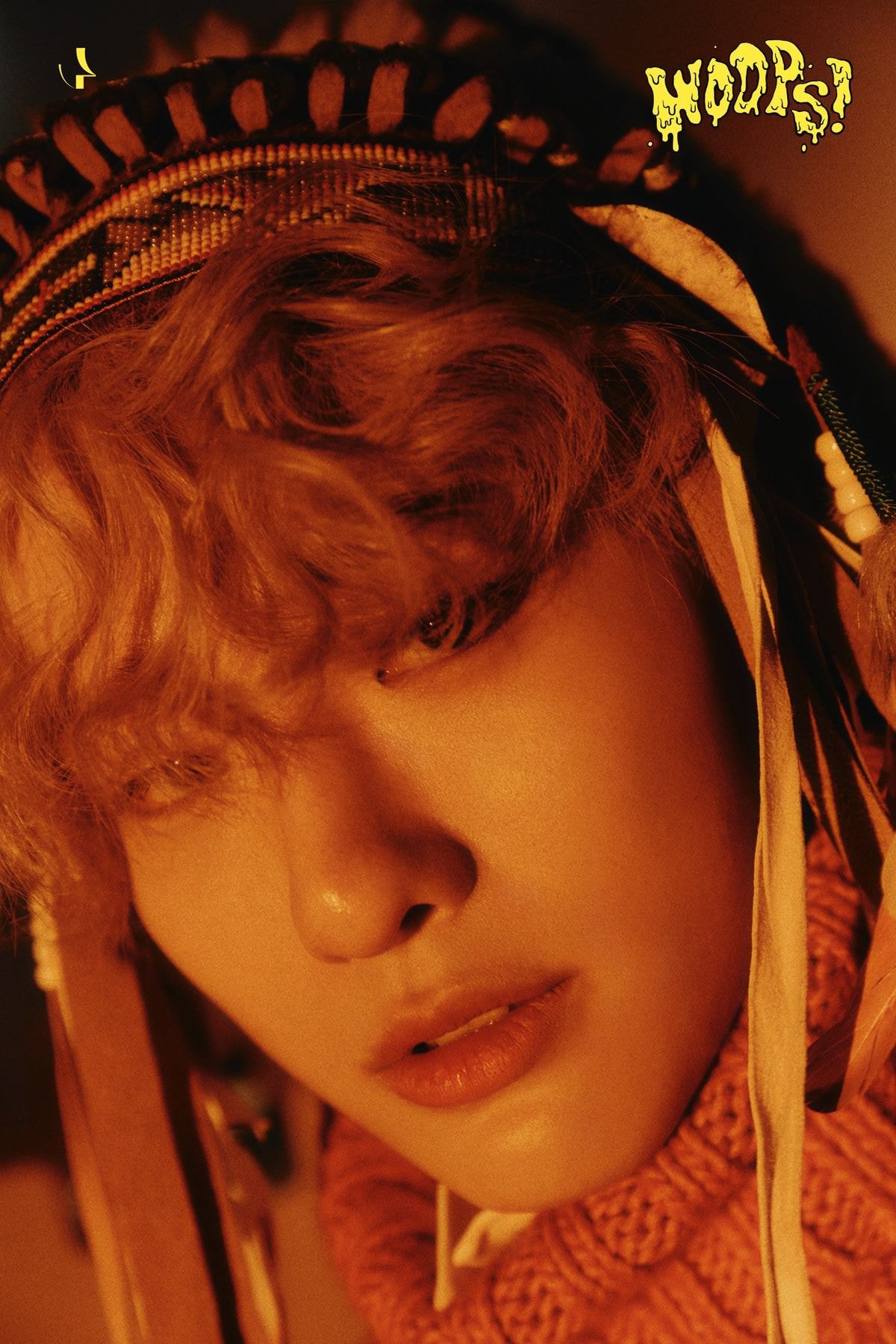 It seems that international fans have been uploading their concern to the official fan cafe in hopes that WOODZ or his team will take note. 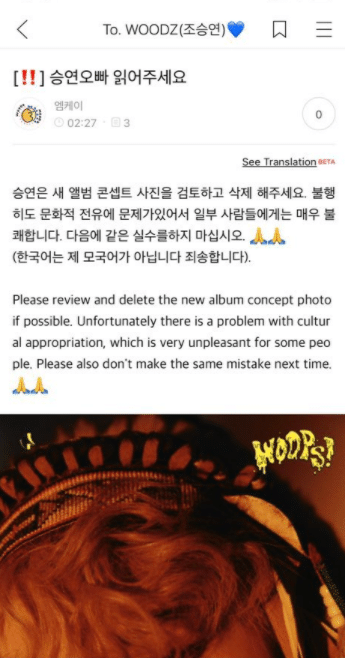 With multiple posts about it, Korean fans and netizens have also caught wind of the situation. 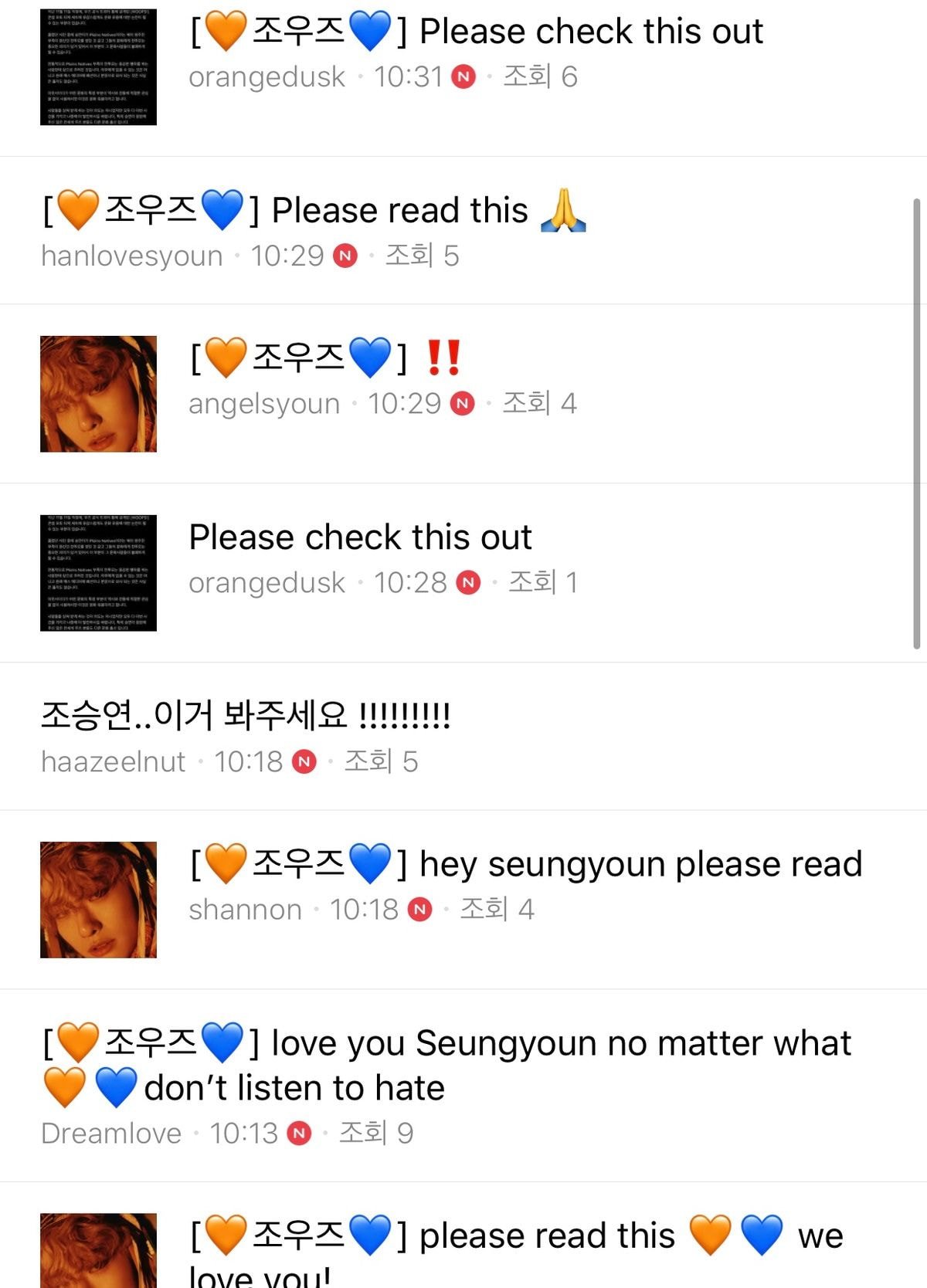 Korean netizens have responded with mixed emotions. Some claim that this is inevitable due to the global era, and state a need to respect culture. Others are tired of the situation. 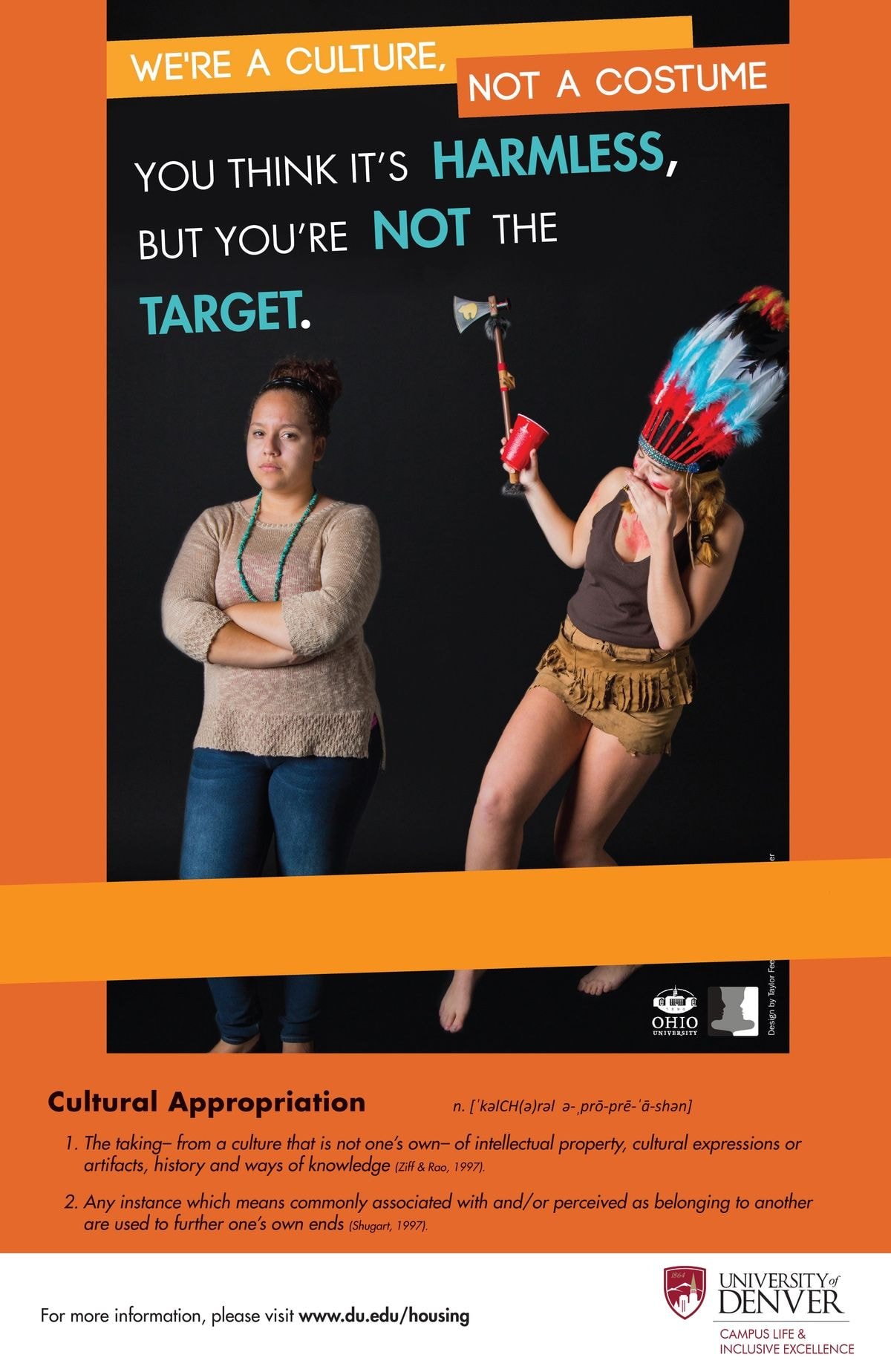 One netizen went as far to attach the following campaign poster with the comment, “They already even made a campaign to tell people not to do this, so why are people still fussing about what the problem is or asking why they’re against it?”

In other news, WOODZ will be making a comeback with WOOPS! on 17 November 2020.