As YG Entertainment was criticized once again for having their artists caught up in drug scandals, Korean citizens began petitioning for all artists from YG to be banned from promoting.

Although the original petition censored out “YG”, news reports have confirmed that the details inside the article can only point towards one agency. 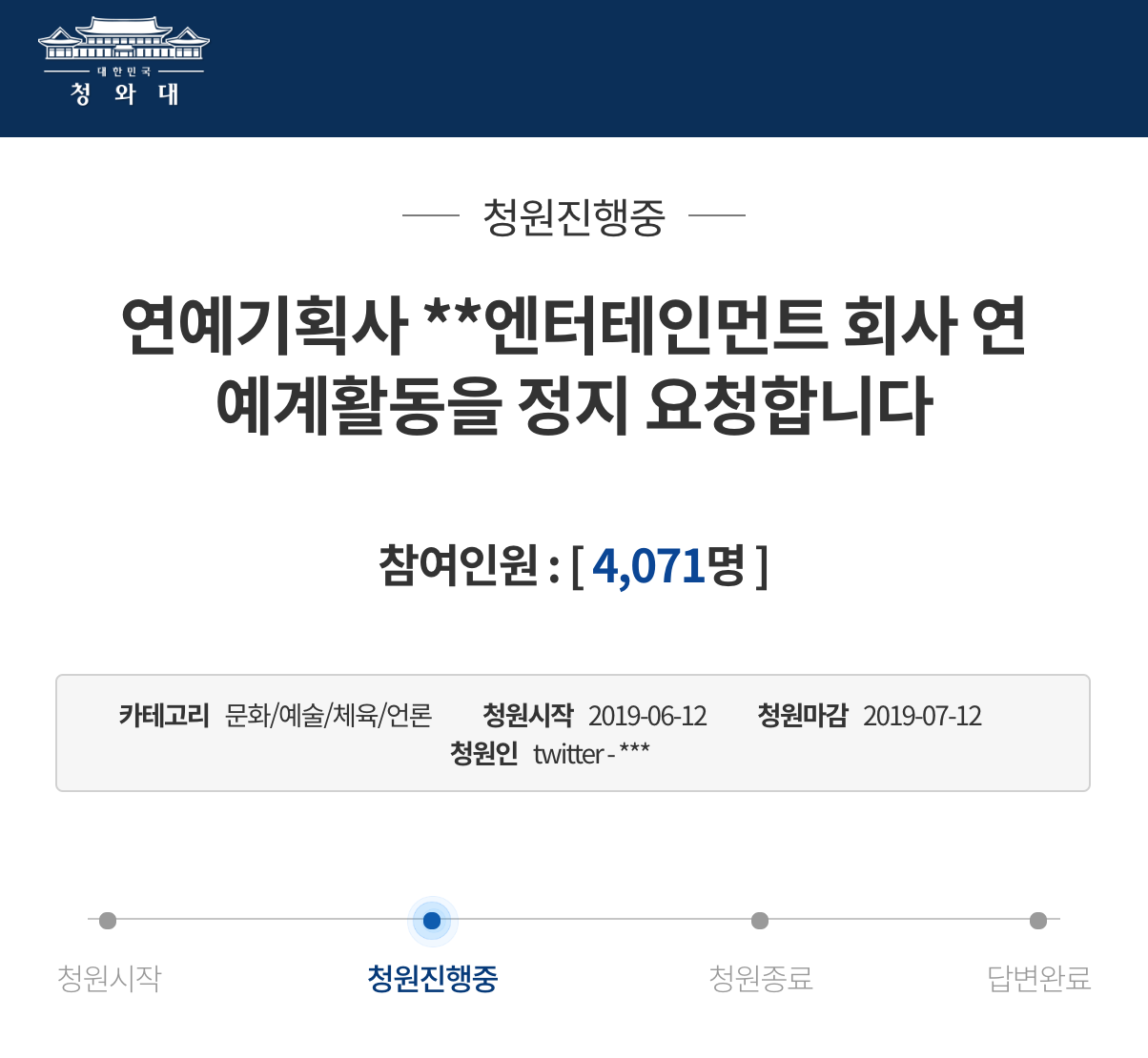 Titled “Petition To Halt All Promotions From Entertainment Agency, YG Entertainment“, the petition has officially begun taking signatures as over 4,000 citizens have signed within hours and the number continues to grow rapidly.

The petition listed all of the scandals that YG has been linked to in the past and asked all YG related artists be banned from broadcast and media until the investigations are over.

The petition will be open to collect signatures until July 12.

Check out the full petition details below:

In the midst of the Burning Sun scandal, [YG]’s CEO [Yang Hyun Suk] was even accused of soliciting prostitution. Although he is not with [YG] anymore, a world renown artist who was under the label was also a source of [YG]’s scandals.

We ask for all aspects of the scandals be thoroughly investigated to reveal the truth.

It’s hard to say that all of these cases were simply speculation as so many illegal drug scandals arose from this one agency. There has to be a definitive problem with the internal system in the company.

We believe that they should all be stopped from appearing on all broadcast and media, and should be thoroughly investigated.

As all of these problems arose over a long period of time from one agency, we believe CEOs [Yang Hyun Suk] and [Yang Min Suk] should leave the entertainment industry.